Khloé Kardashian was seen out in Calabasas with her philandering ex Tristan Thompson on Saturday after his latest cheating scandal played out on her family’s Hulu show, The Kardashians.

The 37-year-old Good American founder shared an awkward side hug with the 31-year-old NBA star as they loaded their four-year-old daughter True into the backseat of an SUV.

Reunited: Khloé Kardashian was seen out in Calabasas with her philandering ex Tristan Thompson on Saturday after his latest cheating scandal played out on her family’s Hulu show, The Kardashians 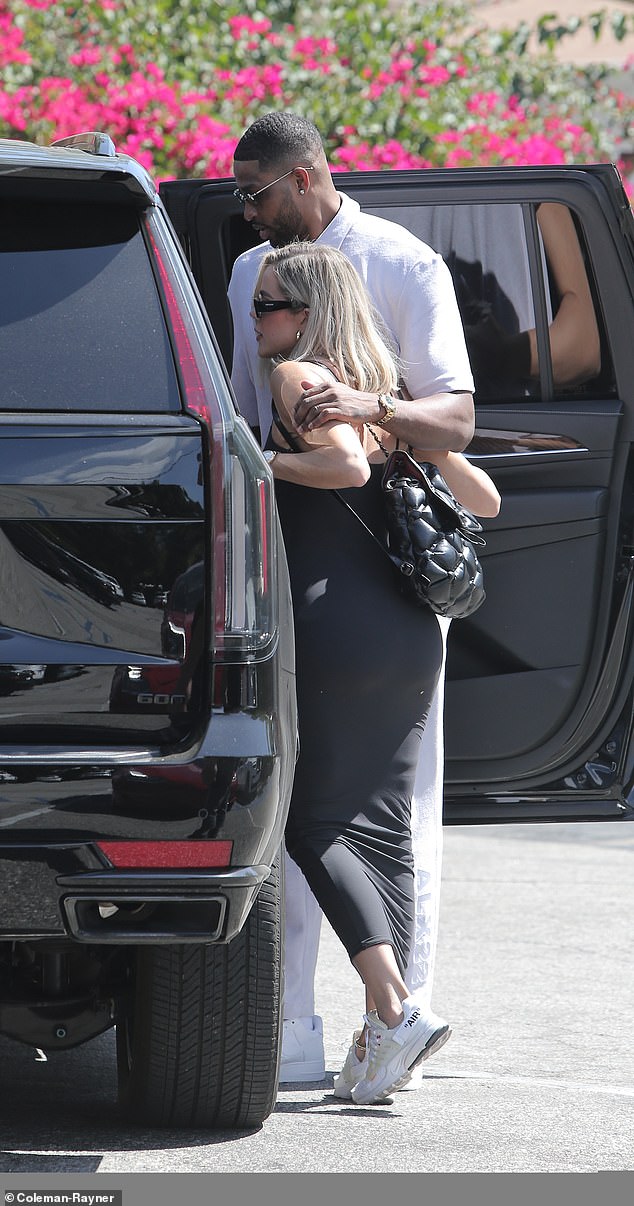 Awkward: The 37-year-old Good American founder shared an awkward side hug with the 31-year-old NBA star as they unloaded their four-year-old daughter True from the backseat of an SUV

Khloe and the gang had attended True, Dream and Chicago’s dance recital earlier in the day – which Khloe proudly shared snap of with her Instagram following.

Before stepping out with her family, Khloe moved to swiftly shut down a rumor about her current love life on social media.

She took to the comments of a Instagram account that follows Kardashian–Jenner drama to set the record straight. 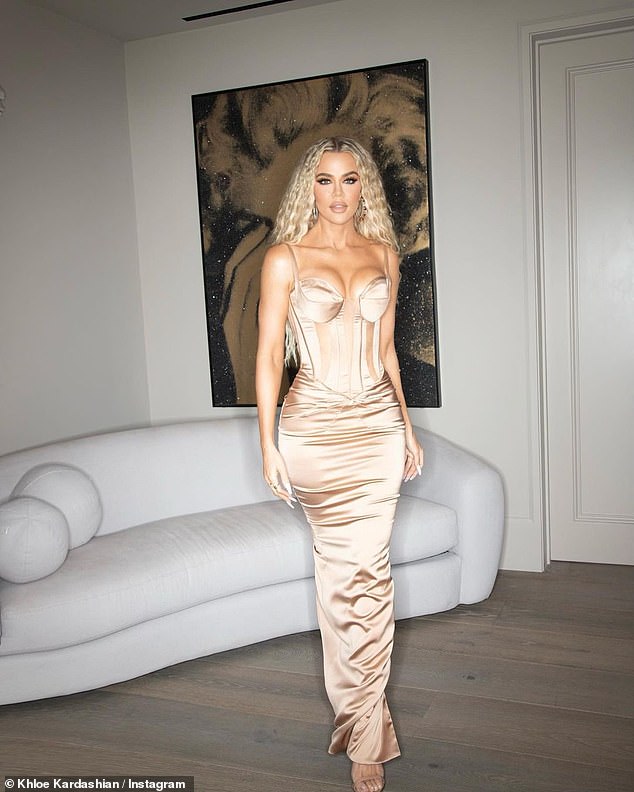 Khloé’s rumored hookup was first mentioned after Deuxmoi posted a message wondering when she would move on with a new man.

In an update, an anonymous person claimed that Khloé was ‘seeing another nba player…’

Asked who it was, they replied, ‘No my boss couldn’t remember his name, sorry!’

The Instagram Stories post was shared later on Saturday by the account Kardashian Social, which admitted that the rumor might not have been true, but gushed, ‘I know she doesn’t need anyone but I CANNOT WAIT for her to have someone like Kravis and Kete one day because I know she will!’

Then Khloé jumped into the comments to deny that she was seeing anyone new. 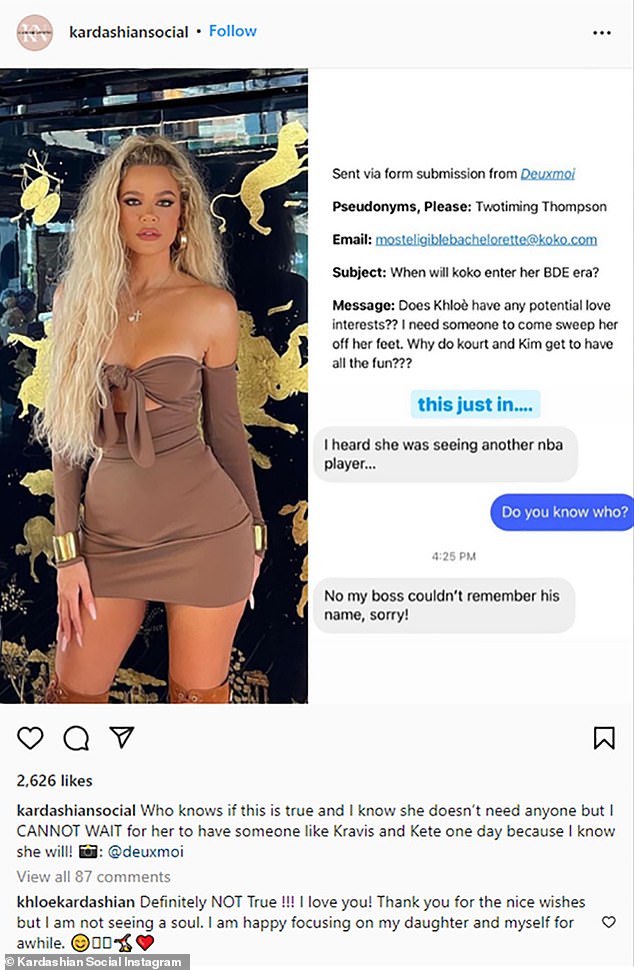 Focusing on herself: In response to the claim that she was seeing an NBA player, Khloé said it was ‘Definitely NOT True!!!’ She said she was focused on herself and daughter True Thompson 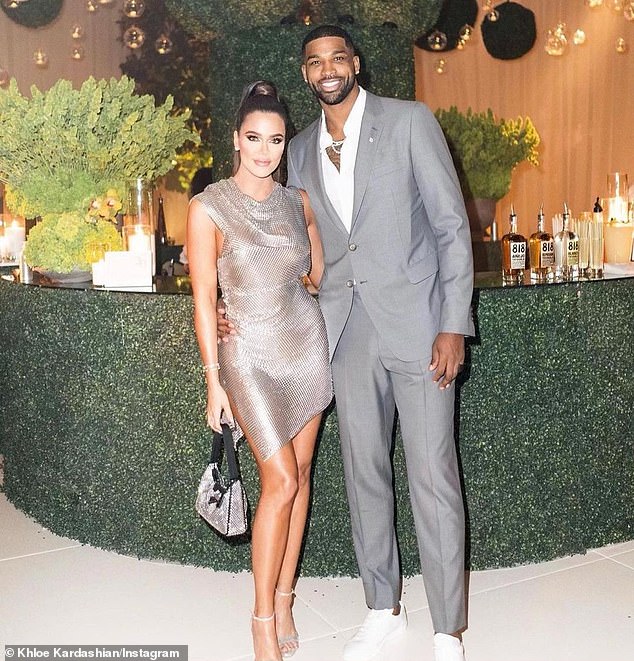 Tristan and Khloé share their daughter True Thompson, four. They ended their relationship for good in December, shortly before he admitted to having fathered a child with Maralee Nichols

‘Definitely NOT True !!! I love you!’ she replied. ‘Thank you for the nice wishes but I am not seeing a soul. I am happy focusing on my daughter and myself for awhile.’

Khloé and Tristan’s relationship ended for good in December of 2021 after he was accused of fathering a child with another woman, Maralee Nichols.

He later admitted to having had sex with Nichols, before admitting in January that a paternity test had showed that he was the father of her child.

He and Khloé share their daughter True Thompson, four. 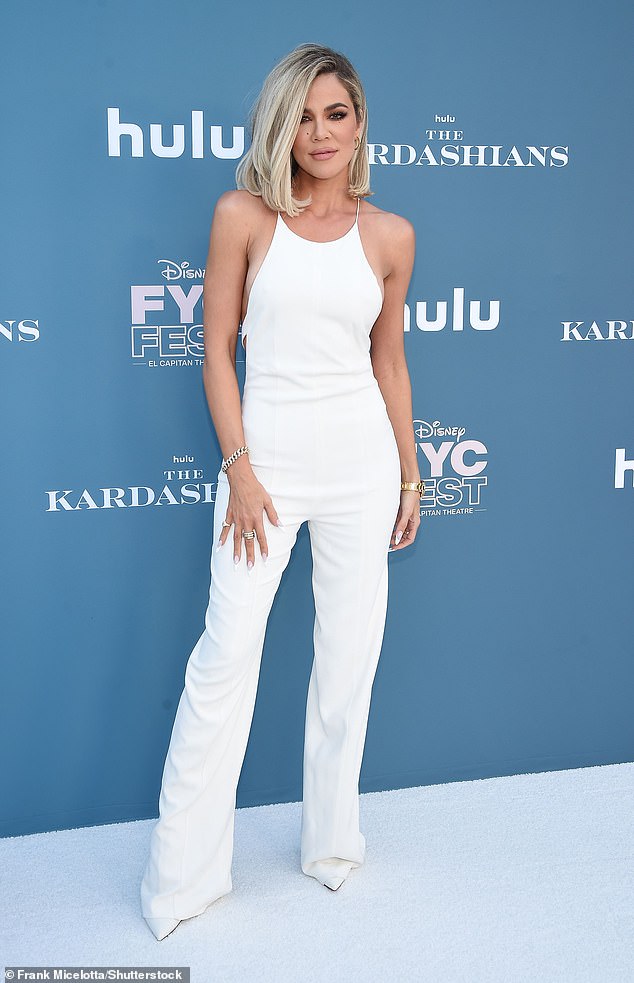 Working through it: Khloé’s statement that she’s staying single for the time being comes after she admitted at an FYC event on Wednesday in Hollywood that watching the scandal replayed on The Kardashians is a ‘form of therapy’ for her

Khloé’s statement that she’s staying single for the time being comes after she admitted that watching the scandal replayed on The Kardashians is a ‘form of therapy’ for her.

She made the admission while joined by her mother Kris Jenner and sister Kendall Jenner at a For Your Emmy Consideration event for her family’s new Hulu reality series on Wednesday.

‘It’s not easy, but it’s also, I think, a form of therapy for me at the same time, and I like to see how the rest of my family responds to things,’ she said, according to Just Jared.

‘Those little things mean a lot to me, and I like to see that stuff, just how the whole family — not about this situation, but any situation — how we all rally around one another in times that are hard for us.’ 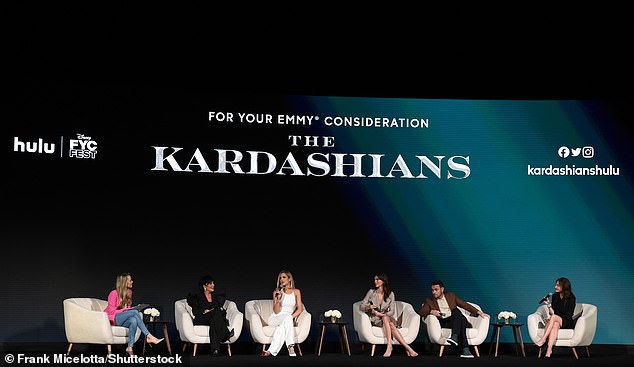 Together forever: ‘We all rally around one another in times that are hard for us,’ she said of her family; Khloé seen with Kris Jenner (second to left) and Kendall (third to right) on Wednesday in Hollywood

Khloé’s fury over the revelation that Tristan had fathered a child was recently featured on The Kardashians, and she was seen getting a tense early morning phone call about the news from her sister Kim.

She credited the crew and The Kardashians’ showrunner for helping to make her comfortable enough to share such intimate moments with the world.

‘We’re so lucky and honored through that, and [showrunner] Danielle [King] is with us in the field every day,’ she said. ‘If we didn’t feel safe or comfortable to tell our stories, or to feel that we can be vulnerable… Yes, we know it’s going to go on the big screen one day, but you can be your raw, open self when you have a great team around you.’

She also noted that the family members all have boundaries as to what they won’t allow to be filmed or aired, but some are more private than others.