Dancing on Ice star Kevin Kilbane fears that a dazzling diamond engagement ring he bought for his fiancee Brianne Delcourt is fake, MailOnline can reveal.

Kilbane paid £30,000 for the stunning three-carat diamond sparkler, which he presented to Delcourt when he popped the question last month at swanky London restaurant STK.

But since then the BBC football pundit has been frantically searching for the celeb jeweller he purchased it from to put his mind at rest that he has not been duped into buying a dud. 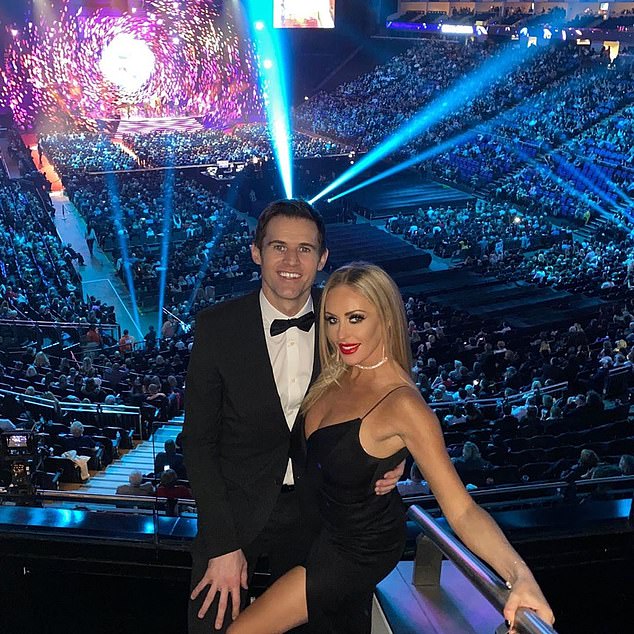 The couple got engaged just two months after they began dating, the weekend after being eliminated from the show, with Kevin popping the question at a steakhouse

Last week, Kilbane turned up at the jeweller’s Hertfordshire home looking for him and even desperately asked neighbours if they had seen him.

The whereabouts of the diamond trader – whom MailOnline isn’t naming – are currently unknown.

He is well known for selling expensive jewellery and watches to footballers and other top-end clients.

A source told MailOnline: ‘Kevin was worried sick that he’s paid a lot of money for a fake ring.

‘He said that he’d been looking for the jeweller for quite a while and has been constantly ringing him but hasn’t been able to get in touch with him. 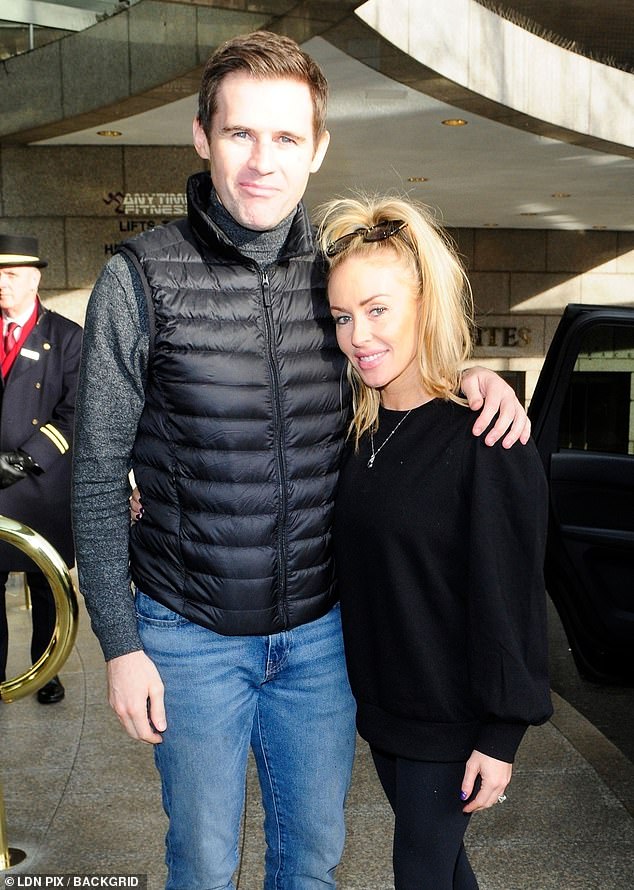 ‘If I’d paid all that money for a ring and then thought it was a fake, I’d be dead worried too. I felt really sorry for him.’

When MailOnline visited the trader’s home there was no reply. Neighbours reported that they had not seen him for almost three weeks. 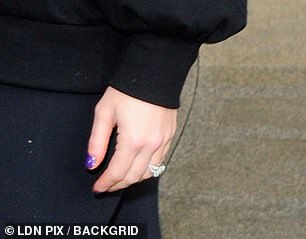 Brianne, 39, showed off the ring when Kilbane popped the question

One said: ‘There’ve been been quite a few people looking for him. We haven’t got a clue where he is, the whole thing is a bit of a mystery. But let’s just say that he is quite a colourful character.’

Kilbane, 43, and Delcourt, 39 met on the popular ITV show four months ago.

The Canadian skater posted a video online of the former Everton and Republic of Ireland footballer serenading her in a restaurant before dropping to one knee and proposing.

‘He was worth the wait,’ she wrote in a separate post. ‘Kev, you’ve made me the happiest girl in the world. You’re my fairy tale ending.’

Last month, Kilbane revealed that he had asked Delcourt out after week one of the show and she said no initially, but changed her mind after they spent more time together. 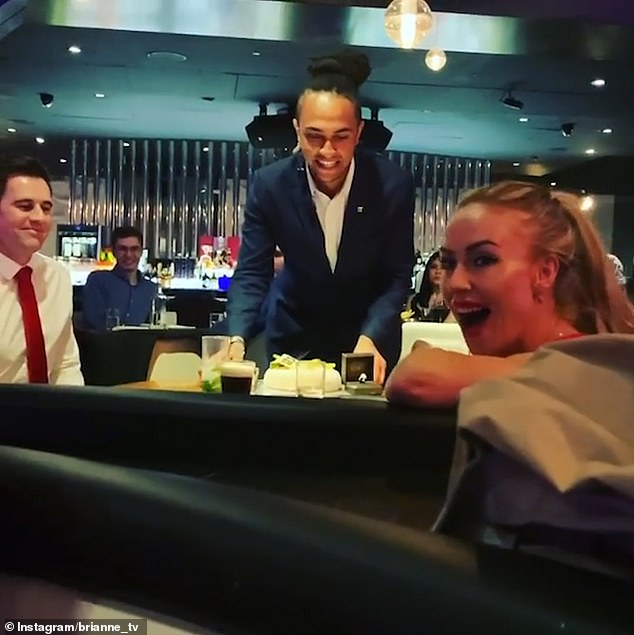 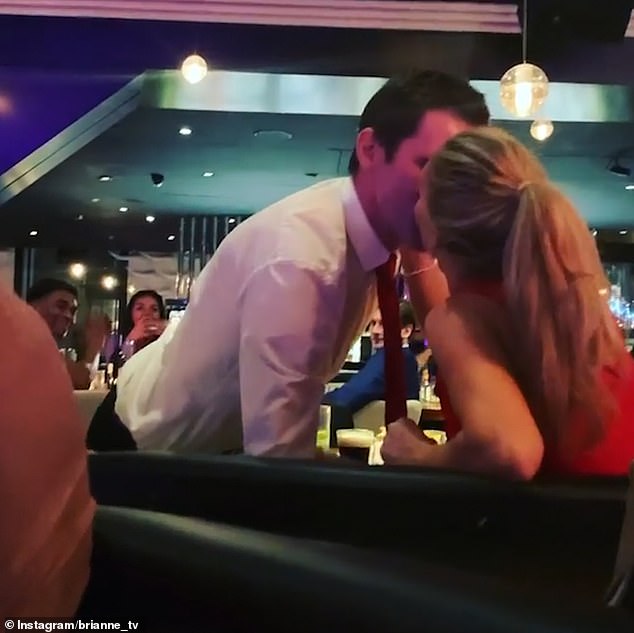 The former football player, 43, was seen singing a song to his pro skating partner while in STK steakhouse before dropping to one knee and popping the question

‘There was an attraction with Brianne the first time I met her,’ he revealed in an interview with OK! magazine. ‘But it was way more than that. Everything clicked.’

The couple have recently moved in together.

In 2001, the jeweller was exposed in a national newspaper sting after he sold two fake Cartier rings and a fake Cartier bracelet to undercover reporters.

It was also revealed that her had sold jewellery to leading footballers at the time including David Beckham, Rio Ferdinand, Dwight Yorke and Andy Cole.