Kevin De Bruyne is now only FOURTH choice Man City captain after he was demoted in a player vote, having last led the team out in Champions League final defeat by Chelsea – as Ilkay Gundogan steps up to to vice-captain

By Joe Ridge for MailOnline

Kevin De Bruyne has reportedly been relegated to Manchester City’s fourth-choice captain after a vote by Pep Guardiola’s squad.

Fernandinho remains as club captain after signing a one-year contract extension in the summer, with Ilkay Gundogan taking over vice-captain duties from De Bruyne and Ruben Dias now third in line, according to The Telegraph.

De Bruyne last led the team out in last season’s Champions League final defeat by Chelsea, when Fernandinho was left on the bench by Guardiola. 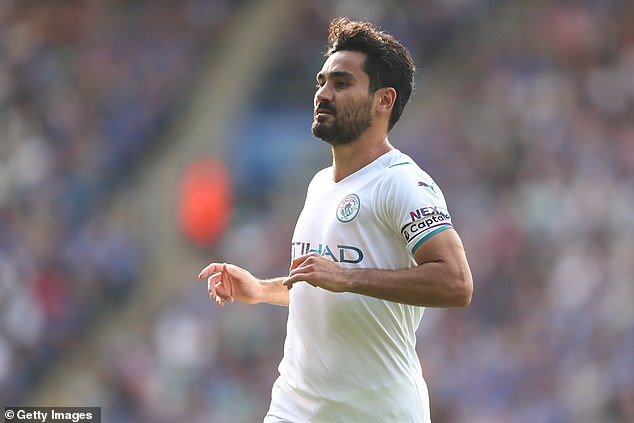 German international midfielder Ilkay Gundogan has been promoted to vice-captain

Guardiola has allowed Manchester City’s players to vote in their captain each season since Vincent Kompany’s retirement in 2019.

David Silva took over the armband for what would prove to be his final season in 2019-20, before Fernandinho assumed the role of skipper last year.

With the Brazilian veteran having turned 36 in May, his playing time will only continue to diminish, meaning Gundogan will often captain the side.

Dias’ promotion to third-captain ahead of De Bruyne comes after he was named PFA Player of the Year in his debut season at the club.