Sir Keir Starmer and Mark Drakeford have visited a brewery in Wales ahead of the Senedd elections – despite the government still banning pubs from reopening.

Welsh Labour is promising new jobs and major investment for the region including a medical school for Bangor and a new national park.

Sir Keir, thrown out of a pub in England recently by a landlord angry at Labour’s opposition during the pandemic, visited the Wrexham Lager brewery with the First Minister.

‘It’s about jobs – jobs for the future, green jobs, it’s about the NHS, the future of medicine and medical supplies in North Wales.

‘That is fantastically important for those that are under 25 and everybody else who cares about the next generation. 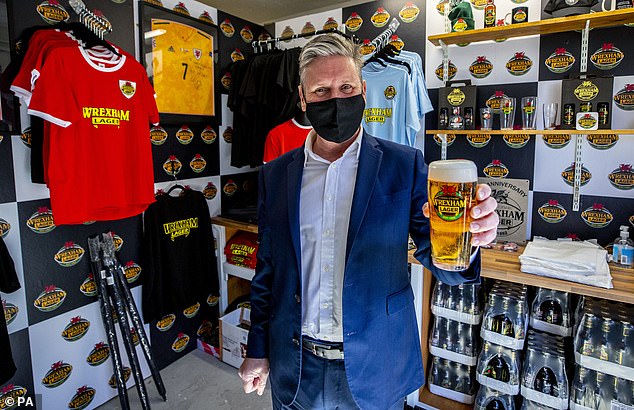 Sir Keir, thrown out of a pub in England recently by a landlord angry at Labour’s opposition during the pandemic, visited the Wrexham Lager brewery with the First Minister 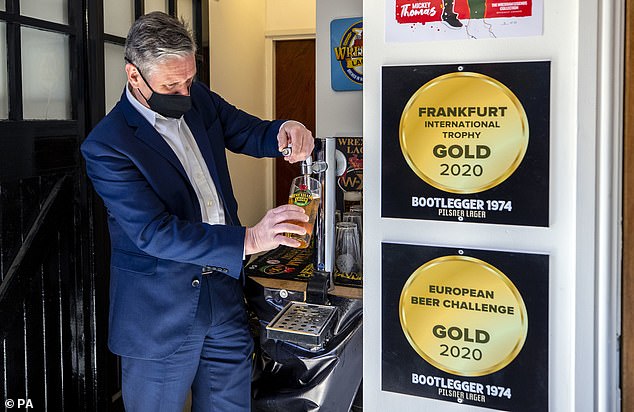 Sir Keir added: ‘His leadership has been extremely good in this pandemic and I’ve been talking to people of all different political persuasions who say that Mark Drakeford and Welsh Labour have led through this pandemic very carefully in a reassuring way, that has taken Wales through a very, very difficult period.

‘And that is his record that he’s proudly standing on. Coupled with that he’s got the ambition for the future.’

Sir Keir pulled a pint of lager at the brewery before sipping his drink, and Mr Drakeford – the man who still has Welsh pubs closed – also drank.

But social media users asked why they were allowed in a brewery when the public cannot go to the pub.

Tony Willis posted: ‘Why are you in a pub when we are not allowed?’

Another put: ‘He’s literally stood in the pub doorway supposedly drinking a pint which is against the law in wales thanks to welsh labour.’

One woman asked: ‘How were you in a pub in North Wales? Pubs are not even open in Wales yet. Drakeford says so.’

And another added: ‘You cannot by law invite people INTO your pub under covid rules… only can be served at outside tables…’ 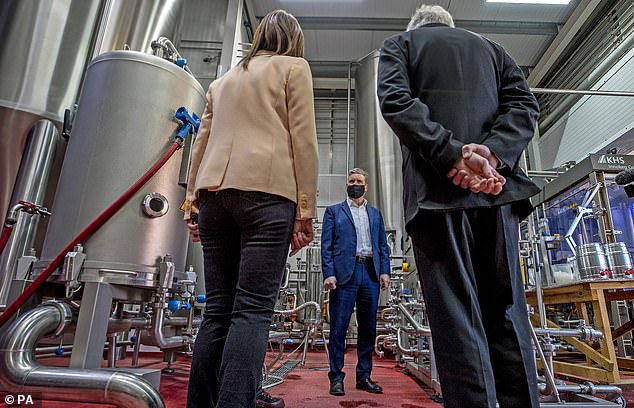 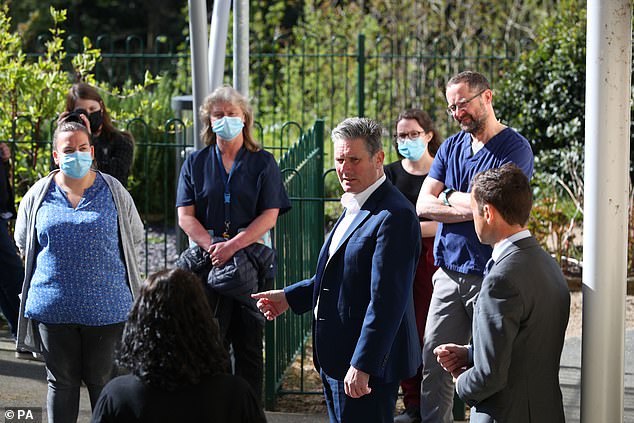 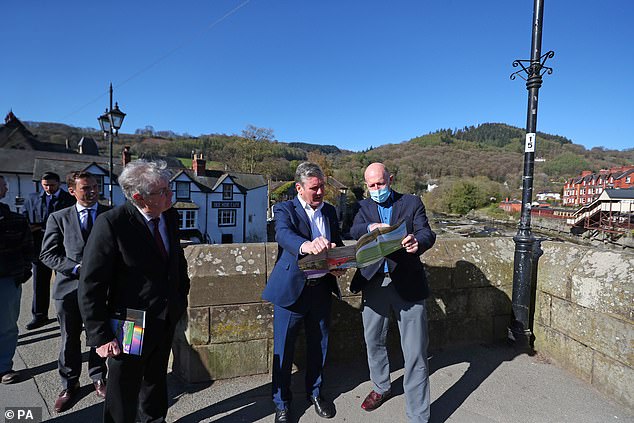 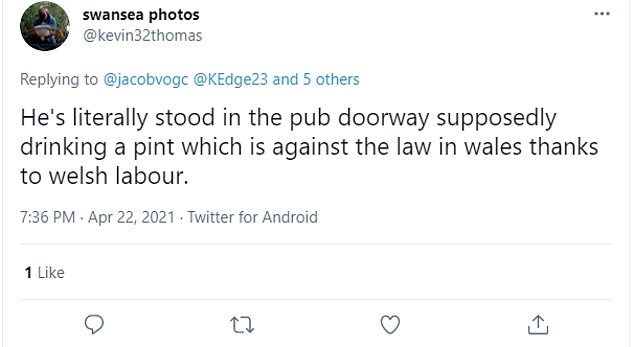 The Labour leader was  thrown out of a pub earlier this week after being confronted by a landlord furious he supported the lockdown which had closed his business.

Rod Humphris, the lockdown-sceptic landlord of the Raven in Bath, had to be held back by security guards as he demanded Sir Keir leave.

He shouted: ‘That man is not allowed in my pub… get out of my pub’.

The incident was captured on camera by reporters amid a visit to the city to support West of England metro mayoral candidate Dan Norris ahead of the elections.

Mr Humphris accused him of having ‘failed to be the opposition’ by supporting the lockdown and backing plans to make schoolchildren wear masks. 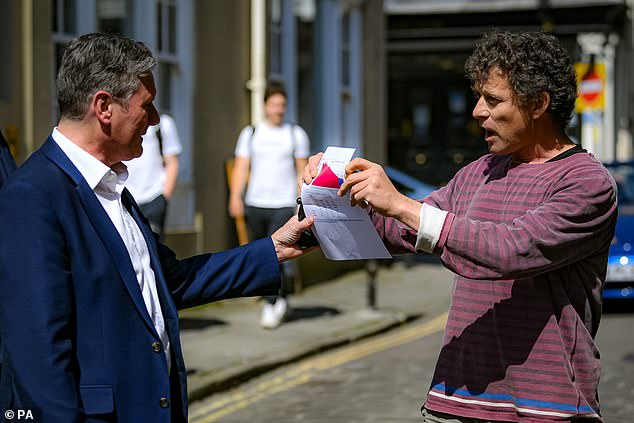 Mr Humphris clashed with Sir Keir outside, accusing him of having ‘failed to be the opposition’ by supporting the lockdown and backing plans to make schoolchildren wear masks

Wales is two weeks behind England in lifting restrictions, with pubs only opening after lockdown for the first time on Monday.

Wales has the lowest level of virus infections in the UK and is third in the world in terms of vaccine delivery.

But Mr Drakeford said he will continue to listen to the scientific evidence as restrictions are lifted.

‘I’m hopeful we can do more, now that we know the numbers are as low as they are.

‘But we will do it in a way that continues to make sure that people in Wales are safeguarded from what is still a global public health crisis.’

He is expected to make an announcement about Covid-19 restrictions on Friday. The Welsh Parliament election will take place on Thursday May 6.