Keir Starmer desperately dodged saying whether he is ‘woke’ today amid warnings that he is out of step with Red Wall voters.

The Labour leader insisted Britons ‘haven’t got the faintest idea’ what the term means as he faces growing alarm over the party’s prospects.

Tories are increasingly bullish about the prospects of winning the Batley & Spen by-election next month – in what could be a make-or-break test for Sir Keir.

But in an LBC radio phone-in this morning, Sir Keir complained that he had been hit with a ‘strong headwind’ since taking charge because of the pandemic.

Pressed repeatedly by host Nick Ferrari on whether he was a ‘woke bloke’, Sir Keir said: ‘The latest poll I saw 90 per cent of people haven’t got the faintest idea what you are talking about when you say ”woke”. And a good thing too.’ 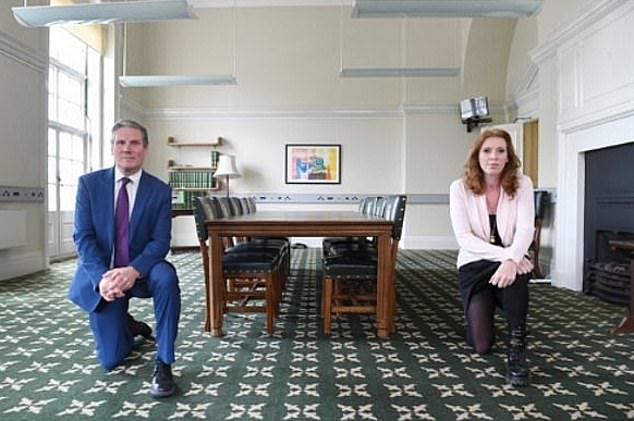 Ferrari pointed out that Sir Keir seemed unwilling to condemn universities for taking down a portrait of the Queen, was evasive on whether Scottish footballers should take the knee, and had been talking about the gender recognition act.

But the Labour leader said: ‘I’m not getting into a discussion about woke and not woke.’

Sir Keir – who memorably posed ‘taking the knee’ in his office – refused to condemn Scotland for deciding not to perform the gesture, apart from when they play against England.

‘That’s a choice for each team and Scotland will make that choice, England have taken a different choice. And I respect that,’ he said.

He added: ‘I profoundly don’t think you should boo your own team before kick-off.’

Tories have been gloating that Labour is being destroyed by ‘woke wars’.

A recent poll found satisfaction with Sir Keir’s performance has tumbled to minus 29 – on a par with the figure recorded by Jeremy Corbyn after 14 months in charge of the party.

Nearly half of Labour supports think he is doing a bad job, and crucially for the Red Wall he is seen as far less patriotic than Boris Johnson. 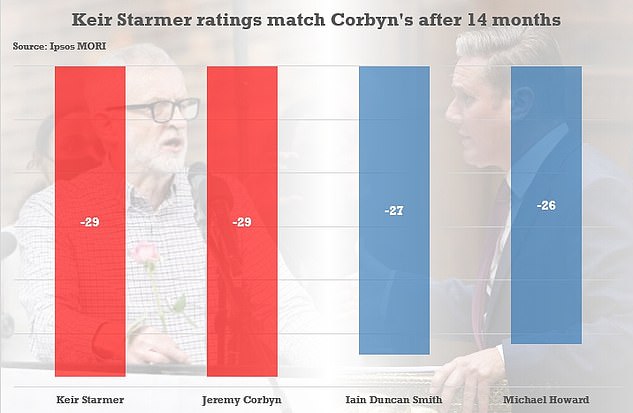 Justifying his own dismal ratings today, Sir Keir said: ‘We’ve been up against a pretty strong headwind – the vaccine rollout this year has been fantastically successful (and) all credit to the NHS on the front line.

‘We’ve had a Government paying the wages through furlough of 4.5 million people for a year, and that is a pretty steady headwind to be sailing into.’

Sir Keir continued: ‘If you look across the countries across Europe as well, incumbent governments – those in power during a pandemic – tend to be supported by the people because people look to their government, so there is a steady headwind.’

‘I’m going to spend the summer on the road in different communities across the country having these conversations.’