Keep calm and carry on…in the kitchen! Prince William beams with joy as he dons an apron to whip up a dish with children during charity visit to Slough after Prince Harry demands apology from the Royal Family

The Prince of Wales beamed with joy as he got stuck into some cooking with children at a charity centre in Slough this morning.

Prince William, 40, spent the morning touring the Together as One headquarters in Slough ahead of its 25th anniversary next month.

The organisation was founded in the late 1990s in response to several incidents of gang violence between young people from Asian backgrounds in the Berkshire town.

The father-of-three appeared in good spirits as he greeted staff and volunteers at the centre before then getting stuck into making some chicken teriyaki for lunch.

During the tour of the centre, Prince William will learn about how the charity has spearheaded projects with an emphasis on mental health and tackling bullying, knife crime and racism.

He then took part in charity’s Global Grub cooking programme, which teaches young people how to cook nutritious meals amid the cost of living crisis.

As he walked into the kitchen, the Prince exclaimed: ‘Oh it smells good in here!’

After being informed by staff that they were prepping a chicken teriyaki dish, the father laughed: ‘What time is it? 10, 11 in the morning?’ It makes the stomach start rumbling!’ 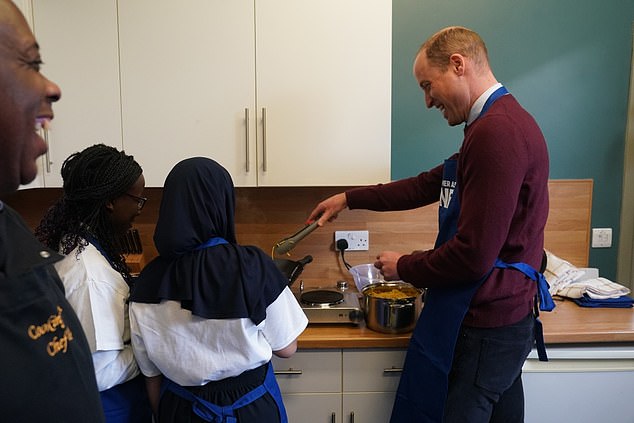 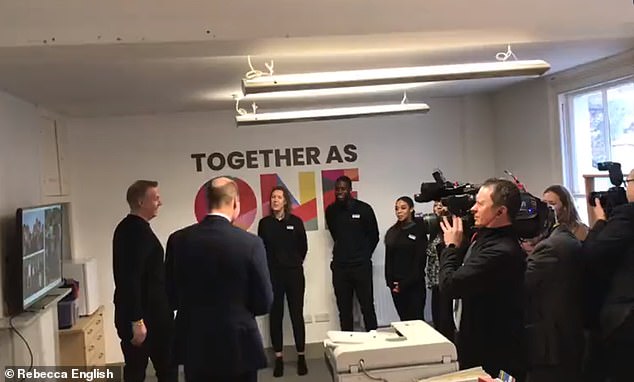 While getting stuck into cooking, William was joined by the charity’s young carers to hear about the work they do looking after parents and siblings and how they are supported by Together as One.

Before departing, The Prince will meet with a group of young volunteers who have led a broad range of projects in their community, including providing clothes and meals for people experiencing homelessness, campaigning against violence against women and girls, and training their peers in schools to resolve their conflicts nonviolently.

Today’s engagement marked the first time William had been seen in public since Prince Harry’s latest attack on the Royal Family.

Over the weekend, the Duke of Sussex has further demanded an apology from his family to his wife Meghan, as he told them: ‘You know what you did’ and urged them to ‘come clean’. 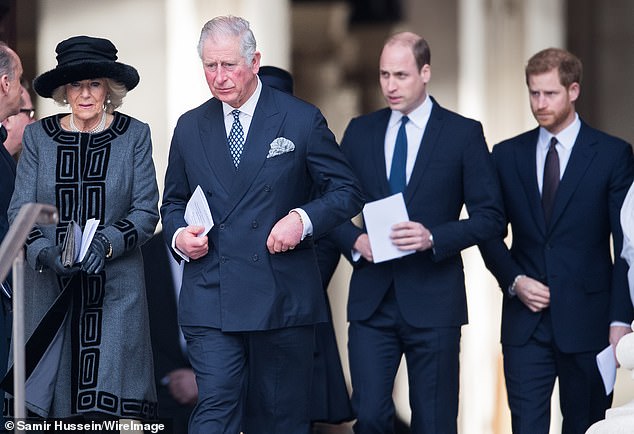 In an interview with the Telegraph he said he wanted to help reform the monarchy so that his niece and nephews, Prince George, Princess Charlotte and Prince Louis would not be affected by the concept of the ‘spare’ in the same way he has been.

After expressing concern that one of the Prince and Princess of Wales’s children may end up also feeling like the ‘spare’, he claimed Prince William had ‘made it very clear that the children are not [Harry’s] responsibility’.

Despite several bombshell claims in his memoir, Harry has also revealed the first draft of the autobiography was twice the length of the final draft, but that he ended up leaving details out for fear that his family would not forgive him.

Talking about his family, he said: ‘I wish you’d actually sit down with me, properly, and instead of saying I’m delusional and paranoid, actually sit down and have a proper conversation about this, because what I’d really like is some accountability. And an apology to my wife.

‘Because you know what you did, and I now know why you did it. And you’ve been caught out, so just come clean, and then we could all move on.’