Kay Burley spoke for the first time today since being suspended by Sky News for breaching coronavirus rules, to say she will be on a celebrity edition of The Chase.

The 50-year-old newsreader, who returned to Britain after a holiday in South Africa last weekend, said she would be on the ITV quiz show on Christmas Day tomorrow.

She tweeted a clip from the episode, which saw her asked which was the first of Santa Claus’s reindeer to be named in the poem ‘Twas The Night Before Christmas’.

Miss Burley had responded with ‘Comet’ – which was wrong, with the actual answer being Dasher – and told host Bradley Walsh: ‘I didn’t know. Bah humbug.’

She said in the tweet shortly before 12.30pm today: ‘Twas the night before Christmas … @frontlinechild #thechase #charityspecial #itvchase @itv #ChristmasDay.’ 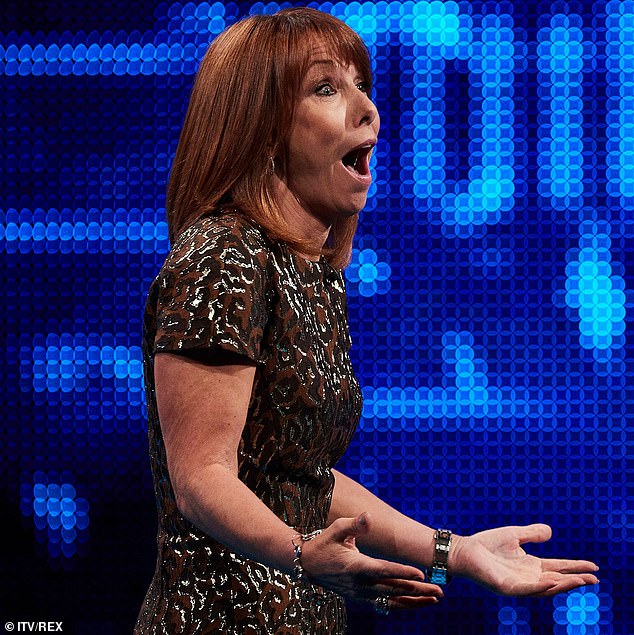 Her tweet was greeted with a mixed response, with one social media user saying: ‘Pleased you’ve confined yourself to only spreading Christmas cheer this time.’

Another asked ‘how’s gardening leave’, a third said ‘the hypocrite returns’ while a fourth cheekily added: ‘Kay, can I get an invite to your next party?’

But another Twitter user said: ‘Happy Christmas, Kay, have a great one, ignore the trolls, you know the ones who didn’t bat an eyelid at DomCom. At least you admitted your mistake, apologised and took the punishment.’

On the show, Miss Burley was supporting Frontline Children, a Wiltshire-based global children’s charity focused on helping children who are caught up in conflict and war.

The programme was filmed before the TV presenter’s now-infamous 60th birthday party in London on the night of December 5 which saw her visit a restaurant with nine other diners then use a different restaurant’s bathroom after the 11pm curfew.

Miss Burley then continued the party at her Knightsbridge home with three others.  She was taken off air for six months following an internal investigation by Sky. 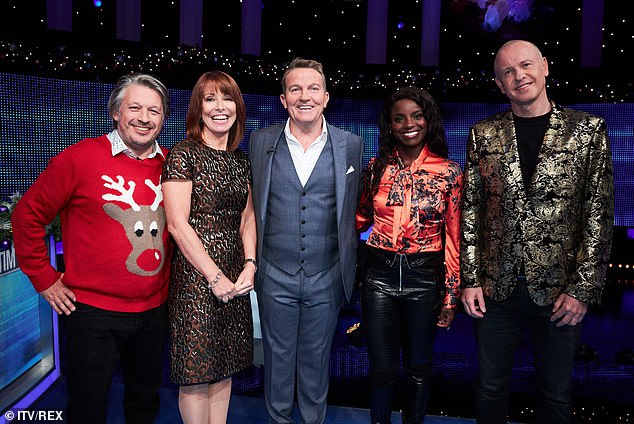 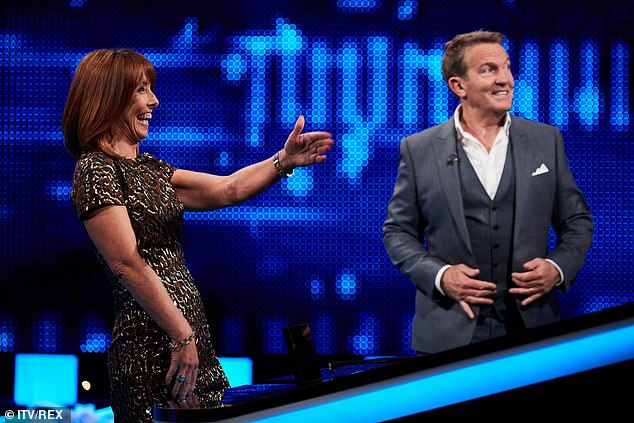 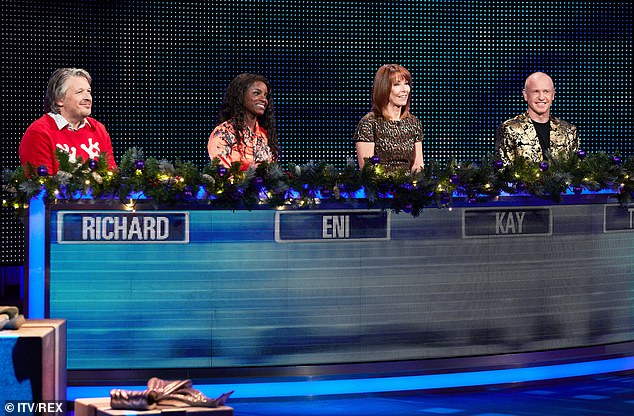 Sky’s political editor Beth Rigby and reporter Inzamam Rashid were both taken off air for three months after they attended the meal at Century Club in Soho.

Miss Burley appears on The Chase with fellow contestants Tim Lovejoy, Eni Aluko and Richard Herring as they pit their wits against the Chasers to win a charity prize pot.

The quartet have to work together as a team and play strategically to answer general knowledge questions against the clock and race down the game board.

The show was announced on December 2 with a planned date of Christmas Day, but the Radio Times claims Miss Burley’s appearance is actually on Boxing Day at 6pm.

It comes as Miss Burley was told by the UK Government that she will have to go into quarantine after returning to Britain from South Africa just last weekend.

Matt Hancock said yesterday that a second mutated strain of coronavirus even more infectious than the one already wreaking havoc had originated in South Africa.

The Health Secretary ordered anyone who had returned to Britain from the country within the last fortnight to go into quarantine immediately.

Mr Hancock said the discovery was ‘highly concerning’ and revealed ‘immediate restrictions’ were being imposed on travel to and from South Africa.

Miss Burley was seen last Friday at Johannesburg Airport, this time following the rules by carefully filling out documents to comply with anti-coronavirus measures.

The presenter had spent the previous seven days basking at a £1,500-a-night lodge on her South African safari, as London slipped into Tier 3 with rising infection rates.

Miss Burley was flown 300 miles by light aircraft from the luxury game lodge where she was staying, at Richard Branson’s Ulusaba resort in Kruger National Park. 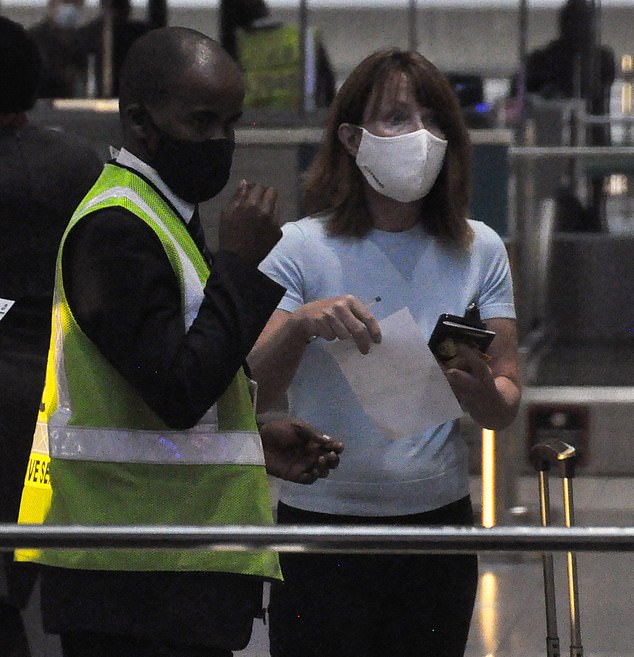 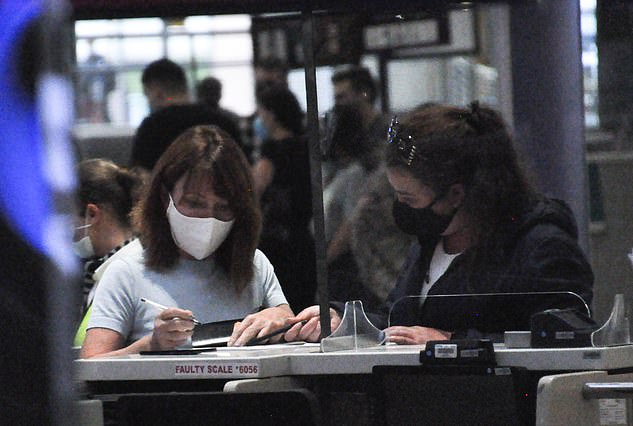 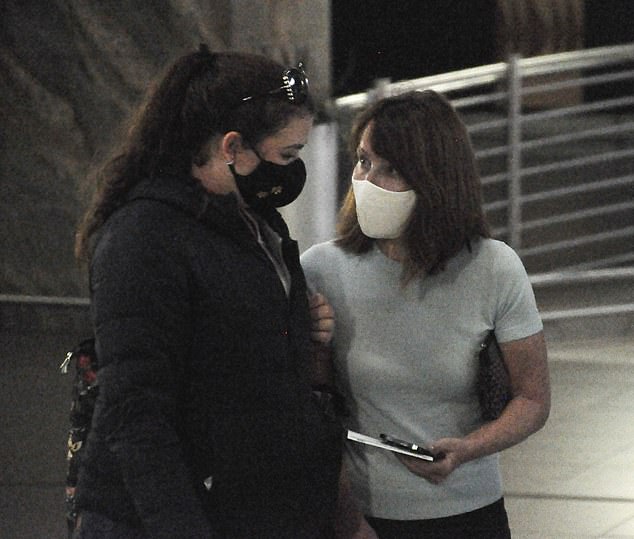 Well-drilled staff mounted a military-style operation to keep their guest away from other patrons during her stay. It is believed she was on holiday with a female friend.

The Rock Lodge at the resort offered her total privacy as the rest of Ulusaba’s guests were accommodated in Safari Lodge some 500 yards below her along a river bed.

Miss Burley apologised to her Sky colleagues earlier this month and branded herself an ‘idiot’ for hosting the party and inviting people back to her home afterwards.

After the incident, a leaked email sent to her Sky colleagues after her party was rumbled saw her admit she had let her team down over the Covid-19 rules breach.

The message read: ‘Dear all, I’m an idiot. ‘I’m really very sorry. I know I have let so many of you down. There’s really nothing else I can say to excuse my actions.’

Miss Burley, Miss Rigby and Mr Rashid have been claimed to be on full pay, although Sky has not confirmed this.

The Chase Celebrity Special is on ITV on Christmas Day, 5pm and Boxing Day, 6pm