It was reported this week that she has been playing it safe since announcing her pregnancy amid coronavirus fears.

Katy Perry seems to have developed a hankering for dill pickles while stuck at home after her series American Idol suspended production.

The 35-year-old singer–songwriter shared a funny photo of herself nibbling on a pickle Thursday on Instagram while joking that she joined the ‘#stayhomeclub.’

‘What day is it even’: Katy Perry, 35, shared a photo of herself developing a pickle craving as the singer–songwriter self-quarantined. ‘wHaT dAy Is It Even,’ she wrote

Katy was dressed casually for a day at home in a salmon-colored graphic long sleeve shirt reading: ‘HOW SOON IS NOW?’

The makeup-free American Idol judge had her blonde bob messily swept back as she gazed serenely out the window.

‘wHaT dAy Is It Even,’ she wrote, adding the hashtag ‘#stayhomeclub.’ 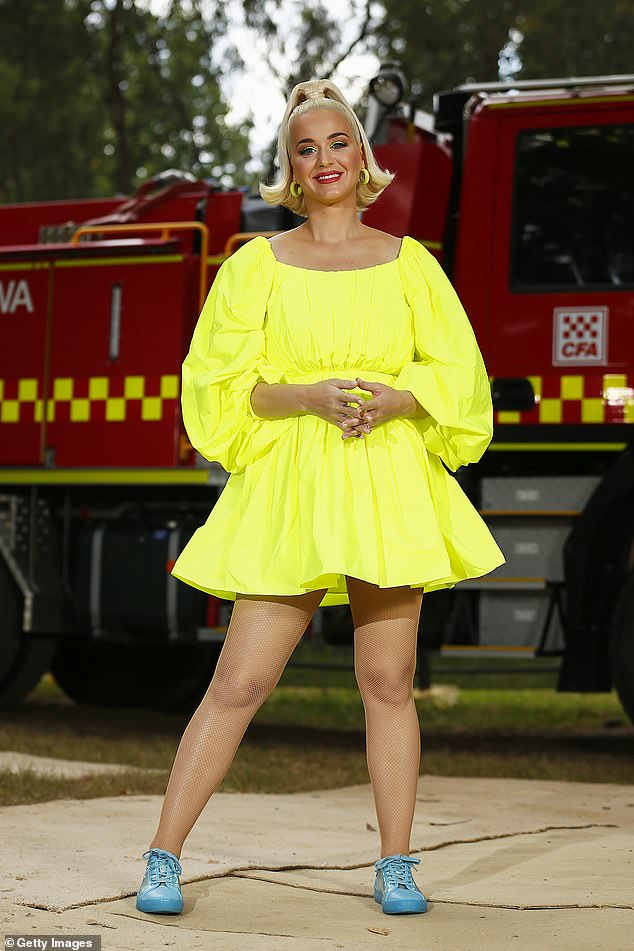 Bright side: Katy joked ‘wHaT dAy Is It Even’ in her caption. She’s been self-quarantining since her series American Idol shut down production earlier this week 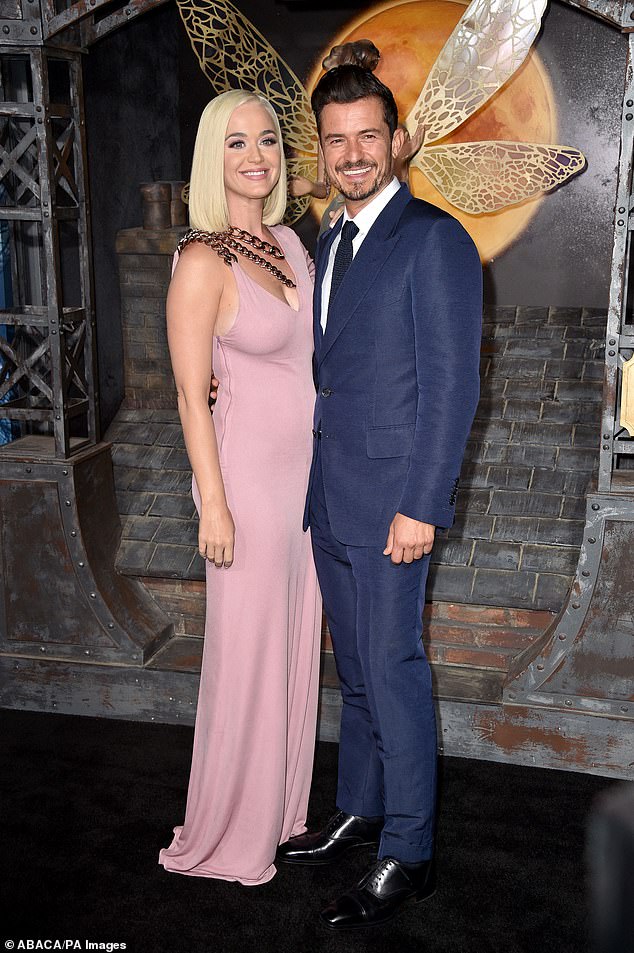 Loved up: The Firework singer recently made the tough decision to postpone her wedding to her fiancée Orlando Bloom, 43, according to Hollywood Life

Though Katy seemed to be joking about going stir crazy at home, home self-quarantine and the global coronavirus pandemic have put her plans on an indefinite hold.

The Firework singer recently made the tough decision to postpone her wedding to her fiancée Orlando Bloom, 43, according to Hollywood Life.

The hit songstress ‘doesn’t want to postpone her wedding, but it’s something that is looking more and more likely by the day,’ an insider told the site.

The source added: ‘It’s unfortunate, but she’s taking it in stride. She’s told friends that they might just do something private at home and then have the big celebration in Japan when this all calms down.’ 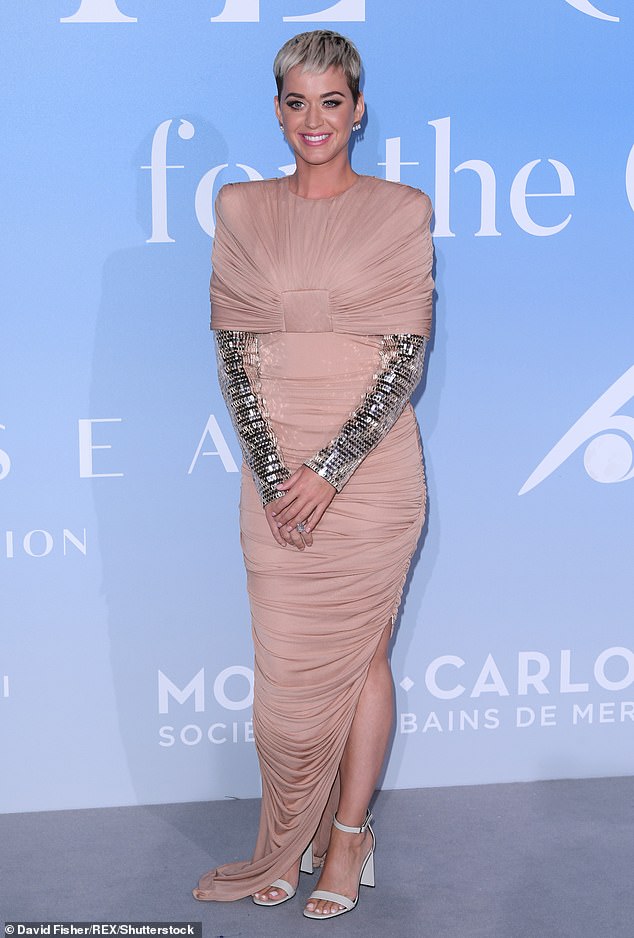 ‘She is just slowing down and trying to enjoy her pregnancy, a source told E! News. The Firework singer reportedly hasn’t bothered to reschedule her wedding yet

On Wednesday, E! News reported that Katy was trying to slow her pace down as her wedding plans stalled.

‘She postponed the wedding and no other dates are being discussed. She is resting at home and taking one day at a time,’ a source said. ‘At this point, she isn’t thinking about the wedding and when it will happen.

‘She is just slowing down and trying to enjoy her pregnancy. She is relieved that she made it home [from Australia] and is feeling good,’ they added.

Also on Wednesday, Katy and the Pirates Of The Caribbean star were spotted on a grocery run at a Whole Foods in Los Angeles, along with her sister Angela and a male friend. 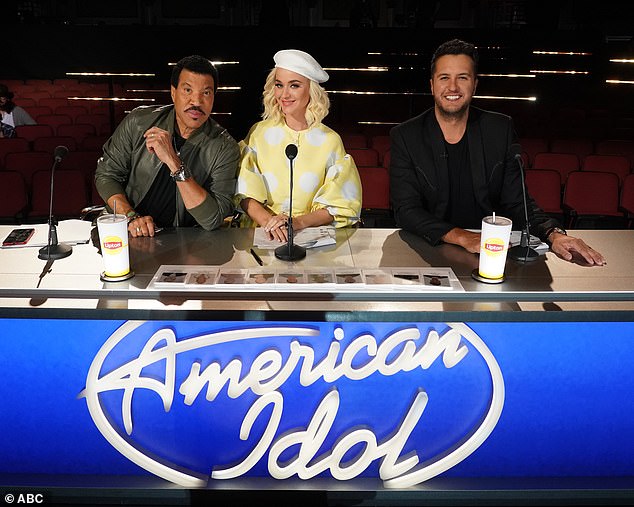 Tremendous trio: It’s unclear if Katy and her fellow American Idol judges Luke Bryan and Lionel Richie will resume filming this year or wait until 2021

The I Kissed A Girl singer had originally planned to continue filming live performances for American Idol without an audience, but those plans were scrapped this week amid the continued spread of the coronavirus.

Following Los Angeles County’s restriction on large gatherings, the long-running talent show closed up shop, though it’s unclear if American Idol will try to resume in April or will wait until next year.

Katy and her fellow judges Lionel Richie and Luke Bryan had already completed some filming for season 18, as well as rehearsal for the now-canceled live shows.