Kathy Hilton has emotionally spoken about daughter Paris Hilton’s struggle to get pregnant with husband Carter Reum in a new interview.

Paris, 41, who wed Carter, 41, in November 2021, has spoken openly about her journey to conceive via IVF, with mom Kathy, 63, telling E! News it ‘breaks her heart’ that the reality star has not yet fulfilled her dream of becoming a mother.

She said: ‘It breaks my heart because I know she is trying and trying and I always say, “Just relax.”

‘So many people, they struggle and it doesn’t just happen like that.’

She added of Paris and Carter: ‘They are so happy, They had their one-year anniversary at the carnival and they want to do that annually. They were like two kids, it was really sweet.’

Back in January Paris revealed that she would like to have ‘probably two or three’ children with Carter Reum.

The DJ told E! News’ Daily Pop that she ‘cannot wait’ to be a mother, gushing: ‘That is definitely one of my top priorities.’ 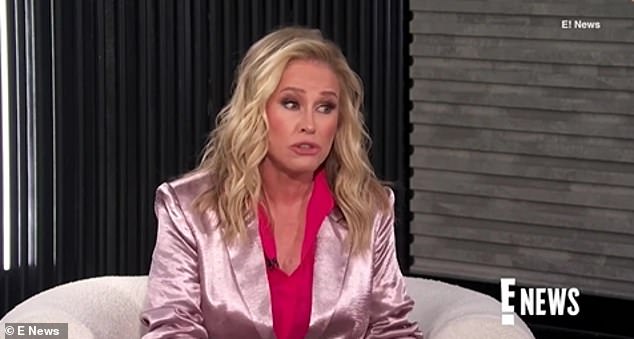 Heartbreak: Paris, 41, who wed Carter, 41, in November 2021, has spoken openly about her journey to conceive via IVF, with mom Kathy, 63, telling E! News it ‘breaks her heart’ that the reality star has not yet fulfilled her dream of becoming a mother

The Simple Life star shared that she wanted ‘probably two or three’ children ‘and I would want twins first – or I don’t know, it’s hard to say.’

Paris, who is the eldest of four siblings and has already had eggs extracted for IVF, dished: ‘Like I always wish I had an older brother, ’cause I feel like if I did they would protect me and things like that…in school. So maybe a boy first.’

In January of last year, before Carter had even proposed to her, Paris revealed that she had begun the process of in vitro fertilization with him.

‘We have been doing IVF, so I can pick twins if I like,’ she divulged during an interview on the Trend Reporter With Mara podcast.

She shared: ‘I’ve already undergone the egg extraction procedure. It was tough, but I knew it would be worth it. I did it a couple of times.’

Paris and Carter had already been ‘planning our babies’ names and all of that,’ she said, adding: ‘Just doing it together and having a partner that is just so supportive and always makes me feel just like a princess all the time…that it wasn’t that bad.’ 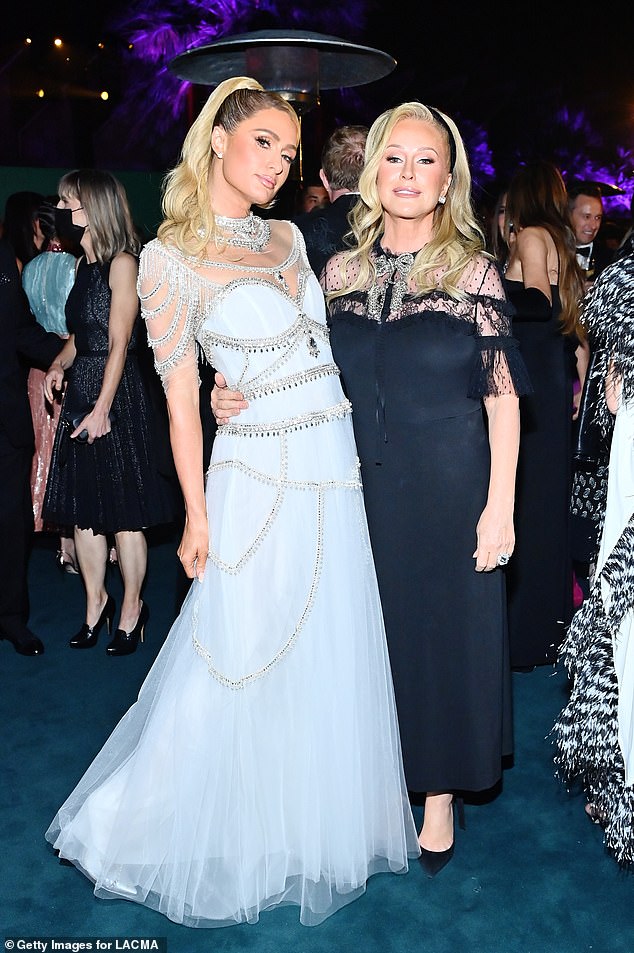 Kathy said: ‘It breaks my heart because I know she is trying and trying and I always say, “Just relax”‘ (pictured together in November 2021)

Shortly after Paris and Carter got married, Page Six reported he already had a nine-year-old child whom he was alleged to have only met once.

He is said to have fathered the child with reality star Laura Bellizzi who featured on the short-lived VH-1 series Secrets Of Aspen.

Laura also briefly dated Mel Gibson, and when she became pregnant both she and Mel publicly denied rumors he was the father.

After it was reported this past November that Carter was the father of Laura’s child he released a statement through a spokesperson.

‘The people who this story matters to have known about it for 10 years. Carter supports this child,’ the statement began.

‘While he does not have a traditional father-daughter relationship with her, he has provided for her since she was born, and will continue to do so.’ 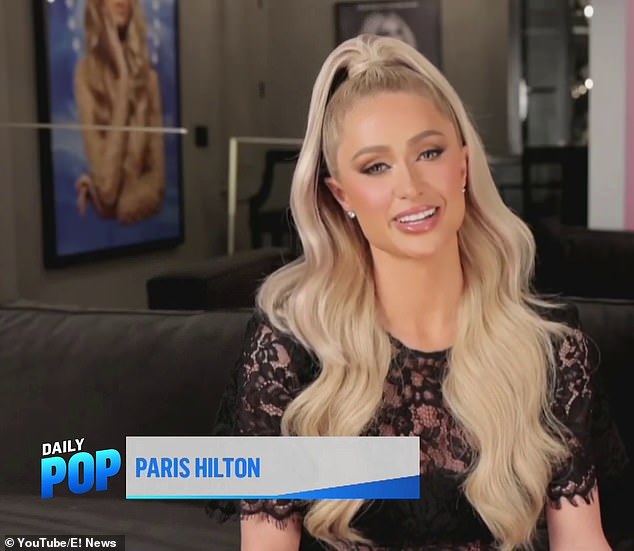 Looking ahead:  Back in January Paris revealed that she would like to have ‘probably two or three’ children with her  husband Carter

Paris and Carter tied the knot last November during a lavish ceremony at her late grandfather’s Bel-Air estate.

She shared a sweet message on Instagram on Friday to mark their one year anniversary: ‘This past year with you as husband and wife has been a magical whirlwind. No matter how far we travel and no matter where in the world we are, as long as we are together, I’m at home with you.

‘I deeply cherish all of our adventures and memories, and look forward to a lifetime more by your side. Thank you for all of the love, happiness, and endless laughter. You are my rock and I’m so thankful to call you mine. Carter, as my partner in life, number one hype man, and best friend, I love you so incredibly much.

‘Cheers to being your wifey for lifey, and to our one year anniversary together. My 11:11 wishes finally came true with you.’ 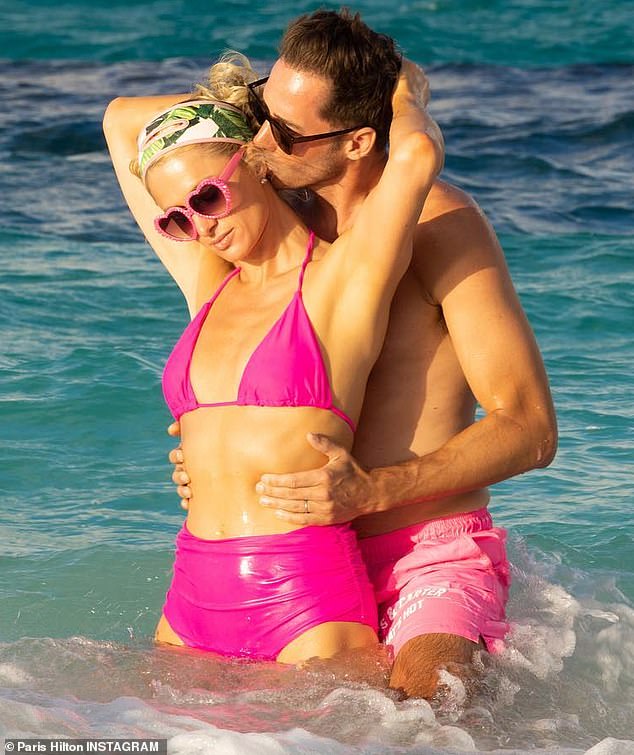 Looking fab: The heiress had just returned home from a jaw-dropping eight-week honeymoon after her luxe three-day wedding festivities