Katharine McPhee, 38, is chic in plaid blazer as she is joined by her husband David Foster, 72, while heading to Live With Kelly And Ryan

The Ordinary World singer was joined by her 72-year-old music producer husband David Foster as she headed to the set of Live With Kelly And Ryan. 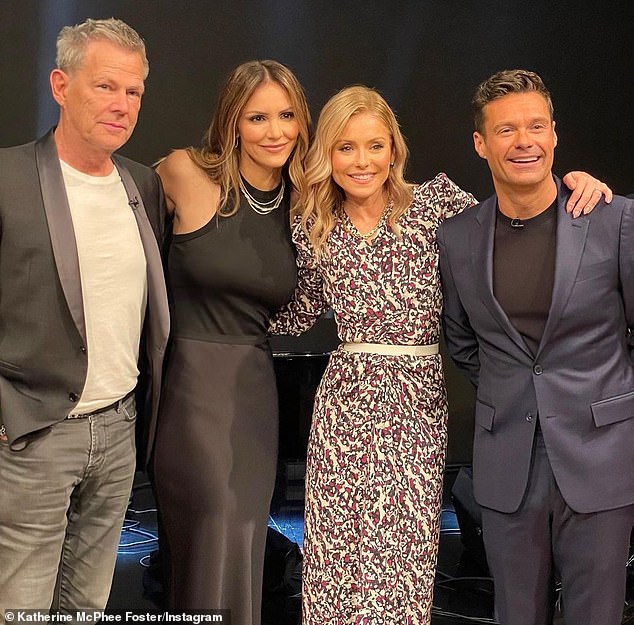 Performance: The Smash actress was accompanied by her husband, David Foster, 72, who played piano while she sang the song  Something to Shout About

Her  long highlighted locks were styled in loose waves and she carried a navy blue Givenchy summer tote.

Katharine took off her jacket for her appearance on the daily chat show and was accompanied by her husband Foster.

The musical pair were scheduled to wrap up a week-long run at the Café’ Carlyle Thursday night.

The composer played the piano in the nightly revue, while the Smash actress belted out a series of her partner’s Grammy winning hits as well as various numbers she sang in shows such as Waitress and Smash. 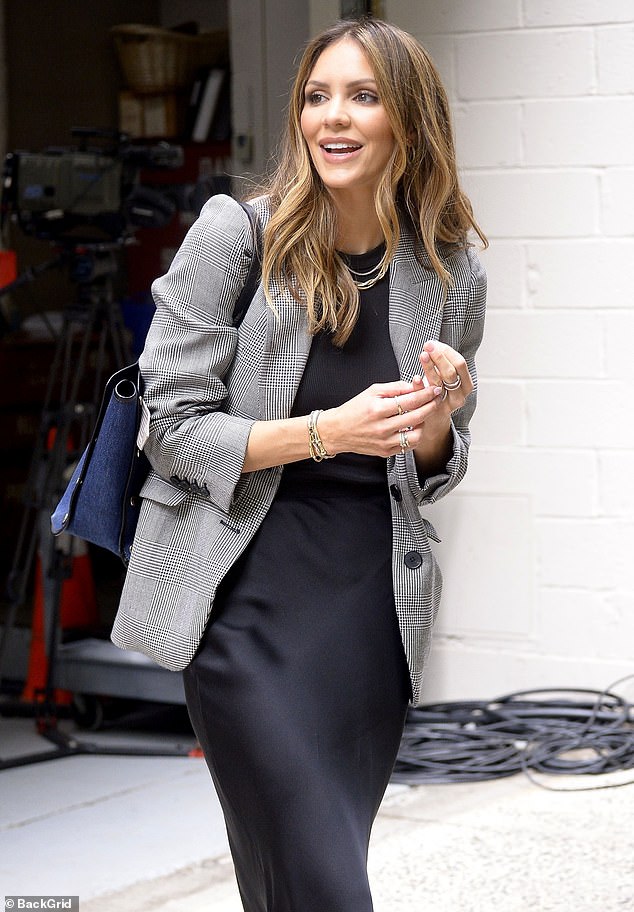 The melodious duo explained that the idea originated on social media during the early days of the pandemic.

‘It came out during Covid,’ David said.

‘ We were on Instagram and we thought we’d just do some shows for fun and it ended up being really popular and this is sort of an extension of that.’

They plan to perform in larger venues later this year.

The duo completed their appearance by performing Something to Shout About, a tune from Betty Boop, a musical David has been working on for 14 years. 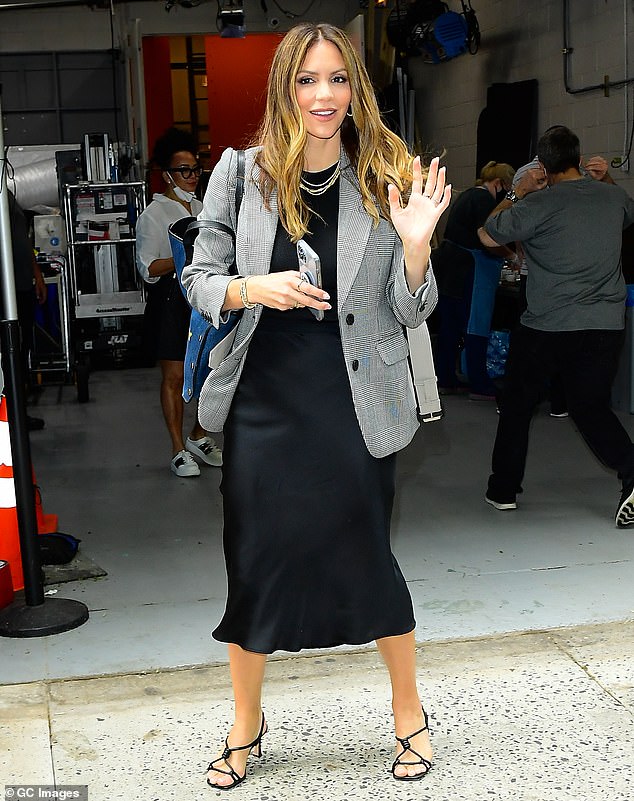 Old times: During the interview portion of the appearance on the morning show, the Waitress star shared how she first met her husband and host Ryan Seacrest when she competed on American Idol in 2006 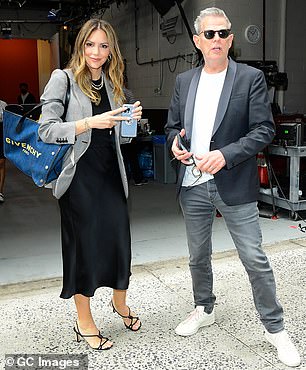 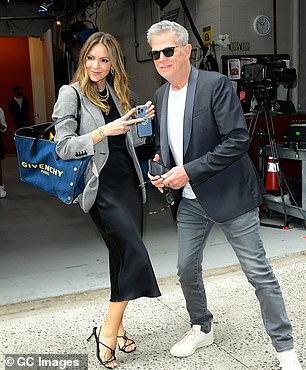 Fun together: The couple, who have been married since 2019, had fun joking around for photographers as David looked business casual in jeans, a t-shirt and tuxedo jacket

It was hoped the performance would encourage the investors with whom David was scheduled to meet later in the day to open up their wallets.

During the interview portion of the appearance, the couple who have been married since 2019 and are parents to one-year-old Rennie David, reminisced about how they first met when Katharine was competing on American Idol in 2006.

‘We became friends, we worked together, he produced my first single,’ Katharine remembered, ‘he was at my first wedding… I should say, he was at both my weddings.’ 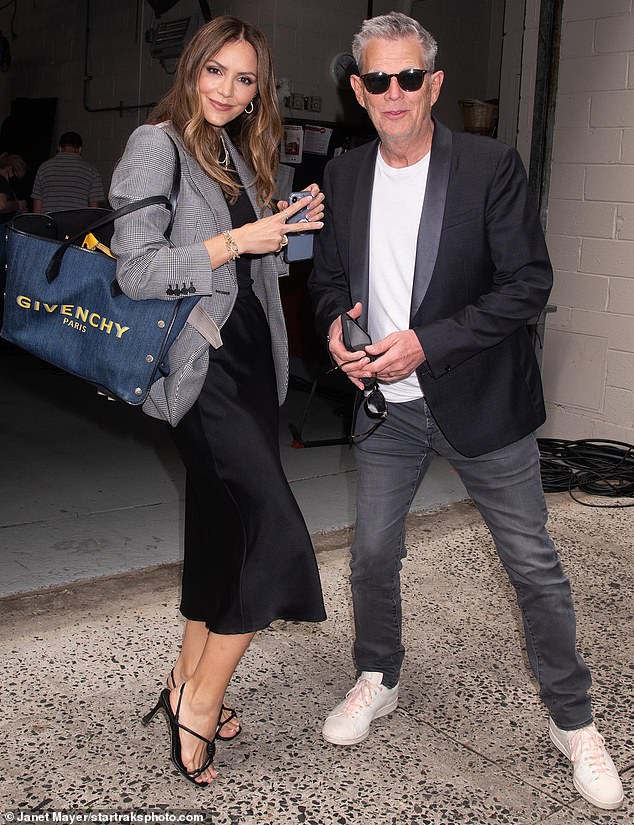 High Hopes:  The composer was hoping to impress investors enough to open up their wallets so he can produce Betty Boop, a musical he has been working on for 14 years