The Duchess of Cambridge has sent a good luck message to the British team preparing for the ‘challenge of a lifetime’ in the America’s Cup.

Kate, 38, who is patron of the team’s official charity the 1851 Trust, told the crew: ‘We will all be cheering you on,’ in a video message believe to be recorded from her home Amner Hall, in Norfolk.

A keen sailor who was dressed in one of the crew’s navy jackets, the royal said in her video message: ‘Sir Ben Ainslie and his team are about to embark on the challenge of a lifetime – an attempt to win sport’s oldest international trophy, the America’s Cup.

‘All the teams taking part have spent years preparing for the match and sailing fans around the world are waiting exciting showdown in March.’

Kate has built up a firm friendship with Sir Ben over the years, meeting on many occasions.

In the message, she recalled racing against the Duke of Cambridge on America’s Cup boats when they visited New Zealand six years ago, describing it as ‘hugely exciting’. 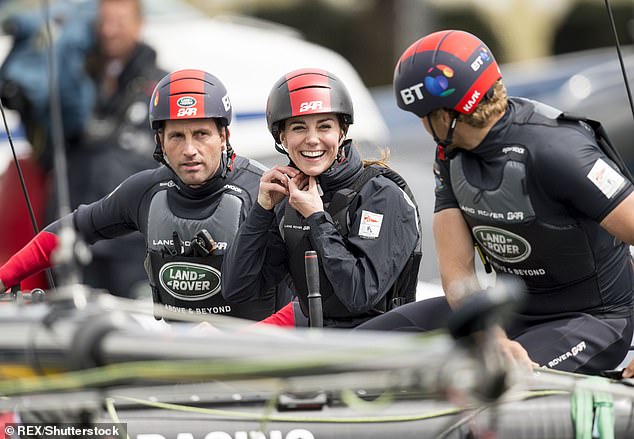 Four-time Olympic gold medallist Sir Ben Ainslie is skippering Ineos Team UK on the Britannia race boat at the 36th America’s Cup in New Zealand. He is pictured with Kate Middleton in 2016 in Portsmouth

The duchess said she hoped young people from all walks of life would be encouraged to ‘get out on the water’ and a ‘new generation of sailing enthusiasts’ would be inspired to take up the sport.

She added: ‘As all the teams prepare to take part in their first race, I want to wish them the very best of luck over the coming months.

‘We will all be cheering you on.’

Preliminary racing in the competition begins with the America’s Cup World Series & Christmas Cup from December 17-20, ahead of the official start in January. 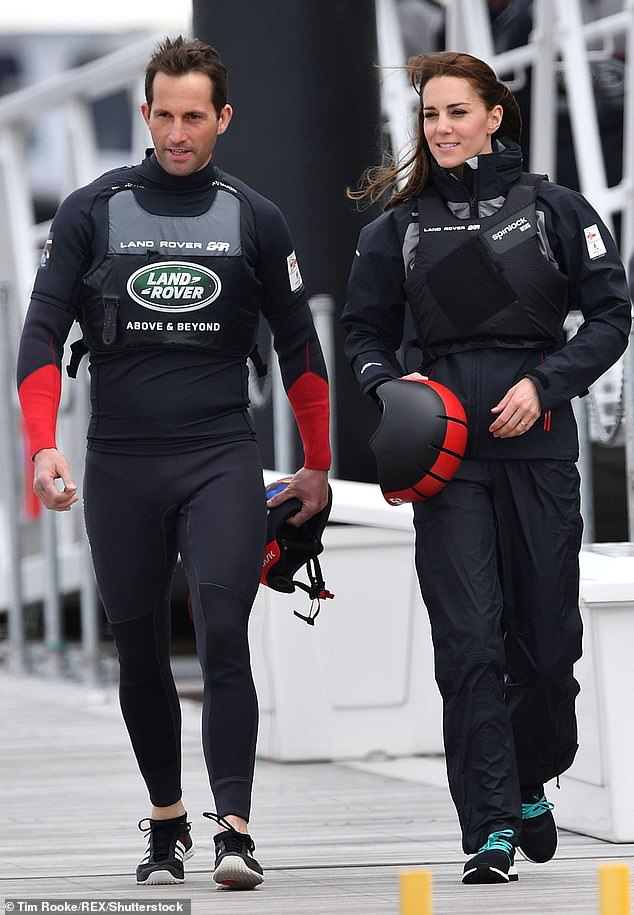 Sir Ben said: ‘We can’t wait to get racing. This has been three years in the making.

‘These remarkable America’s Cup boats are so complex that the first racing in the America’s Cup World Series will be a steep learning curve for all the teams.’

He thanked Kate for her message, adding that he hoped the British public would get behind the crew in their bid for victory.

Ben and Kate were first pictured together back in 2012, when the sailor proudly showed a fascinated Kate his Olympic Gold medal.

The Cambridges are most likely to spend Christmas at Anmer Hall, Norfolk or with the Duchess’ parents, Carole and Michael Middleton, in Berkshire for the first time since 2012.

Last year the Cambridges joined the Queen at Sandringham for Christmas and took part in the walkabout to meet royal fans – though Prince Louis was absent.