Sophia Peschisolido set pulses racing on Thursday as she stripped down to some tiny lingerie.

The model, 24, set tongues wagging online as she posed sexily in the underwear in an Instagram post on Wednesday.

The daughter of Apprentice star Karren Brady slipped into a tiny lacy black two piece set as she struck a sultry pose for her 375,000 followers. 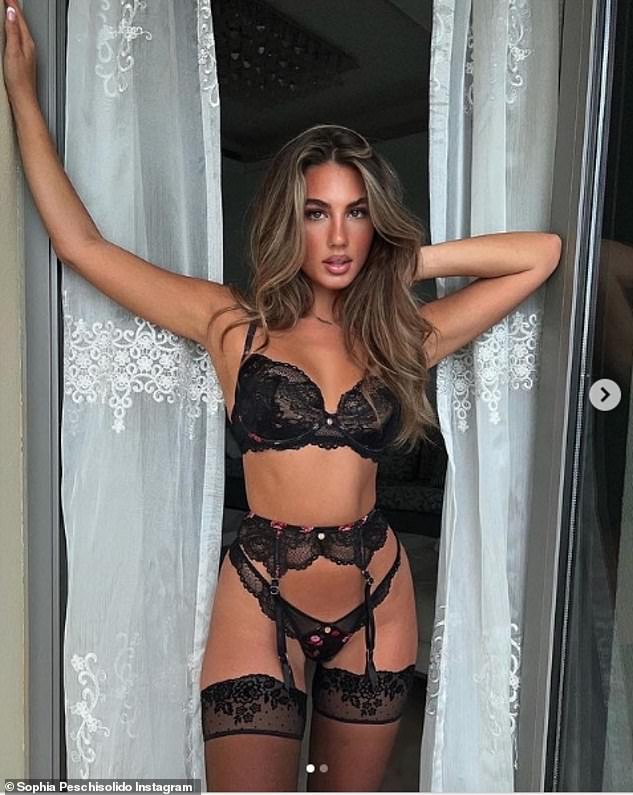 Hot! Karren Brady’s daughter Sophia Peschisolido sets pulses racing on her Instagram account on Thursday as she stripped down in some black lacy lingerie showing off her peachy posterior

Sophia looked incredible as she flaunted her impressive abs while striking the sexy  pose.

The influencer looked heavenly in the barely-there lingerie set which showcased her peachy posterior and enviable tiny waist.

The brunette beauty sported a full face of makeup, while the heavy contour highlighted her enviable cheekbones.

The model completed her look by styling her long luscious locks into some loose curls. 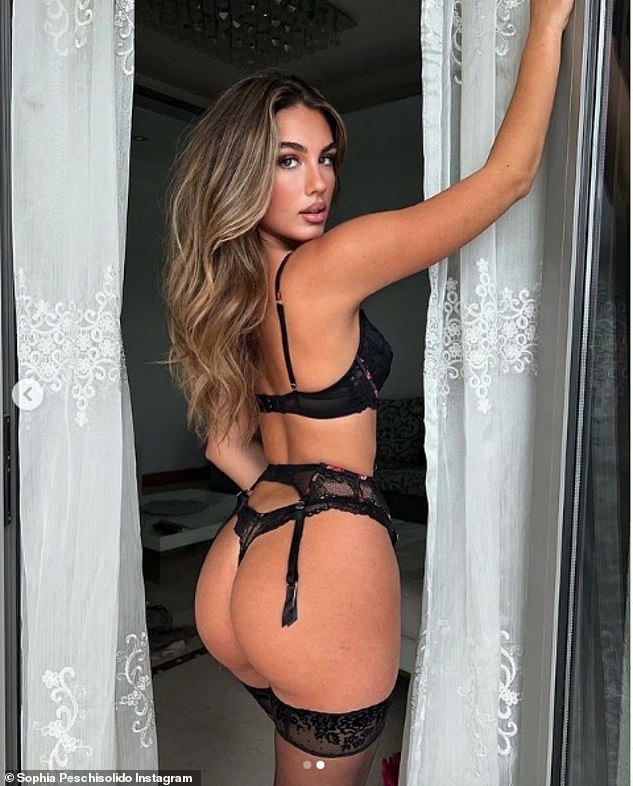 Peachy: Sophia looked heavenly in the barely there lingerie set which showcased her peachy posterior and enviable tiny waist

The influencer was taking part in an Instagram Q&A when a fan asked: ‘does it matter if you’re not married living with your boyfriend in Dubai?’

She responded: ‘Who said we weren’t married?’ and shared a brief clip of her hand with a diamond ring on her wedding finger. 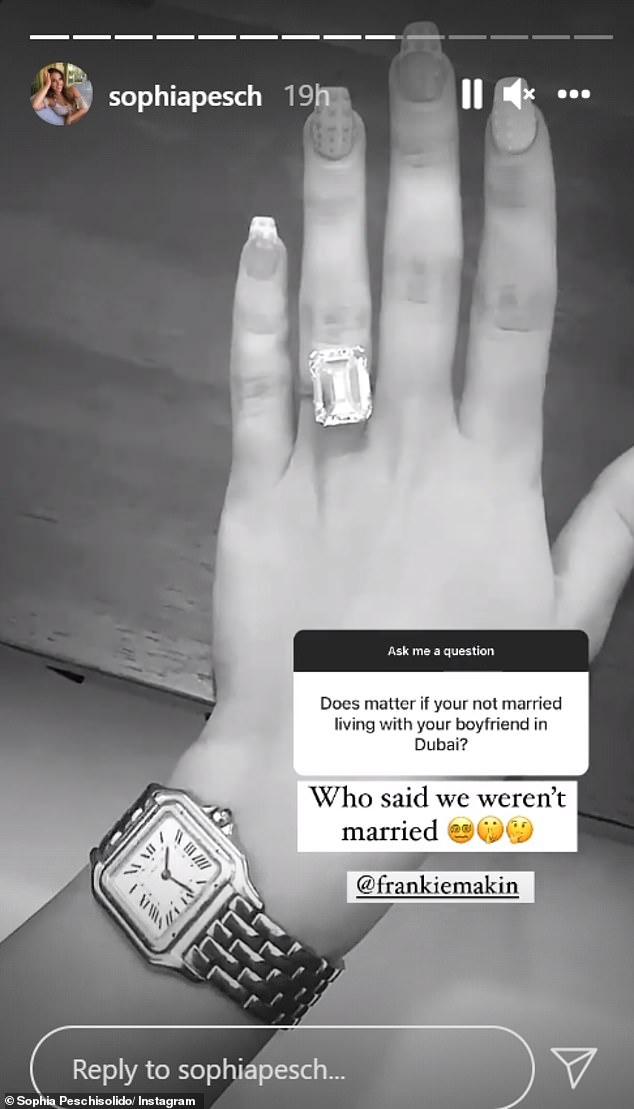 Elsewhere in the Q&A, the Instagram star shared a bikini clad snap of herself with Frankie and shot down suggestions she had had bum injections.

She also posed in lingerie for a further sizzling video.

Speaking of her move to Dubai, she wrote: ‘Yeah we are loving every minute thank you!!! We were basically renting in London and when our lease ran out we decided we would rather live somewhere hot.’ 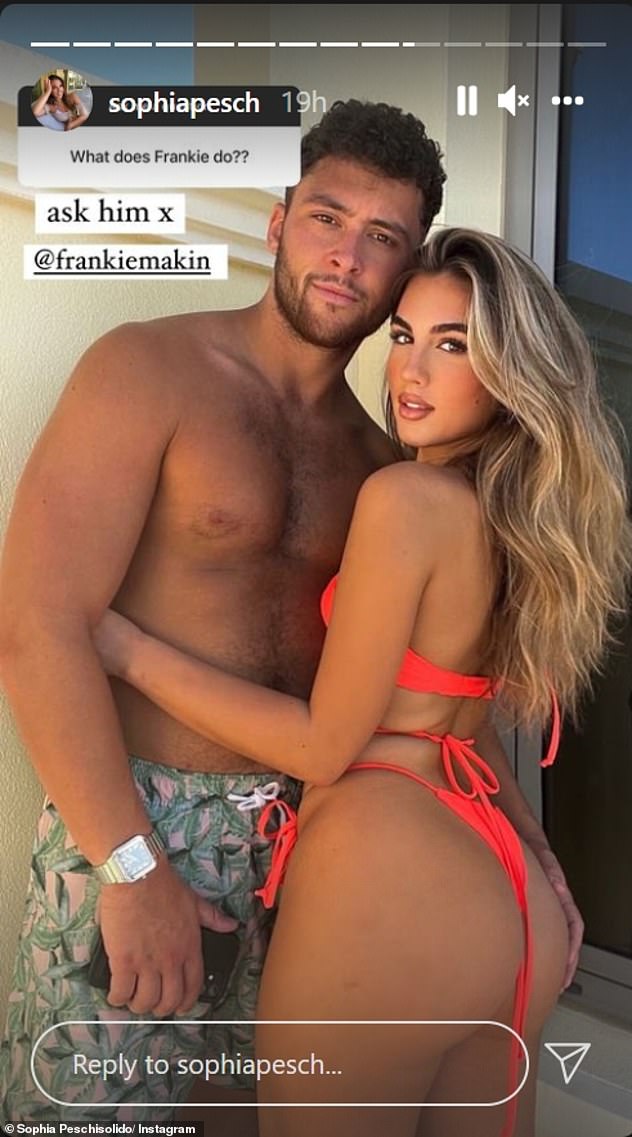 Couple: The daughter of Baroness Karren Brady set tongues wagging when she hinted at the fact she’d married boyfriend  Frankie Makin (pictured together)

‘We are young and we love travelling and we are both lucky enough that we can work out here.

‘This is also where we first met and mine and @frankiemakin favourite place so we thought f*** it’.

‘Not permanently no, trying 6 months but if we like it here we’re gonna stay for a year.’ 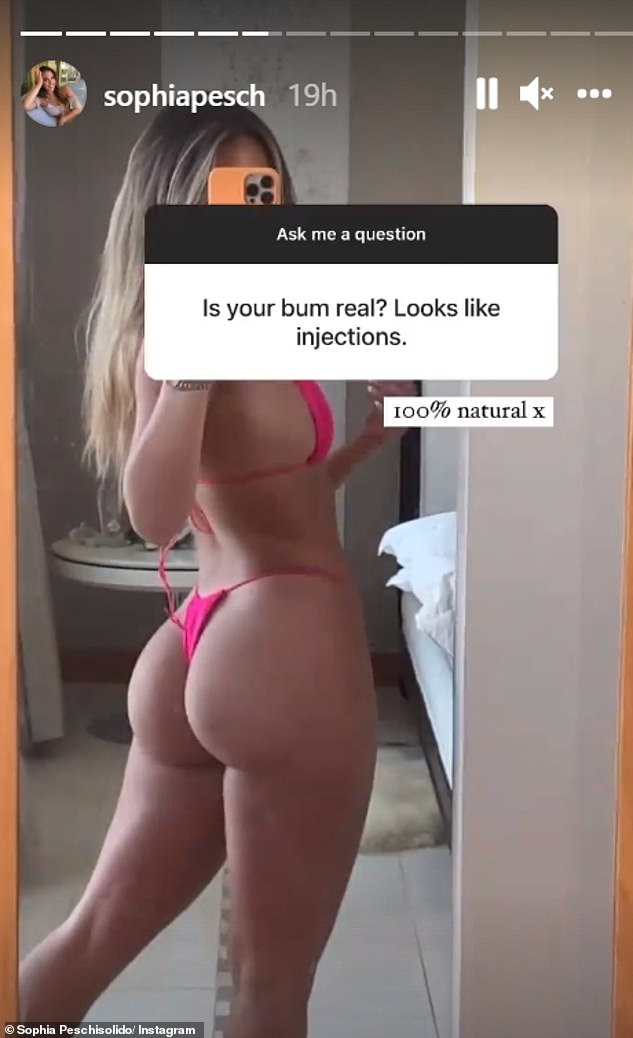 It’s all real: Elsewhere in the Q&A the Instagram star shared a bikini clad snap of herself as she shot down suggestions she has had bum injections