Russian tennis star Karen Khachanov has lashed out after being accused of committing a ‘hateful act’ at the Australian Open.

The 18th seed has written messages of support on TV cameras for Artsakh following his run of victories at Melbourne Park – and the Azerbaijan Tennis Federation is fuming at his conduct.

Khachanov, 26, has been expressing his well-wishes to the people of the Republic of Artsakh, who are enduring a month-long blockade carried out by Azerbaijan.

‘I have Armenian roots from my father’s side, from my grandfather’s side, even from my mum’s side – I’m half Armenian,’ Khachanov told reporters after his quarter-final win against Sebastian Korda.

‘I just wanted to show strength and support to my people. That’s it.’ 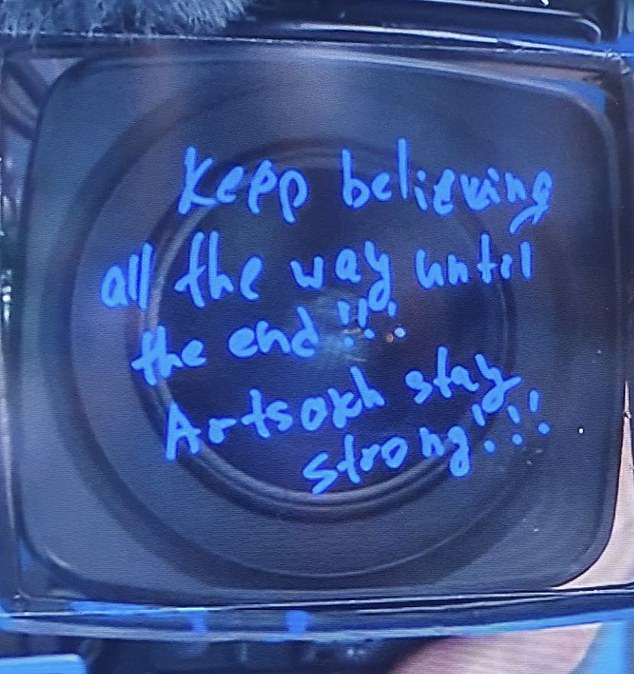 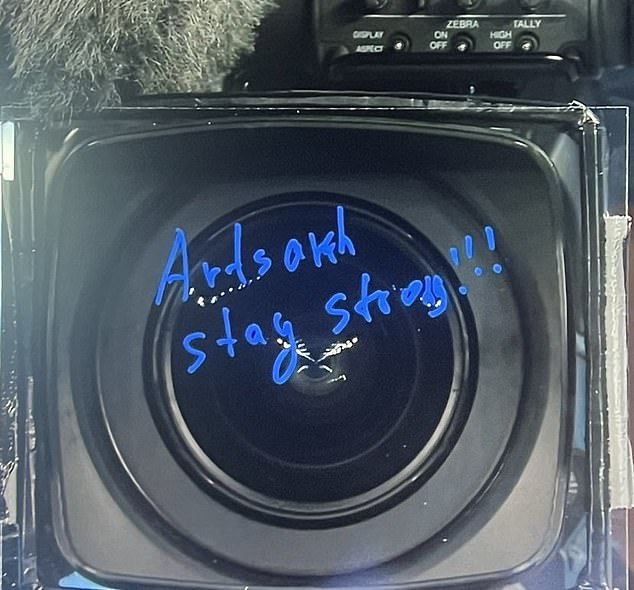 While Russia’s Karen Khachanov plays without a flag by his name at #AusOpen, there are other flags in the stands for him: those of Artsakh (aka Nagorno-Karabakh), the embattled region which the ethnically Armenian Khachanov has urged support for during the tournament. https://t.co/57RKyFghoW pic.twitter.com/4aoZ416D6e

‘Karen Khachanov…(has) attracted attention with his hateful act,’ the ATF said in a statement.

‘The Azerbaijan Tennis Federation letter presented facts and legal documents regarding the provocation against Azerbaijan. 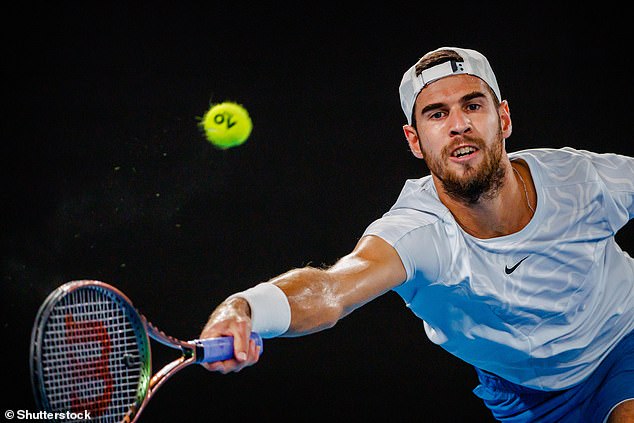 ‘The ATF condemned this act and demanded the tennis player be punished and urged the (ITF) to take harsh measures for prevention of such incidents in the future.’

The 18th seed said he hadn’t been told not to write the messages: ‘I didn’t hear anything about that … so far, no.’

Khachanov next faces third seed Stefanos Tsitsipas on Friday for a spot in the men’s final.