Vice President Kamala Harris wrapped up her four-day trip to France by honoring the victims of the 2015 Paris terror attacks.

Harris, accompanied by husband Douglas Emhoff, laid flowers for the 130 victims of the November 13 attacks after attending ceremonies at the Le Carillon bar and Le Petit Cambodge restaurant.

It was six years ago that a 14-man cell from the Islamic State detonated suicide vests and opened fire on Parisian cafes before killing spectators at the Bataclan concert hall. More than 350 others were injured.

Harris’s visit to the site comes a day after the vice president announced that the US and France have renewed their commitment to combatting global terrorism. 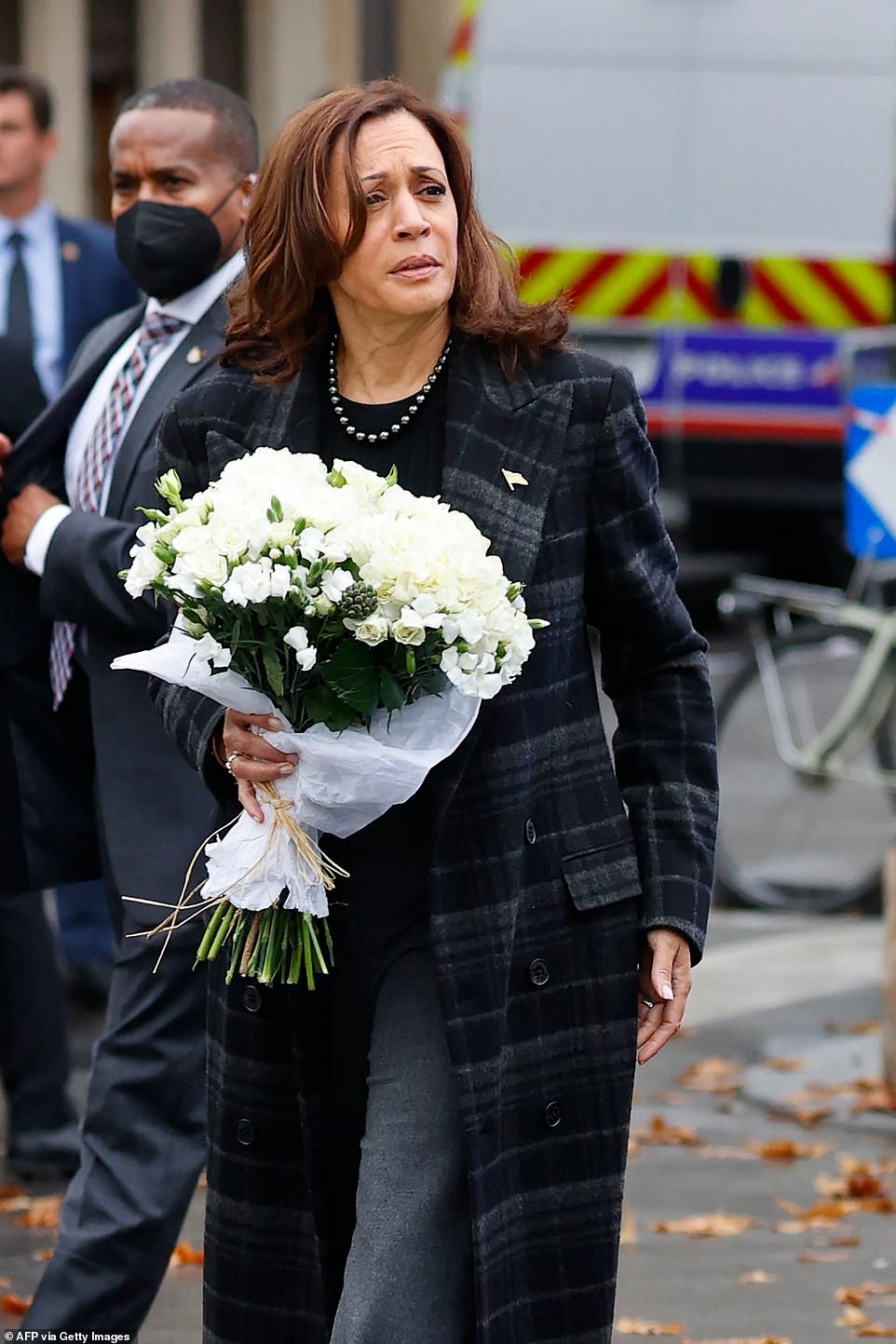 It marked the final day of Harris’ trip to France, where she announced that the US and France would recommit to combatting global terrorism 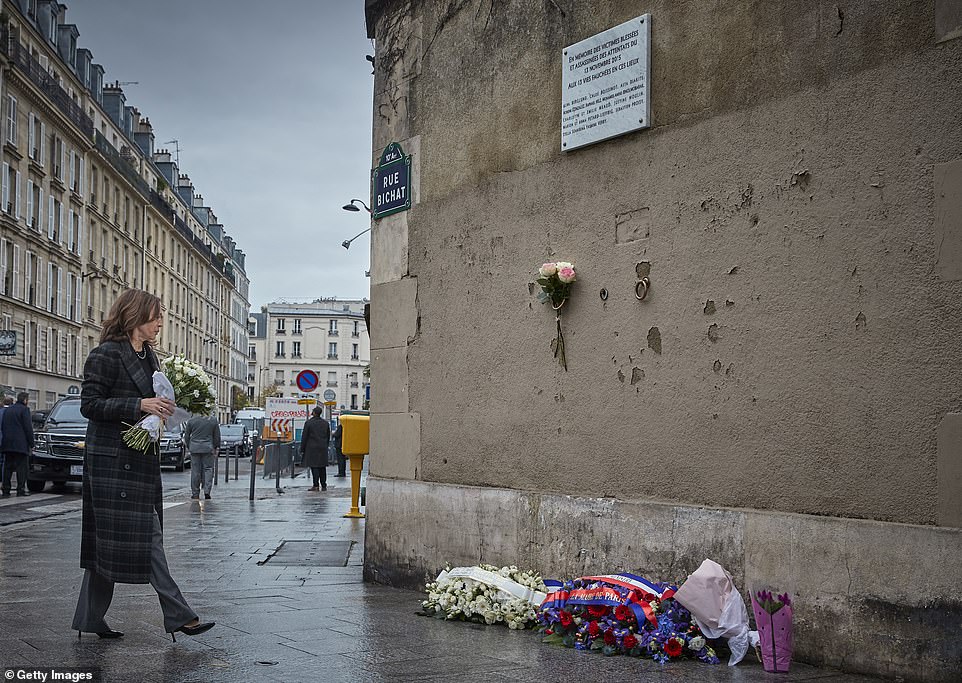 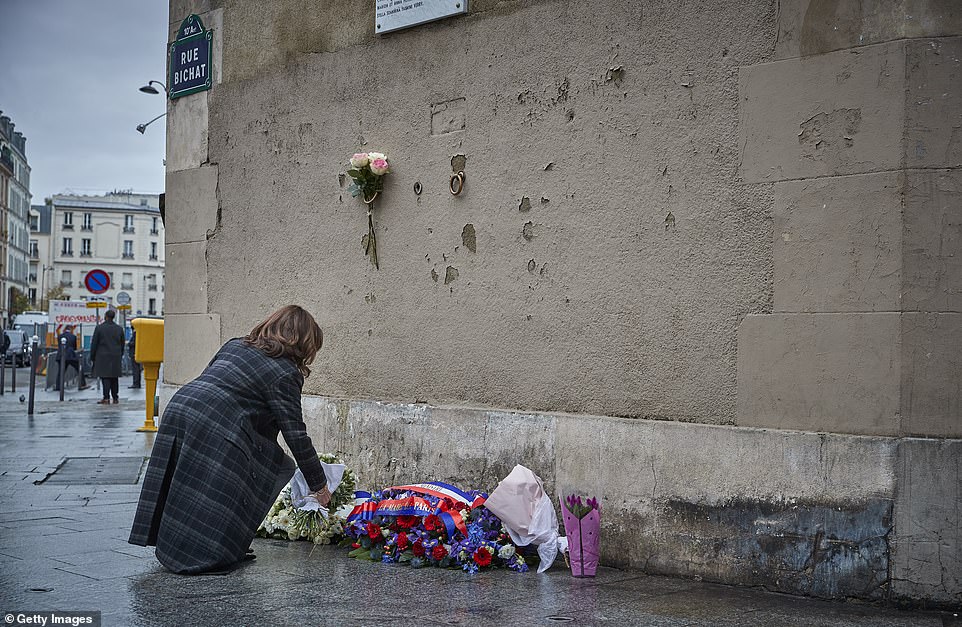 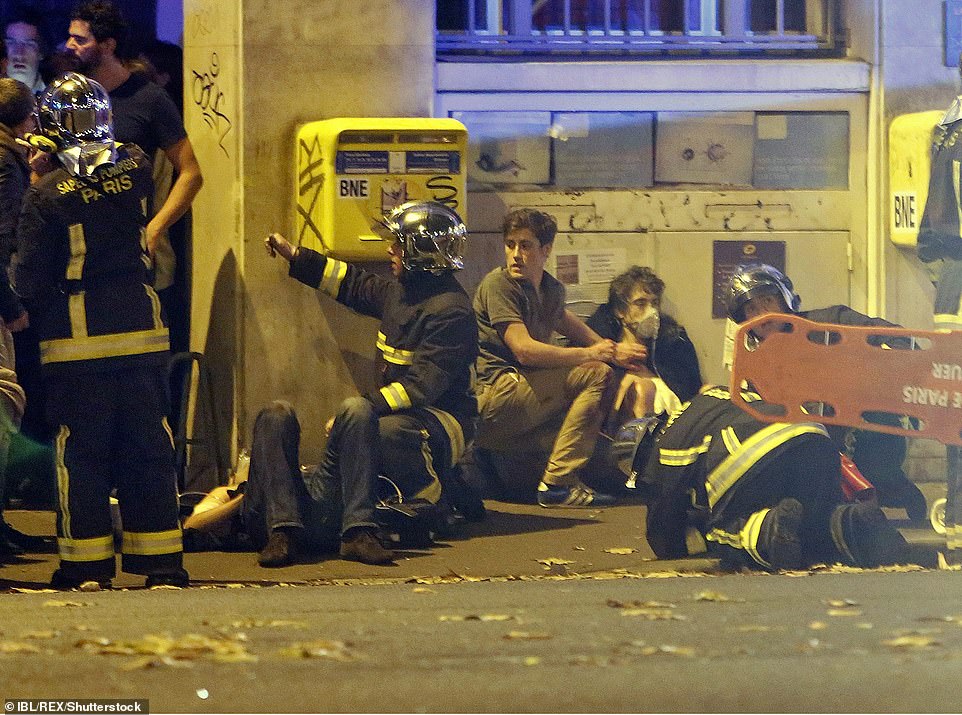 After memorial services were cancelled last year due to the pandemic, the French government allowed public memorials to resume this year.

One of the memorial services at the Bataclan was led by the Paris Mosque, which held ceremony on Friday to remember those killed six years ago.

‘It is to show our solidarity with the victims that we have offered to meet here this Friday, which is for Muslims an important day,’ Paris Mosque rector Chems-Eddine Hafiz told Fox News.

‘We wanted the imams to come to meet the relatives of the victims, share a moment of solidarity and hand over a wreath of flowers in memory of all the victims of the Bataclan, all without exception.’ 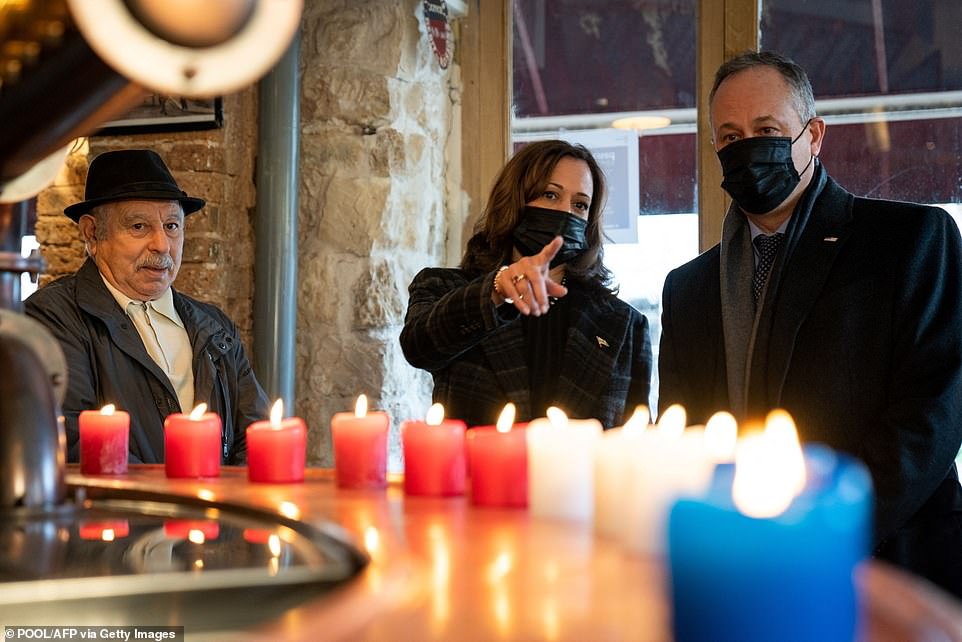 Harris and Emhoff, right, mourned with family members and friends of the victims at the Le Carillon bar and Le Petit Cambodge restaurant 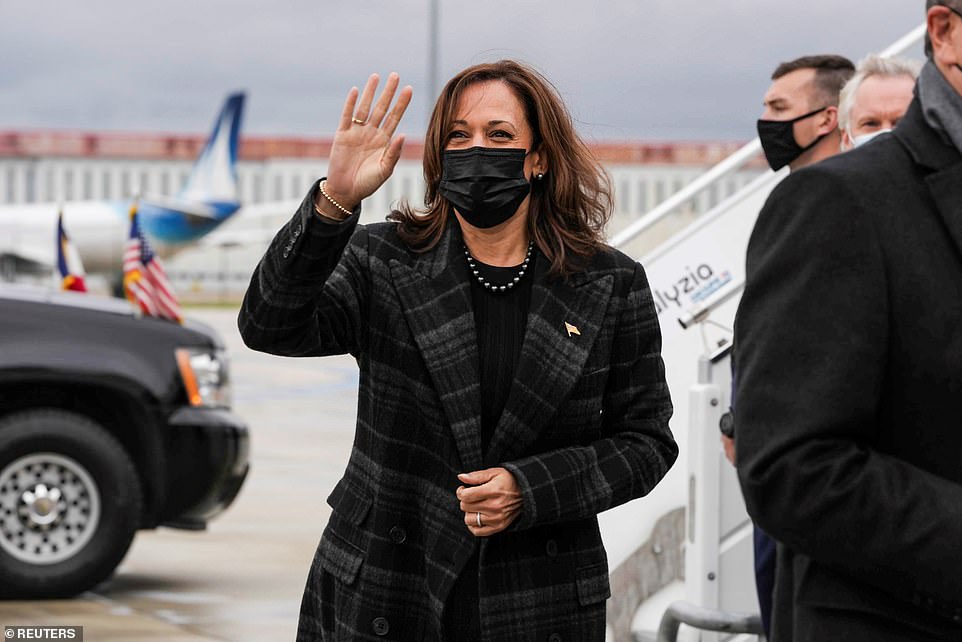 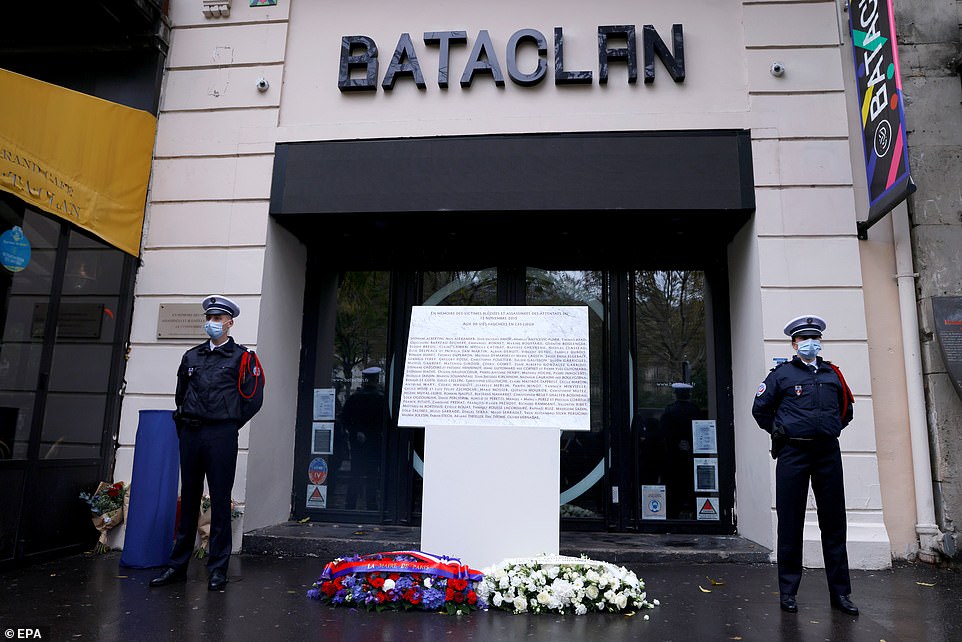 The city held several ceremonies centered around the Bataclan concert hall, where terrorist attacked spectators after their assault on the local cafes 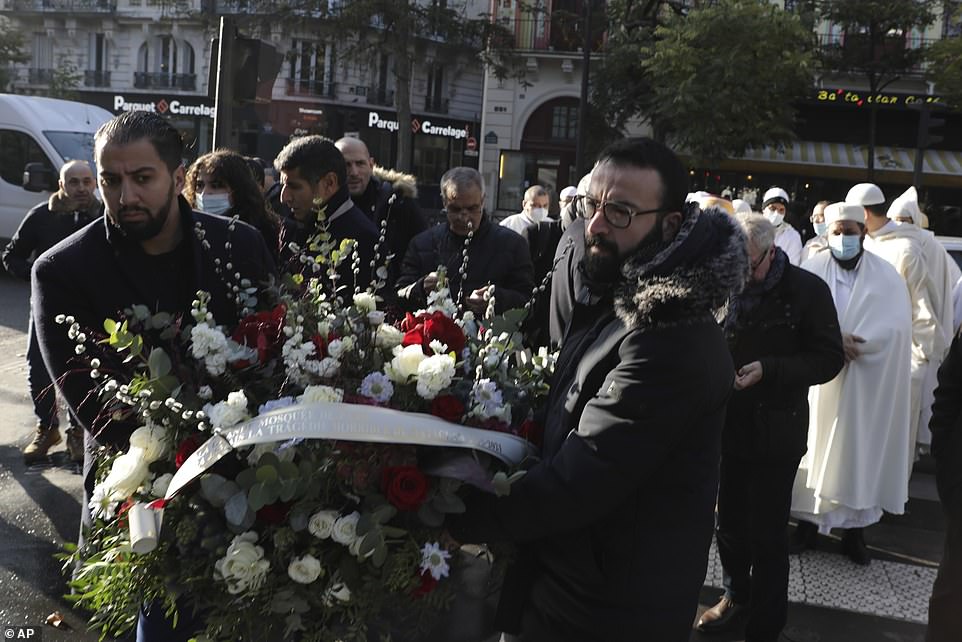 The ceremonies brought not only a renewed focus on the deadly attacks, but also on the trial of the 20 men who stand accused of coordinating the tragedy.

More than 300 survivors and family members of victims have testified since October against the 20 men, the New York Time reported.

Among them was a woman named Maya, 33, who told the court she lost her husband and two of her best friends at the Le Carillon bar.

Another woman, Gaelle, 40, recounted how her cheek was blown off by a bullet as she laid on the floor of the Bataclan. She said she had gone through 40 surgeries since then. 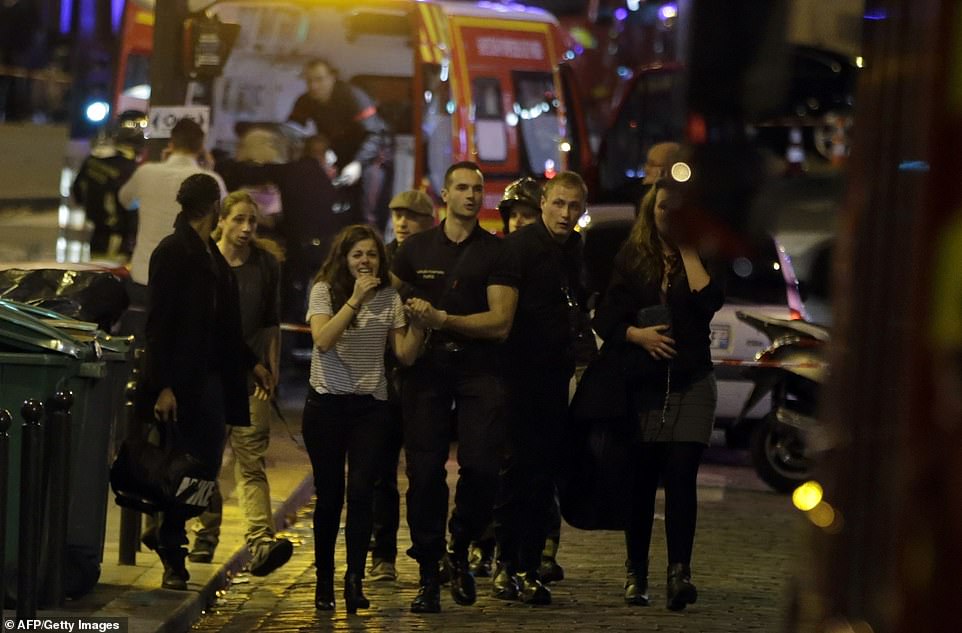 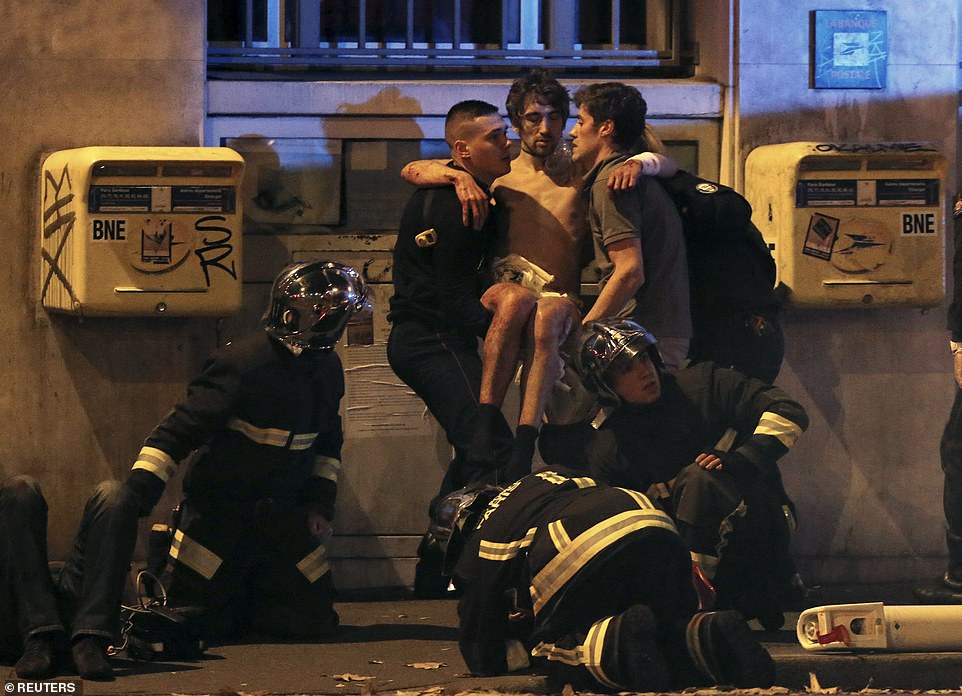 Harris is in Paris to double down on America’s friendship with its oldest ally after French fury in the wake of a submarine deal between the United States and Australia caused France to lose out on a $90 billion contract.

France claimed it had no warning of the deal and recalled its ambassador to the United States in the aftermath.

President Joe Biden offered his personal words of contrition to Macron during a G20 meeting in Rome, when he said the announcement was ‘clumsy’ and ‘without grace.’

Harris was dispatched to Paris to help make nice with the French. She and Macron have met, held hands, waved to the crowds and presented a show of force during her stop.

The vice president addressed the Paris Peace Forum on Thursday, where she said the COVID pandemic had presented an opportunity for world leaders to better see where inequality exists.

‘As we recover from this pandemic, from the crisis, we must challenge the status quo and build something better,’ Harris said during a speech that focused on global inequality and called for world leaders not to stand by as wealth and equality gaps widen.

‘To get at the root of this challenge we must look critically at the longstanding systems that are fractured,’ she added. 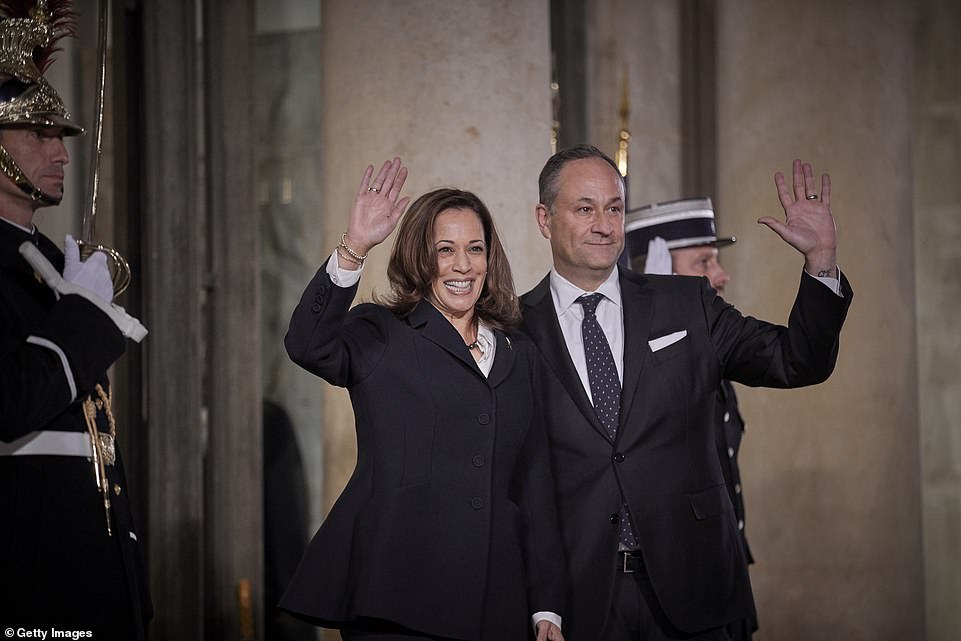 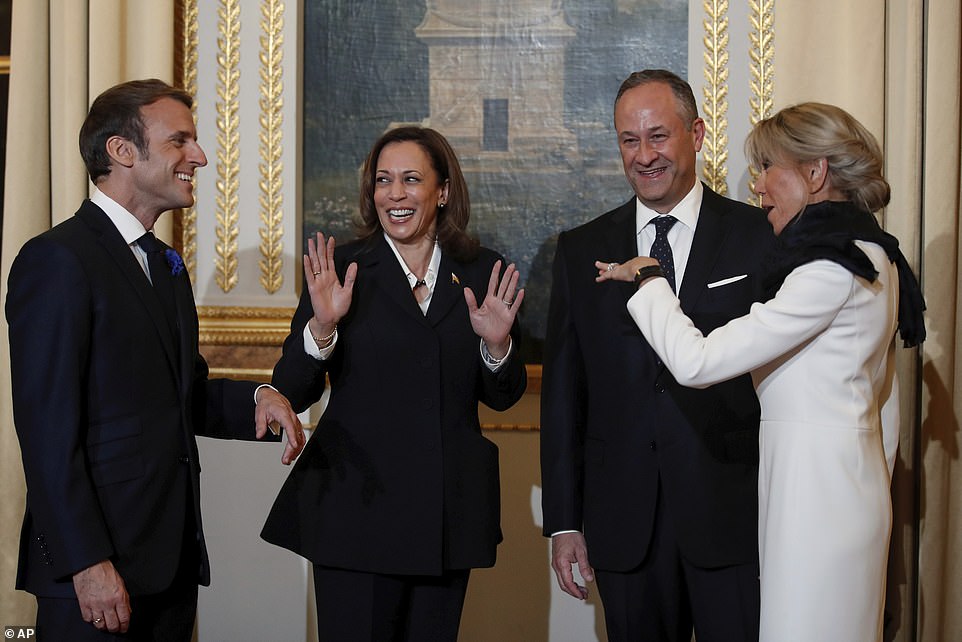 Vice President Kamala Harris is in Frace as part of a charm offensive; she and husband Doug Emhoff joined French President Emmanuel Macron and his wife Brigitte Macron for dinner at the Elysee President Palace 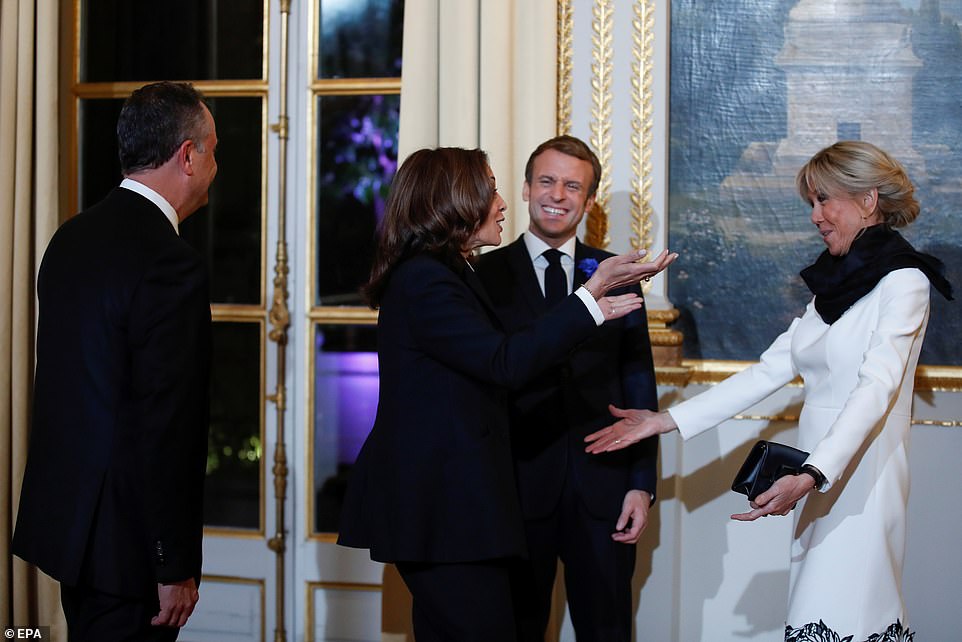