A popular K-pop idol has fainted on stage in a shocking video that has gone viral on social media.

Yeojin, 19, was performing with her girl group LOONA when she collapsed on stage at Mexico City’s Pepsi Center amid the group’s gruelling world tour.

In the footage, the star struggles to remain on her feet before toppling to the ground.

One of her bandmates desperately tries to grab her arm to prevent the fall, but ends up getting pulled down with her.

The footage has shocked fans, with many begging the group’s record label to cancel the rest of their tour.

‘They need to cancel the whole tour the girls are getting overworked. This is never okay especially for them to start fainting on stage is not okay,’ pleaded one fan on Twitter.

‘These girls are in their 20s and are physically fit, there is absolutely zero reason why they should be collapsing,’ added another. 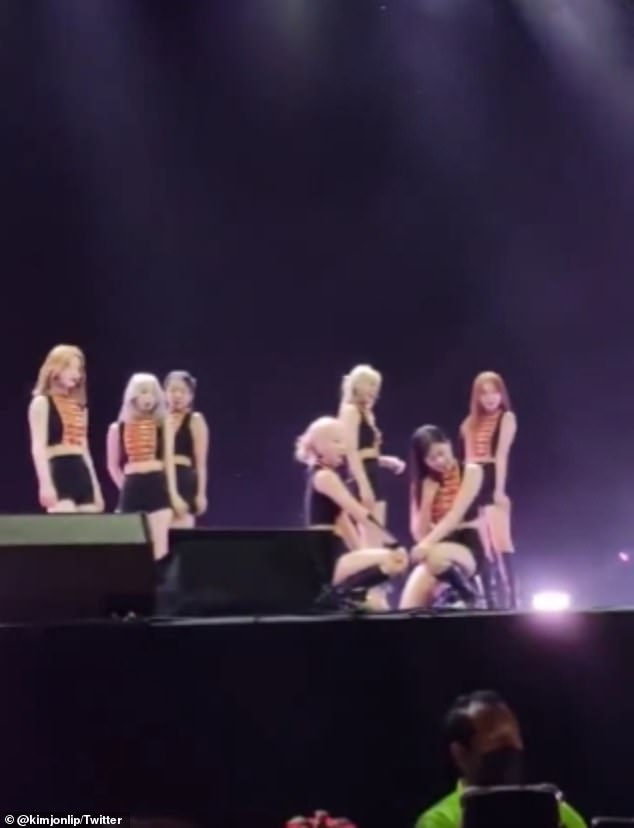 Yeojin, 19, was performing with LOONA when she collapsed on stage at Mexico City’s Pepsi Center (pictured) amid the group’s gruelling world tour. Yeojin pictured second from left 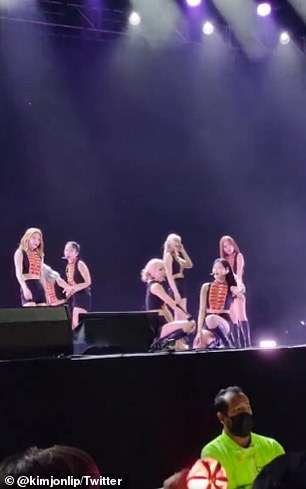 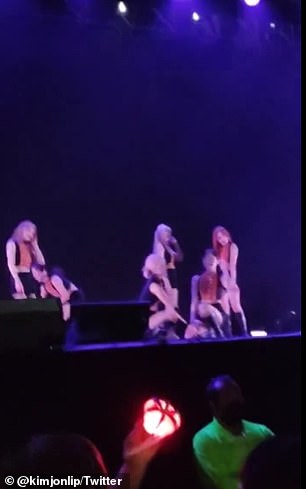 In the footage, the star struggles to remain on her feet before toppling to the ground

LOONA, which boasts 12 members, were already down several members on the tour due to various health issues.

Choerry and Olivia were already sitting out performances due to their poor health, while member Haseul has recently started performing with a sling on her arm.

The group’s biggest star, Chuu, had already skipped the tour altogether due to scheduling conflicts in South Korea. 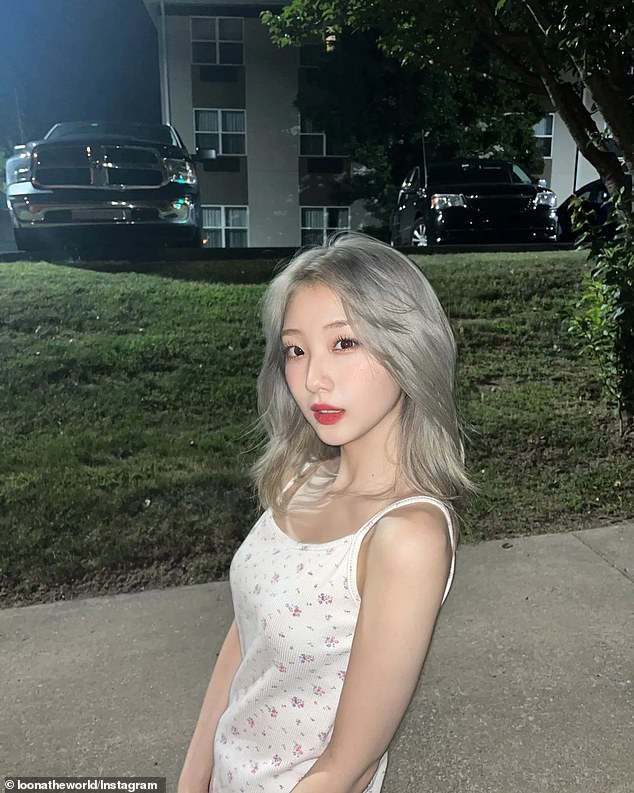 In June, Chuu reportedly filed legal action against her label Blockberry Creative, requesting a termination of her contract.

LOONA were on the last stop of the North American leg of their world tour when Yeojin collapsed.

They’re now due to head to Japan to promote their new Japanese single, before going straight into the European leg of their tour. 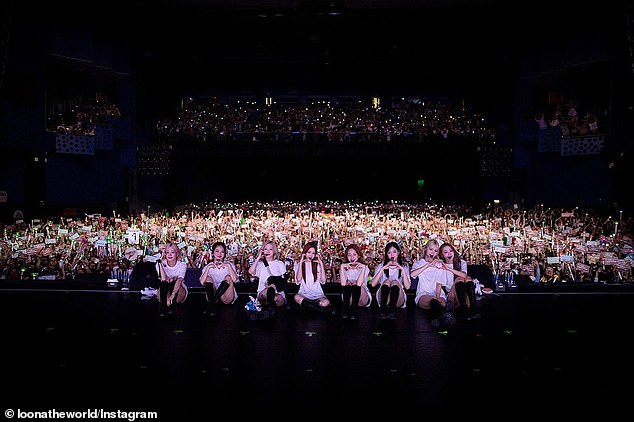 The group, which boasts 12 members, were already down several members on the tour due to various health issues. One member performed on stage with a sling on her arm (pictured)

Prior to the incident, the group had performed thirteen concerts across the States, usually with just a day between shows.

They’ve had a packed schedule over the last several months, first appearing on the South Korean competition series Queendom 2 before going straight into promoting their album Flip That and then launching their world tour.

LOONA debuted in 2018 and have amassed a large international fanbase.

In addition to charting on the Billboard 200, the group have also collaborated with Grimes and won an MTV Europe Music Award for Best K-pop Act. 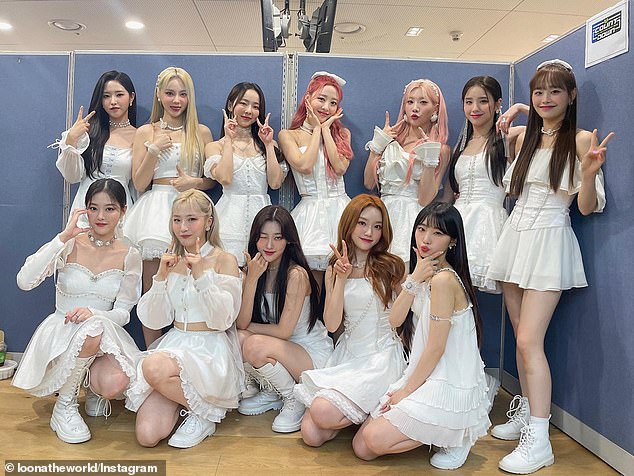 Prior to the incident, the group had performed thirteen concerts across the States, usually with just a day between shows