Baltimore Ravens linebacker Justin Houston thought he’d sealed an extra $500,000 after hitting his sack contract incentive, only for his 10th one of the season to be split with his teammate!

Needing one more sack to trigger a $500,000 incentive, Ravens linebacker Justin Houston appeared to get it in the fourth quarter as Bengals quarterback Joe Burrow was taken down.

While Burrow was indeed sacked on the play, Houston came up agonizingly short as teammate Odafe Oweh was credited with a half sack after the play.

Houston wasn’t able to register another sack in the contest and thus wound up half a sack short of the hefty payday.

Justin Houston celebrated sacking Joe Burrow, but he was only credited with a half sack

‘It kind of broke my heart,’ Houston said after the game.

The figure would have represented more than 40 percent of Houston’s $1.12million base salary for the season. 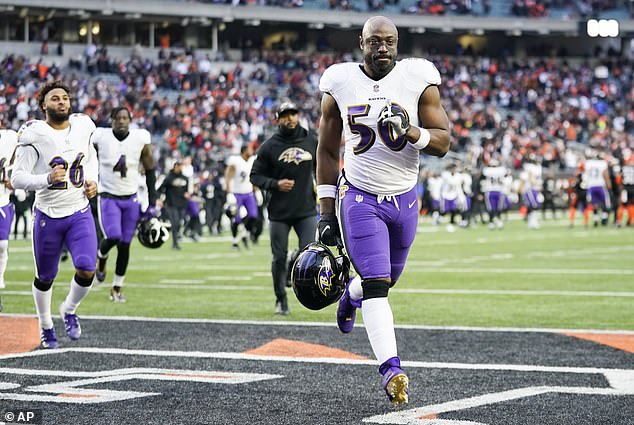 Houston led the Ravens in sacks this season with 9.5 as he extended his career total to 111.5

Fortunately, he did manage to trigger other incentives throughout the year.

A full sack vs. Cincinnati would have given Houston 10 for the season, but he earned $500,000 on two separate occasions when he reached five and 7.5 sacks this year.

Despite missing out on double-digit sacks, he ended the regular season as Baltimore’s sack leader with 9.5.

He has made more than $101million in his career. 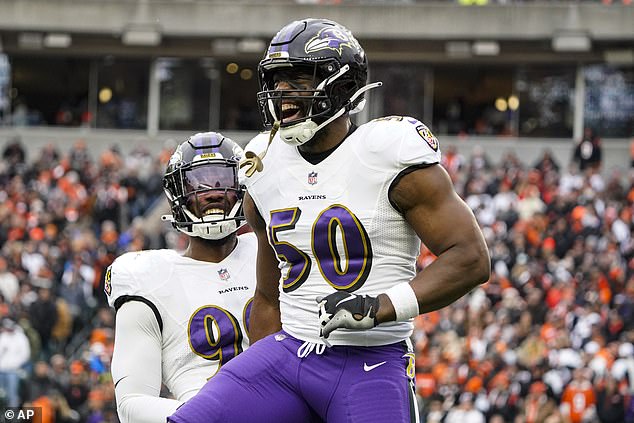