By Rachel Mcgrath For Dailymail.com

Justin Bieber is taking legal action against two Twitter users who claimed in social media posts that he sexually assaulted them.

The singer, 26, has filed suit against accounts belonging to Danielle and Kadi who each alleged they’d been were victims, in 2014 and 2015, respectively.

Justin Bieber is taking legal action against two Twitter users who claimed in social media posts that he sexually assaulted them, TMZ reported on Thursday

The Sorry hitmaker claims the tweets by Danielle and Kadi are ‘malicious’ in that they appear to be a coordinated effort to tarnish his reputation.

In legal docs, according to TMZ, Bieber thinks the two social media account may, in fact, be run by the same person.

He is seeking $20 million in damages, $10 million for each story. 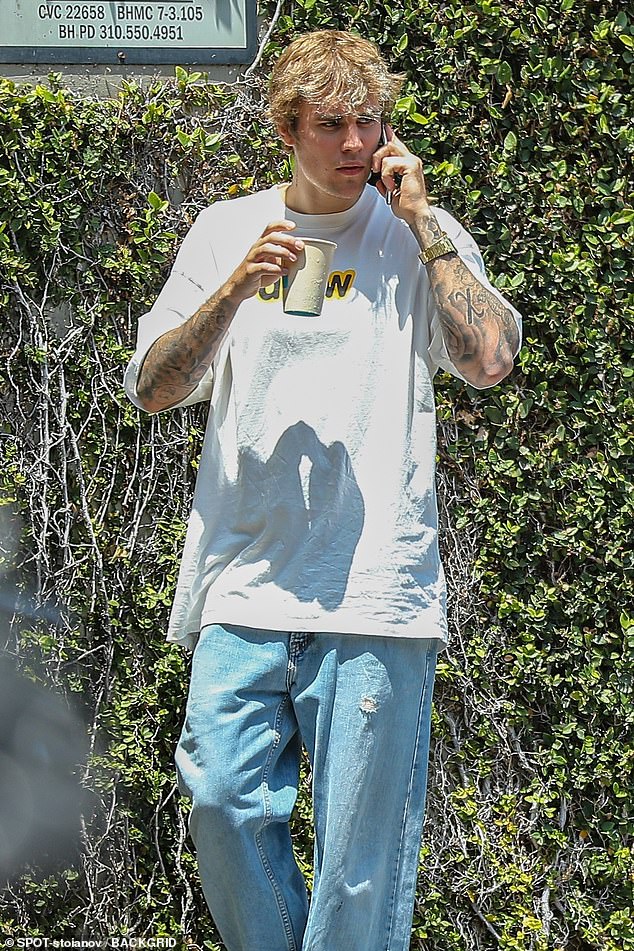 Bieber, 26, pictured in Beverly Hills on Tuesday, states in legal documents he has ‘indisputable documentary evidence’ to prove the sexual assault claims are ‘outrageous, fabricated lies’

Twitter user Danielle claimed she was assaulted by Bieber in a room at the Four Seasons Hotel in Austin, Texas, on March 9, 2014, following an event that was part of the city’s SXSW festival.

The singer counters that while he was in Austin on that date, he did not stay at the Four Seasons Hotel and did not have a room there.

He states he and his then girlfriend Selena Gomez stayed at a rental property and that she was with him all night.

According to TMZ, the Canadian star believes Danielle made up her account based on the fact that he ate at a restaurant at the Four Seasons on March 10.

As far as Twitter user Kadi is concerned, Bieber reckons she is a superfan who waits outside hotels hoping to meet him, but they have in fact never met.

Bieber, who was in New York on that date to attend the Met Gala, describes her story as ‘an elaborate hoax.’

He states in his legal filing that after the gala, he went on to a private party where he stayed until 4 a.m. and then got a snack at a hot dog stand.