With a speech meant to establish himself as the nation’s next president, former Vice President Joe Biden did not even mention the fierce legal battle President Trump is waging and threatening to continue.

It was a stunning contrast to the president – who spent the day tweeting about unfounded allegations of election fraud, claimed he ‘won’ by ‘a lot,’ boasted of his own 71 million ‘legal’ votes without mentioning Bidens’ superior number, and claimed his observers weren’t allowed into counting rooms.

His message to Trump supporters: ‘Let’s give each other a chance.’

President-elect Joe Biden reached out to President Trump’s supporters in his victory speech, but did not mention the legal battle Trump is waging, claiming that he ‘won’ and leveling accusations of fraud without providing evidence

In previous statements since Tuesday, Biden called for patience and allowing remaining votes to be counted. He didn’t mention that either, after TV networks and the Associated Press called enough states for him to defeat Trump in the Electoral College.

Instead, Biden kept his comments referencing President Trump brief and vague – aware that political pressure would build on Trump to acknowledge reality as the transition moves forward.

He called to ‘restore decency to politics’ and spoke of a battle between our ‘better angels’ and worst impulses.

‘We must restore the soul of America,’ Biden said, mentioning the organizing theme of his campaign, which itself is tied to Trump’s comments about ‘both sides’ following marches on Charlottesville. 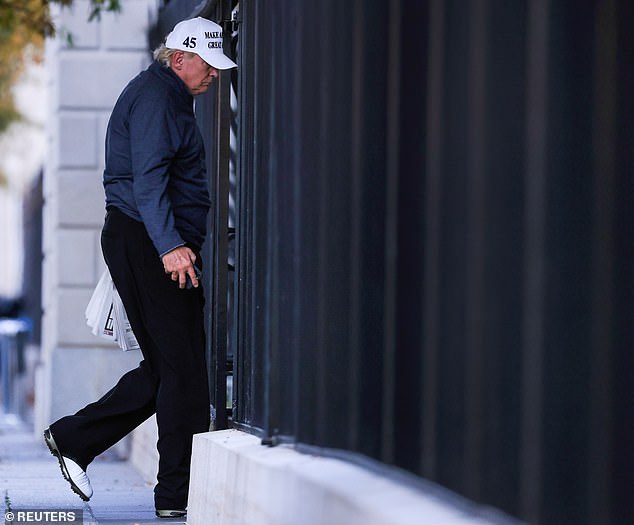 President Donald Trump tweeted Saturday that he got ‘71,000,000 Legal Votes. The most EVER for a sitting President!’ 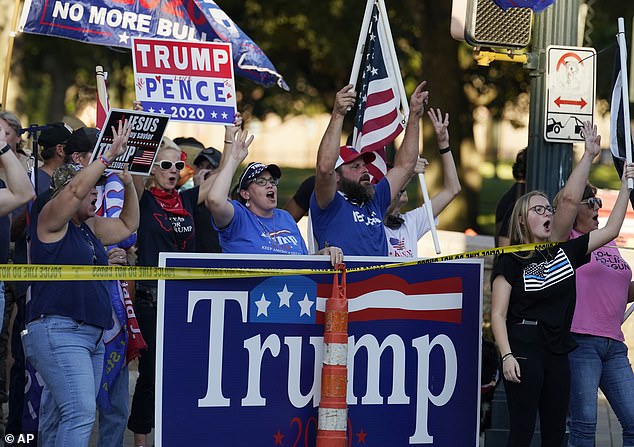 In fact, his only mention of Trump came during a section of his remarks where he spoke about Trump’s supporters.

‘And to those who voted for President Trump, I understand your disappointment tonight,’ Biden said. ‘I’ve lost a couple of elections myself. But now, let’s give each other a chance.’

His supporters cheered and honked their horns at the outdoor car rally even following the line.

It was an olive branch at least to Trump’s supporters, some of whom chanted ‘lock him up’ at Trump rallies after Trump repeatedly called Biden ‘corrupt’ and claimed he ‘spied on my campaign.’

Ordinarily, the winning candidate in their victory speech would thank the losing candidate for a hard-fought campaign.

That is what Barack Obama did in 2012, when he said: ‘I just spoke with Governor Romney and I congratulated him and Paul Ryan on a hard-fought campaign.’ Romney gave a gracious speech, where he said ‘I wish all of them well, but particularly the president, the first lady, and their daughters.’

But it is not even clear when Trump and Biden last spoke. Biden spokeswoman Symone Sanders indicated to MSNBC that it may have been weeks since that last happened.

‘During the campaign both Joe Biden and President Trump have at least spoken on at least one accord on the phone. And obviously during the debates,’ she told the network, in references to the the angry clashes on stage. ‘But tonight this is about the American people. And I want to remind folks that our Constitution does not require a concession. It requires at least one of the candidates win at least 270 electoral votes, and that’s exactly what Joe Biden and Kamala Harris have done.’

‘This is the time to heal in America,’ he added.

And he repeated his refrain that he will govern as an ‘American president.’