By Joe Bernstein for The Mail on Sunday

Liverpool boss Jurgen Klopp has ordered his team to keep things ‘rock solid’ at the back in order to handle the absence of Mo Salah and Sadio Mane at the African Cup of Nations.

Worries about how Liverpool would cope without their star forwards have eased with three clean sheets in a row ahead of today’s trip to Crystal Palace.

The Reds followed up last Sunday’s 3-0 victory at home to Brentford by beating Arsenal 2-0 to reach the EFL Cup Final.

Klopp, famous for his front-foot philosophy, now admits to a slight change in emphasis.

‘When you lose key players for tournaments, the solution isn’t that you will be flying in the next game and score five or six,’ he said.

‘You have to adapt and in our case, it was 100 per cent clear that we needed to be rock solid.

‘We have to be organised, that’s the basis for everything we do. At the moment, I see outstanding commitment to our defending. 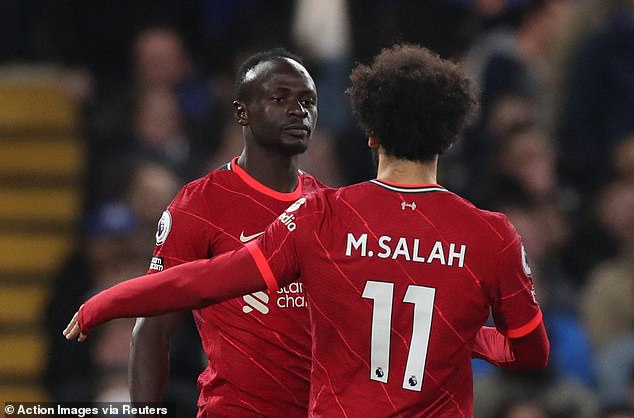 ‘Everybody is 100 per cent involved because they understand it’s now more important than ever. You can’t fly through every period with big results, you have to win some football games 1-0.’

The return of influential central defender Virgil van Dijk this season from a serious knee injury has been a huge bonus.

The Dutchman was expected to ease his way into the campaign but has missed only two Premier League games when he caught Covid.

Klopp admits his defensive leader has had to overcome obstacles to return to his best but his performances since Salah and Mane left have been exemplary. 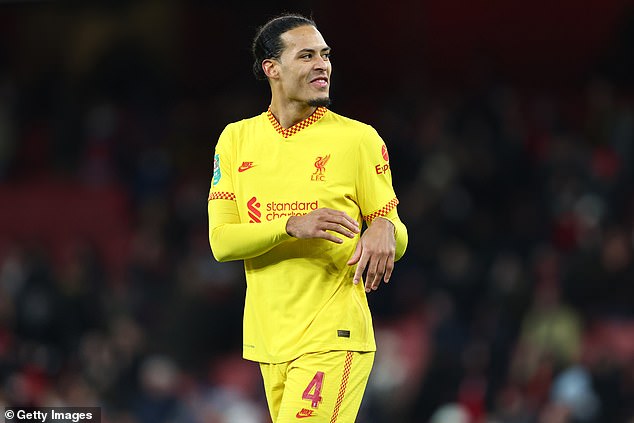 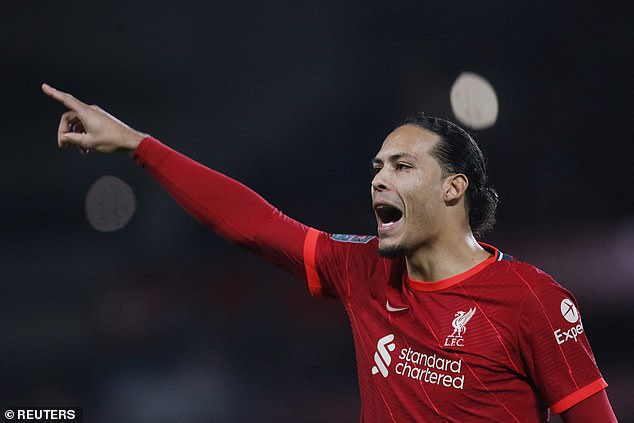 ‘It was a long recovery for Virgil, there were little bumps going on but that is normal,’ said Klopp.

‘He has done exceptionally well, the biggest thing was coming back from Covid when players can’t do certain things for one or two games. Now we are over that as well and I am really pleased.’

Liverpool won 7-0 at Selhurst Park on their last visit but Klopp won’t care how the three points are achieved given their second-placed position in the league.

‘This is our final,’ he said. ‘If I sat here and said I could smell that we could get to Manchester City it would be crazy, but to say “We don’t even try” — that would be crazy as well.

‘This group won their last 15 games two or three years ago and it was never easy.

‘We will try to win as many games as possible and it’s necessary because there is one spot for the champions and three more to qualify for the Champions League.’