Liverpool expect Jurgen Klopp to be back on the touchline for today’s FA Cup third round tie against Shrewsbury following a Covid outbreak that has led to a loan player being recalled to fill numbers.

Klopp, who has been isolating and missed the Premier League match against Chelsea last weekend after having to isolate, has had only mild symptoms and will return to Anfield providing he passes further tests.

‘We hope Jurgen will be back. Of course,’ said assistant-manager Peter Krawietz on Saturday. ‘He is well so far, he feels fine.

‘The regulations are how they are and he has to do more tests. We hope he will be fine to be with us on Sunday.’

Liverpool’s EFL Cup semi-final first leg was postponed against Arsenal on Thursday after a high number of Covid cases forced their training ground to close.

Though a number of first-team and under-23 players remain unavailable, the club can put a side out to face League One Shrewsbury. 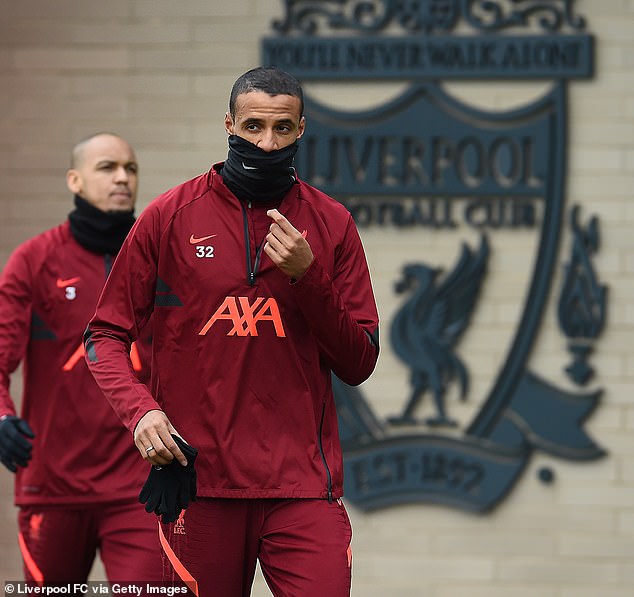 Defender Joel Matip has returned to training after missing the trip to Stamford Bridge with Alisson and Roberto Firmino while young midfielder Leighton Clarkson has returned from his loan at Blackburn and will be considered.

‘We have one loan player back. He will probably join the squad tomorrow,’ confirmed Krawietz.

‘We were searching for options nearly everywhere but we have found enough players to build a team and squad for Sunday. It will be an exciting game. We want the young players to be the opposite of nervous. We will make them feel comfortable.’

Krawietz, who has worked alongside Klopp for 20 years at Mainz, Dortmund and Liverpool admitted the past week had been strange.

‘This situation was bizarre, you can believe me. It was difficult for all of us,’ he reflected.

‘We had to shut the training ground and find solutions like we did in lockdown thanks to our fantastic athletics department led by Andreas Kornmayer. 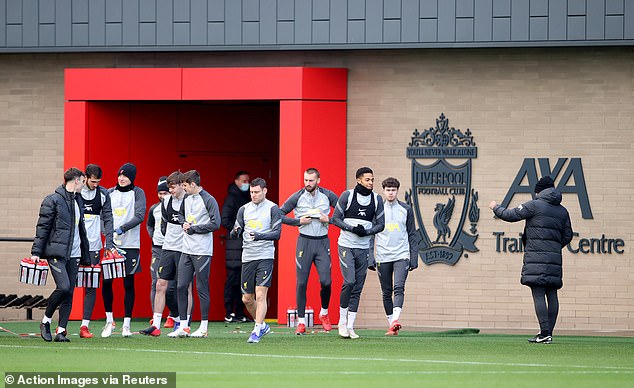 ‘The ones who could go outside could go for a run. For the players who had to quarantine at home, we gave them individual programmes day-by-day.

‘It was a busy week somehow even if we were sitting at home. The mobile phones were glowing!’

Liverpool beat Shrewsbury at the same stage of the FA Cup with a weakened team two years ago and Krawietz doesn’t want Sunday’s team to feel like underodgs.

‘Shrewsbury will be tough because of their quality, you can see they are well-managed, but we still have the idea to be dominant on the pitch,’ he said.

‘We want to win the ball as quickly as possible and play forward and finish situations. The players will be part of a team following our football way, being aggressive and of course playing good football.’