Liverpool boss Jurgen Klopp has hailed defender Nat Phillips as ‘one of the smartest players’ he has managed, saying the has improved as much as Robert Lewandowski did while he was in charge of Borussia Dortmund.

The 24-year-old played an important role at the back for Liverpool last season after their campaign was hampered by an injury crisis. However, he has since struggled to cement a regular place in the team in this campaign.

That hasn’t stopped Klopp gushing about Phillips, admitting he would sign the centre-back for ‘any club’ and praised his ‘unbelievable’ feet. 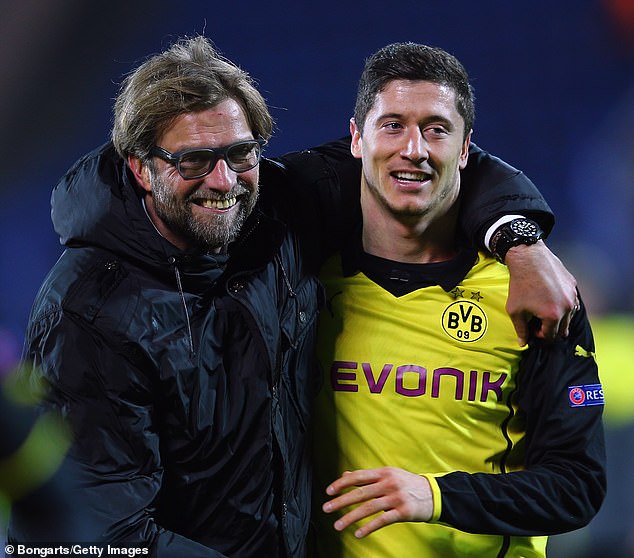 ‘I have to mention Nat Phillips,’ Klopp said. ‘People often ask me which player made the biggest improvements under my leadership, and I say Robert Lewandowski.

‘That’s probably right, but not far off that is Nat Phillips, just in a completely different department.

‘I remember when I saw Nat Phillips first. I spoke to him after the game and he’s one of the smartest players I ever worked with. I told him, ‘You know you are not the easiest on the eye, eh?’ 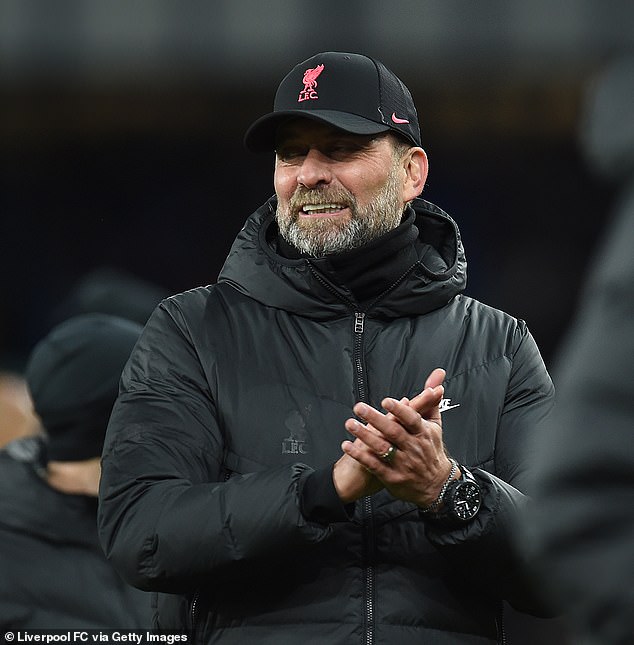 ‘He improved in pretty much everything since, and he’s not playing. Life is sometimes not fair and I can’t blame him.

‘We cannot keep him forever, that’s clear. We needed him, just to be safe, for that half-year. We will see what happens in the window. He was fine doing it because he’s a great guy.

‘His development is absolutely insane. You saw it last year, you would have said, “Nat Phillips, oh my god, he plays in the last line?”

‘People love him because of his heading but with his feet he is unbelievable. He’s a late starter, but his development is unbelievable. I would sign him for any club except Liverpool, because we have him.’ 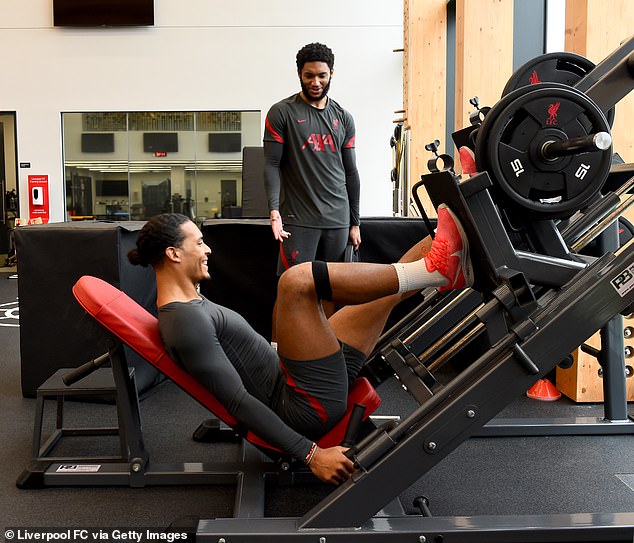 The 24-year-old drafted in to the Liverpool first XI last season after Virgil van Dijk (above), Joe Gomez, Joel Matip and others were ruled out injured 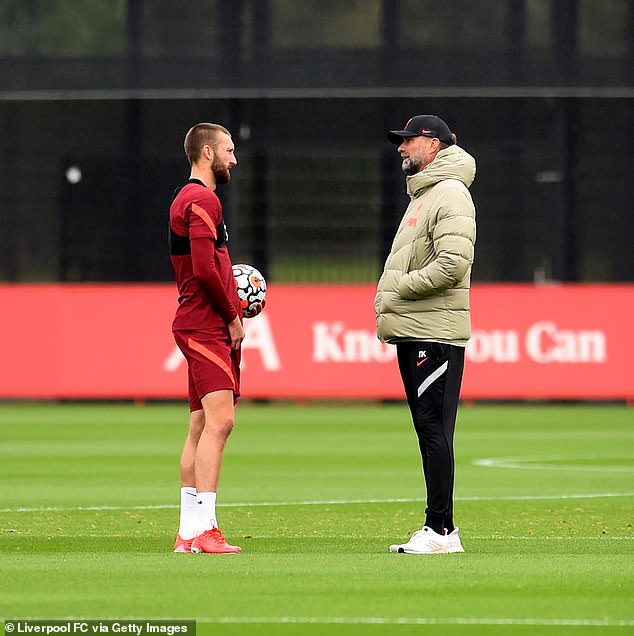 Phillips (left) impressed during the 20 appearances he was afford but has struggled to cement his place in the starting XI this term. As a result, he has been linked with a move away

Phillips spent years plying his trade in the Liverpool academy before heading out on loan to Stuttgart in 2. Bundesliga during the 2019-20 season.

The defender was then drafted in to the Liverpool first XI last season after Virgil van Dijk, Joe Gomez, Joel Matip and others were ruled out injured.

Phillips impressed during the 20 appearances he was afford but has struggled to cement his place in the starting XI this term.

As a result, the 24-year-old has been linked with a move away from Anfield, with several Premier League giants vying for his signature.