By Joe Ridge for MailOnline

Jurgen Klopp once again moaned at Liverpool’s fixture scheduling after it was confirmed that they will face Villarreal in the Champions League semi-final on a Wednesday night before a Saturday lunchtime kick-off against Newcastle.

Ahead of Wednesday night’s quarter-final second leg against Benfica Klopp described the decision to allow BT Sport to broadcast the St James’ Park Premier League clash at 12.30pm on April 30 as ‘unbelievable’.

Now Klopp has gone a step further by calling for the fixture to be moved to later in the day after the Reds confirmed their progress as a 3-3 draw at Anfield on Wednesday night sealed a 6-4 aggregate win over the Portuguese side. 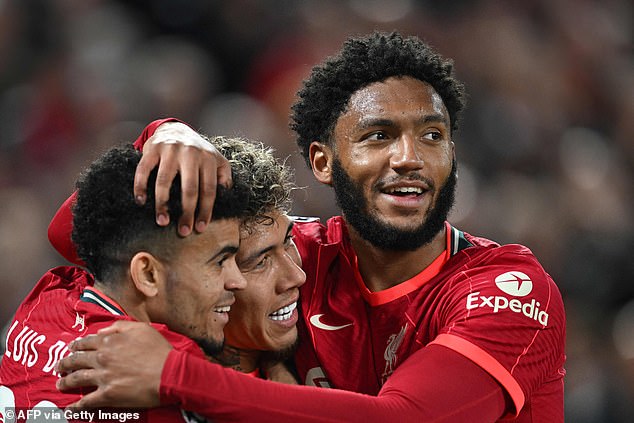 ‘Each hour counts in the process of recovery and if you want to send us problems then send us at 12.30 to Newcastle,’ Klopp told his pre-match conference ahead of Saturday’s FA Cup semi-final against Manchester City.

‘I don’t understand because people want to see a football game between Newcastle and Liverpool, but I don’t see why any team should have an advantage or disadvantage.

‘The league and the broadcaster, they just have to try at least to help that, and we will see. I didn’t hear anything from anybody about that yet. Nobody from BT contacted me yet, but I would say common sense will tell you that it’s probably the right thing to do, to move the game slightly backwards.’

Asked whether City’s hard-fought aggregate win over Atletico Madrid on Wednesday night will hand Liverpool an advantage on Saturday, with Kyle Walker and Kevin De Bruyne picking up injuries while Klopp was able to rest several players, the German boss insisted that beating Pep Guardiola’s will still be a huge challenge.

‘We know the quality of City, we don’t have to mention all the time but everybody knows,’ he said. ‘There are decisive challenges in a game and you have to win them. 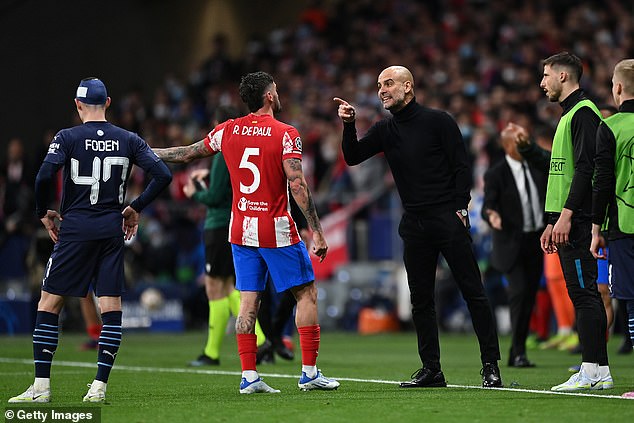 ‘We lost a couple of easy balls in the City game a few days ago, what they made of it is spectacular… it’s just good football, but we scored with really, really good football as well and we had other situations which didn’t end up in chances.’

Klopp added: ‘It’s a really intense fight on a really high level. The concentration levels, the boys, all of them, have to bring on the pitch is insane. It’s a bit like the Chelsea cup final. For 120 minutes it’s unbelievable how intense it is in all aspects, that’s why it’s so interesting.’

Liverpool’s star forward Mo Salah was rested on Wednesday night amid a goal drought following his Africa Cup of Nations exploits – and Klopp admitted that the Egyptian ‘hates’ not playing.

On Salah, Klopp said: ‘He played between January and February six games that lasted 120 minutes. It’s clear there will be some games where he doesn’t start or we take him off, he hates that but that’s clear.’

Klopp added that there is a ‘good chance’ Diogo Jota will be fit to face City after picking up a knock against Benfica.