By Raith Al-samarrai For The Daily Mail

Jurgen Klopp claimed Brentford ‘stretched the rules’ at set-pieces after Liverpool’s top-four push was severely undermined by a stinging 3-1 defeat in west London.

Liverpool produced an abject defensive performance in going down to an Ibrahima Konate own goal and further strikes by Yoane Wissa and Bryan Mbeumo, leaving themselves 15 points off Arsenal at the top of the table.

The manner of defeat was alarming, with Konate’s deflection into his own net coming from an Mbeumo corner and the same delivery leading to two first-half goals for Wissa that were both disallowed for offside.

Liverpool repeatedly failed to deal with the crosses, but Klopp pinpointed the officials for not clamping down on Brentford’s apparent grappling and pushing.

He said: ‘They stretch the rules in these moments. They are really pushing, really holding. The refs…that’s obviously what you can do.’

He added: ‘They stretch the rules in offensive set pieces. Don’t get me wrong it’s smart but they do. If you single out the situations you will find five fouls but it is so chaotic nobody sees it. But it is what they do and it is really good.’ 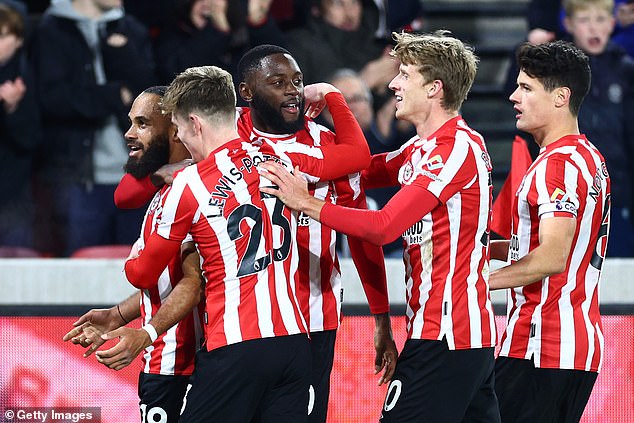 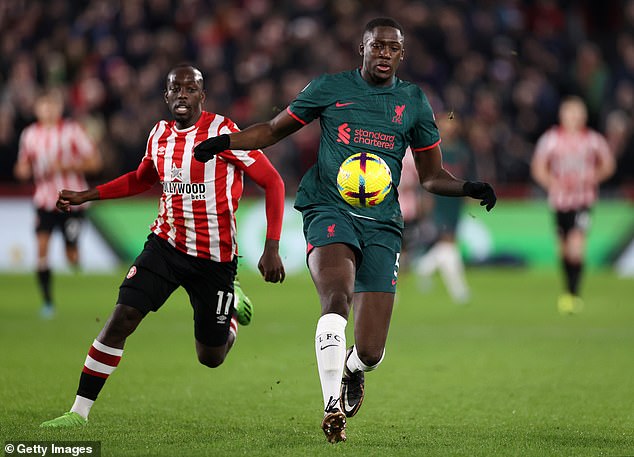 The manner of defeat was alarming, with Konate’s own goal coming from an Mbeumo corner and the same delivery leading to two first-half goals for Wissa that were disallowed

Brentford manager Thomas Frank later responded: ‘I guess we have some very good refs. We have four at the pitch and a VAR. It has never been more difficult to score a goal. We had two disallowed today.’

Klopp appeared severely frustrated after going 2-0 down in the first half and responded by substituting three players at half-time, including Virgil van Dijk. Klopp explained the Dutchman came off as a precaution.

He said: ‘Virgil felt the hamstring a little bit. He said he is fine, but when I said we don’t take any risks, the physios were quite happy with that.

‘I think it is nothing serious.’

On the wider performance by his side, he added: ‘The game got decided by the second goal which is absolutely our fault. We got away with an offside goal but then we are not awake. They cross and score and it decides the game. The second goal was a present to Brentford.’ 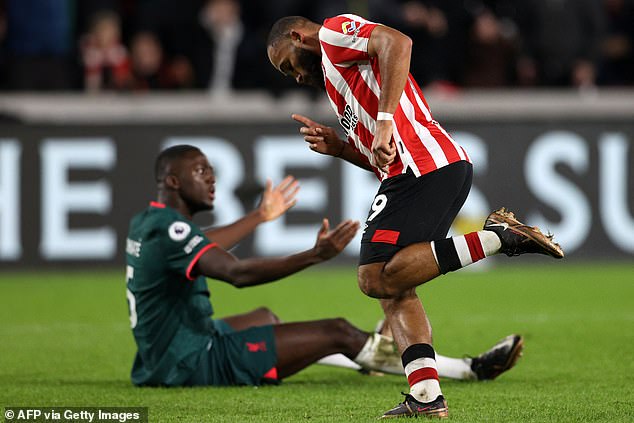 The German manager objected to Mbeumo’s strike for 3-1, claiming he fouled Konate 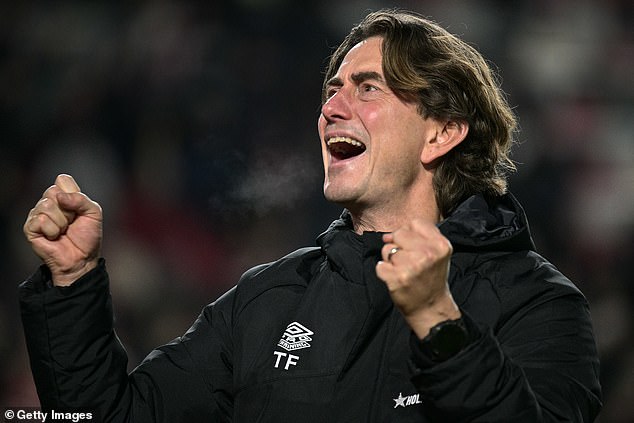 The German also objected to Mbeumo’s strike for 3-1, claiming he fouled Konate.

‘The third was never a goal,’ he said. ‘A slight nudge will make you go down.’

Frank was ecstatic after a third win in four, including a victory over Manchester City, and one achieved without the injured Ivan Toney.

He said: ‘These players keep impressing me, with their mentality, effort, will power, togetherness. It shouldn’t be possible in a way for Brentford to draw with Tottenham, win at City and beat Liverpool. But with big belief we did it.

‘We need to believe we can beat any team in the world and it is easier when we beat the bigger teams.’