David Panton was sometimes unkindly described as Julie Bishop’s handbag, as if he was just another of her expensive fashion accessories.

During Bishop’s time as foreign minister the property developer was regularly photographed smiling by her side at sparkling social gatherings but barely said a word in public.

Panton was largely unknown when he first appeared with Bishop at the 2014 Melbourne Cup, a year after the prime minister Tony Abbott appointed her minister for foreign affairs.

Mr Panton, 61, met Ms Bishop, 65, while she was the midst of her political career, serving as Australia’s Minister of Foreign Affairs

They had been introduced by Bishop’s close friend and retired Liberal politician Bruce Baird and shared an interest in fitness and health.

A seemingly never-ending round of glamorous outings would follow – including repeated invitations to marquees at Flemington racecourse, opening nights and fashion shows.

There were seats next to Nicole Kidman, Keith Urban and Vogue editor-in-chief Anna Wintour at the Australian Open, and a prime position to watch Carlton play West Coast with then US vice-president Joe Biden at the MCG.

Panton even sat next to Bishop at meeting of the United Nations General Assembly in front of some of the world’s most powerful leaders in 2015.

The pair spent the last night of that year at Melbourne’s Crown casino where they were photographed with James Packer before the billionaire’s then girlfriend Mariah Carey performed. 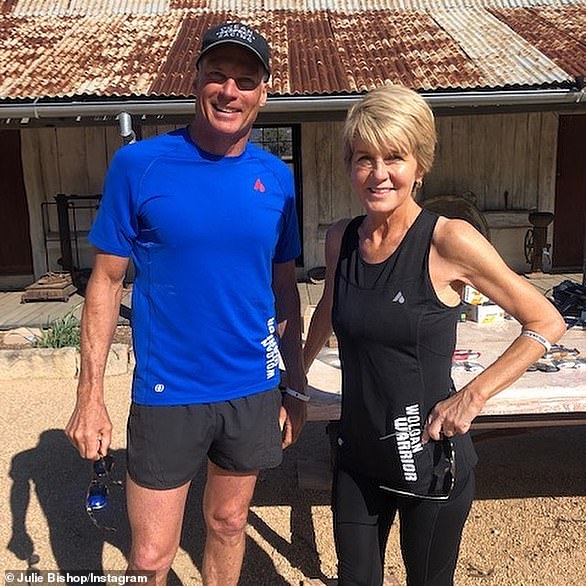 When asked why she fell in love with the property developer, Ms Bishop told a reporter: It’s self evident. Have you seen him?’

Two years later then US First Lady Melania Trump assumed Panton was Australia’s foreign minister when the couple attended another UN meeting, according to Bishop.

‘That’s a lovely handbag you’ve got tonight, Julie,’ Zempilas told Bishop as he moved through the crowd.

Zempilas: ‘Not you, David, I mean the actual handbag.’ 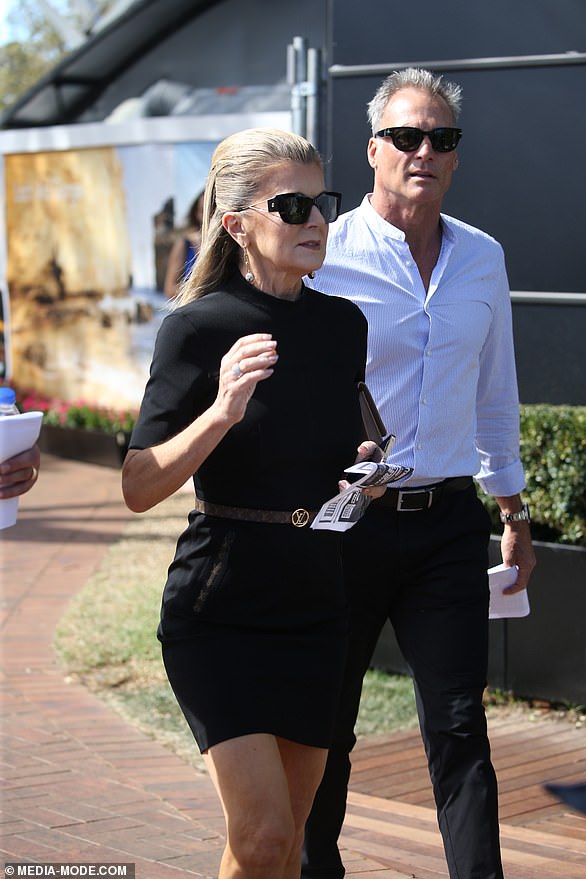 The couple’s long-distance relationship survived the worst of the Covid-19 lockdowns with her in Perth and him on the east coast for seven months.

‘It isn’t great, but it is all you can do because he can’t get in here, and I can’t go there without having to get an exemption,’ Bishop told The Daily Telegraph at the time.

‘It is very difficult but I know a lot of families have been separated in this way, it is challenging.’

In April last year Bishop and Panton were seen at the state funeral for designer Carla Zampatti’s funeral and a week age they dined with Prince Charles in London at St James’s Palace.

On July 1 they went to dinner at Eastbank restaurant in Sydney’s Macquarie Street  where Panton apparently told Bishop their relationship had run its course.

Both still have plenty on their plates to keep them busy as they go their separate ways.