She turned heads with her glamorous display at the Venice Film Festival last week.

And Julianne Moore, 61, opted for an altogether more casual ensemble as she headed out in London’s Notting Hill on Wednesday.

She was accompanied by her husband of 19 years, film director Bart Freundlich, 52, who was close by her side.

Her love: Julianne Moore stepped out with film director husband Bart Freundlich in London’s Notting Hill on Wednesday after her glam appearance at the Venice Film Festival

She completed her look with box-fresh white trainers and a Celine branded baseball cap.

Bart wore a blue sweater with jeans and tied a khaki jumper around his waist. 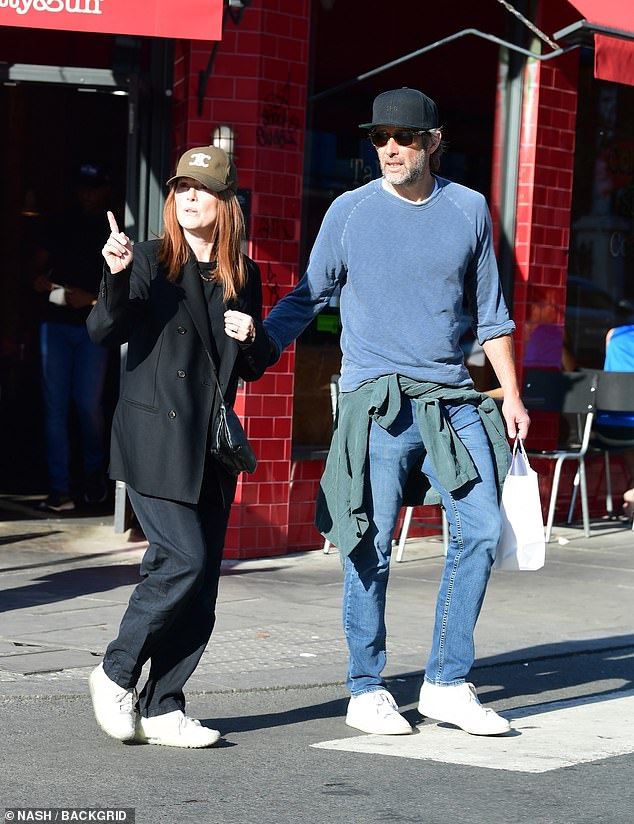 Julianne served as a jury president at this year’s Venice Film Festival.

Attracting the biggest stars, the film festival is held annually on the island of the Lido in the Venice Lagoon.

With movie screenings taking place in the historic Palazzo del Cinema on the Lungomare Marconi.

Other members of this years jury, which will be presided over by Julianne, include Argentinian director Mariano Cohn, British author Kazuo Ishiguro and Iranian actress Leila Hatami.

Julianne plays a leading role in Jesse Eisenberg’s directorial debut in the film When You Finish Saving The World.

She’s also set to star in the film May December alongside Natalie Portman and the upcoming film Mothertrucker. 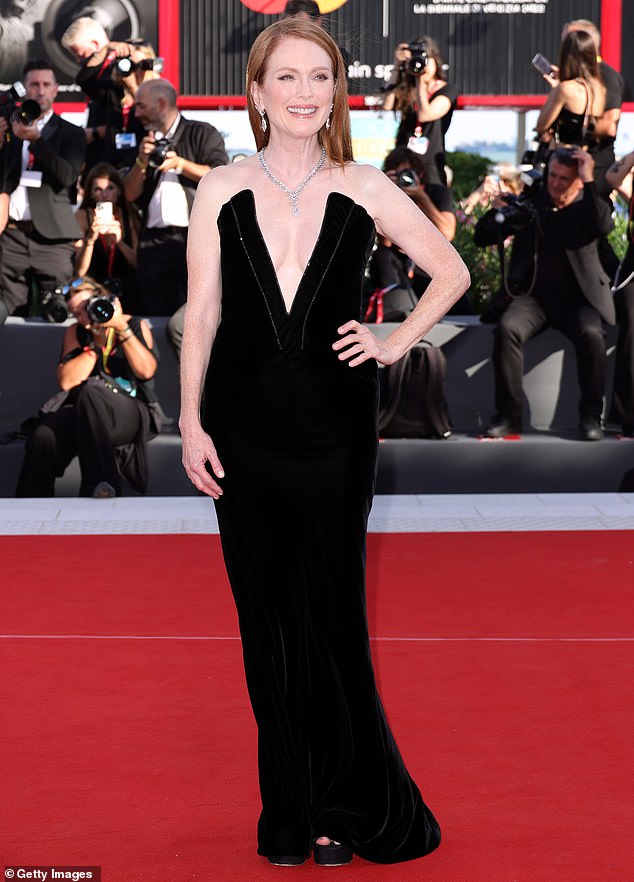 Every inch the Hollywood star: The Crazy, Stupid, Love star served as a jury president at this year’s festival (pictured on September 1)