The mother of Julian Assange’s children has revealed how the couple was able to secretly conceive their two sons while he was hiding out at the Ecuadorian embassy in London.

South African-born lawyer Stella Moris is currently raising her two young boys, Gabriel, three, and Max, one, alone in the UK while their Wikileaks founder father continues to fight his extradition to the US.

The 49-year-old Australian is wanted on an 18-count indictment alleging a plot to hack computers and conspiracy to obtain and disclose national defense information.

Assange had been holed up at the Ecuadorian embassy in the UK since 2012 where he met Moris and began a relationship with her in 2015.

Despite his inability to leave the embassy without risking arrest, Moris said they managed to have intimate moments and kept their relationship under wraps for years.

‘We found ways to be private,’ Morris said in an interview with CBS News on Thursday.

‘We had a tent in his room that we put fairy lights in… you know, like a camping tent,’ she said, adding that the shelter kept them out of view from CCTV cameras.

Stela Moris, who began dating Assange in 2015, revealed how the pair managed to keep their relationship – and her pregnancy – under wraps while he was hiding out at the Ecuadorian embassy in London 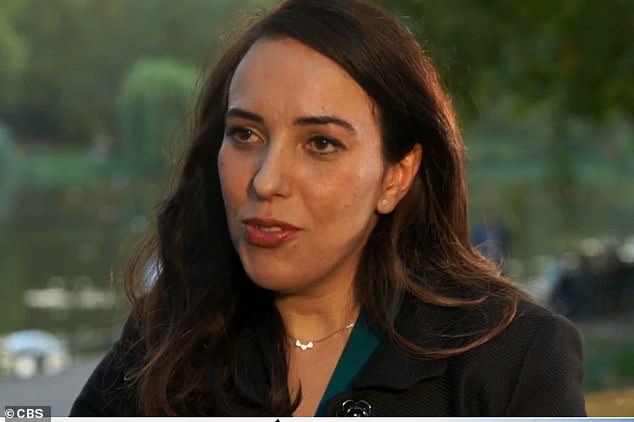 Moris, who is engaged to Assange, told CBS News the couple shared private moments in a ‘camping tent’ in his room, away from the CCTV cameras

The 37-year-old met Assange almost a decade ago after she helped work on a legal bid to halt his extraditions.

Shortly after those private encounters at the embassy, Moris became pregnant with their first child in 2016, and again in 2019.

In an earlier interview with 60 Minutes, she revealed she was able to hide both her pregnancies from authorities and the media by layering clothes over her baby bump.

‘I just piled on layers [of clothes] and complained about getting fat to hide it,’ Moris said. 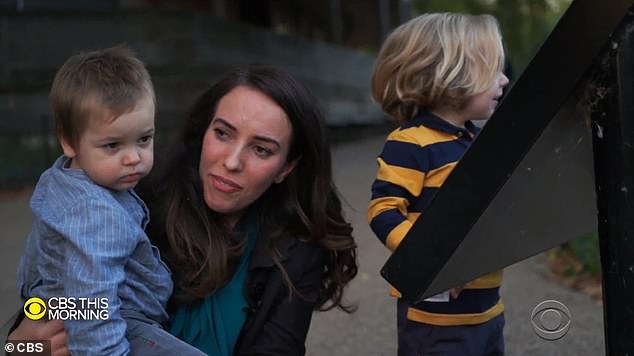 The 37-year-old South African-born lawyer is now raising their two sons, Gabriel, three, and Max, one, alone as their father fights extradition to the US

Despite the boys being unable to spend time with their father and the looming possibility they may not be able to see him again, Moris maintains Assange was ‘the man I wanted to start a family with.’

‘I was 33 and we decided, you know, let’s live our lives,’ she told the news station.

‘I try to give [the kids] as normal a feeling of a family as I can,’ she said, adding that the boys speak to their father every day.

‘I tell them that Julian is a hero. And I want them to just see our love and their father’s affection to the extent that we can.’

The 49-year-old Australian faces espionage charges over the leaking of hundreds of thousands of classified U.S. intelligence documents. 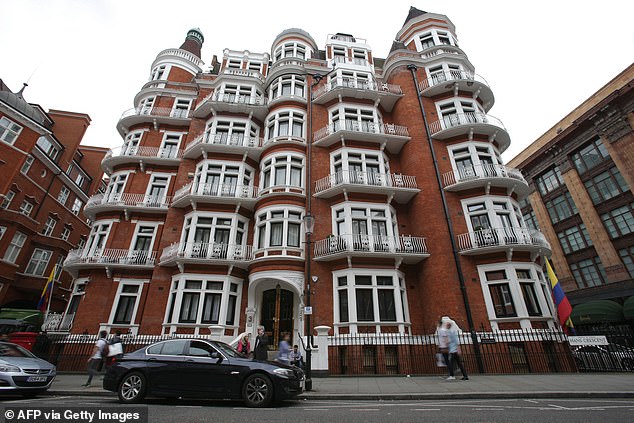 The Wikileaks founder were granted political asylum by Ecuador in 2012 until April 2019 when he was dragged out and taken to prison. Pictured: The Ecuadorian embassy in London

He was also wanted in Sweden after being accused of rape in 2010. Assange always denied the sex allegations, which have since been dropped.

Assange was granted political asylum by Ecuador in 2012 until April 2019 when he was dragged out and taken to prison.

Moris said she plans to marry Assange outside Belmarsh Prison in London’s outskirts by Christmas this year.

Moris is aware there is a chance the children will never be reunited with their father again.

She told the Sydney Morning Herald she would love to move to Australia as long as the government can protect her family.

‘I’ll live wherever he is safe and that’s why I want Australia to tell us that he will be safe there,’ she said.