‘I’m a traitor’: Jude Law’s English ex-girlfriend – who was born 10 miles from Wembley – will be supporting her Italian football star Jorginho’s nation for the Euros final

By Hannah Roberts In Rome For The Daily Mail

The English-born girlfriend of Italian footballer Jorginho says she has turned ‘traitor’ and will be supporting her homeland’s opponents in tonight’s final of the European Championship.

Catherine Harding posted a photograph of herself on social media draped in Italy’s flag – Il Tricolore – and described herself as an ‘English girl supporting Italy’.

‘Soooo everyone asking me what I will do if it is England vs Italy finals,’ she added. ‘This house has turned into an Italian supporting house. Don’t say I don’t love you @jorginhofrello. I’ve turned into a traitor for you.’ 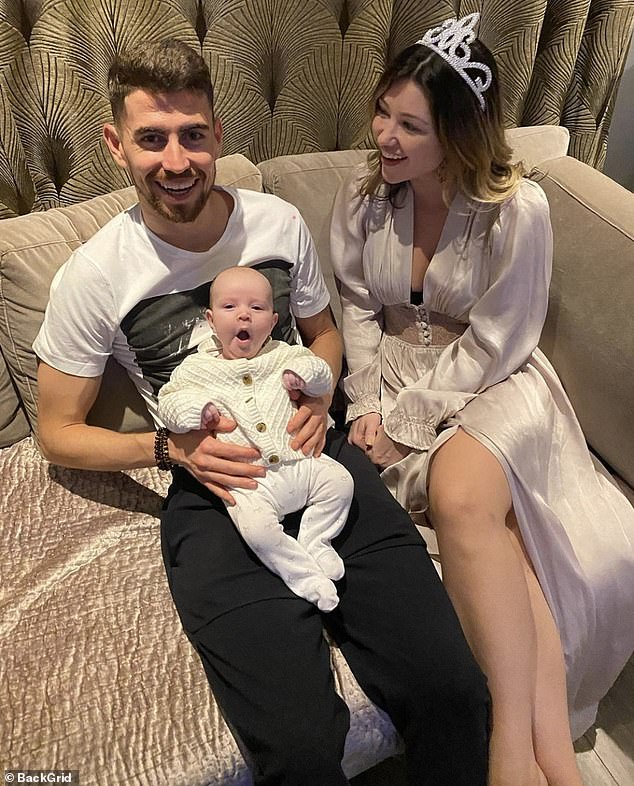 Singer-songwriter Harding, who goes by the name Cat Cavelli, has a ten-month-old son, Jax, with the Italian talisman

Her boyfriend, who plays for Chelsea and scored the winning goal in Italy’s semi-final penalty shootout victory over Spain, appeared to appreciate the gesture, replying: ‘Just a little betrayal for a good reason darling.’

Singer-songwriter Harding, who goes by the name Cat Cavelli, has a ten-month-old son, Jax, with the Italian talisman. She also has a six-year-old daughter Ada from a previous relationship with the actor Jude Law. Born in Enfield, just ten miles from Wembley, Ms Harding grew up in Ireland and rose to prominence in last year’s series of the BBC talent show The Voice, reaching the knockout stages.

She quietly began dating Jorginho after he split from Natalia Leteri, his wife of eight years with whom he has two children. The marriage is thought to have come under strain after he joined Chelsea from the Italian side Napoli in 2018.

The 29-year-old inherited his sporting prowess from his mother, Maria Tereza Freitas, who was a successful amateur footballer in their native Brazil. She encouraged his move to Italy at the age of 15, where he ended up living with monks while training in the academy of Hellas Verona. He was eligible for Italian citizenship through his paternal great-grandfather, who left a village in Vicenza to seek his fortune in Brazil.

‘There was a place for the monks and another for the scholars in the academy,’ Jorginho once recalled. ‘Six of us in a little room for one-and-a-half years and we were paid €20 a week. They really took care of us and the food was amazing. We had to be in the house by 11 o’clock. I have good memories of my time there.’ His salary at Chelsea is said to be £110,000 a week.

Italian manager Roberto Mancini, who has been credited with the national team’s remarkable renaissance since the country failed to qualify for the 2018 World Cup, will be hoping for another stellar performance from Jorginho. 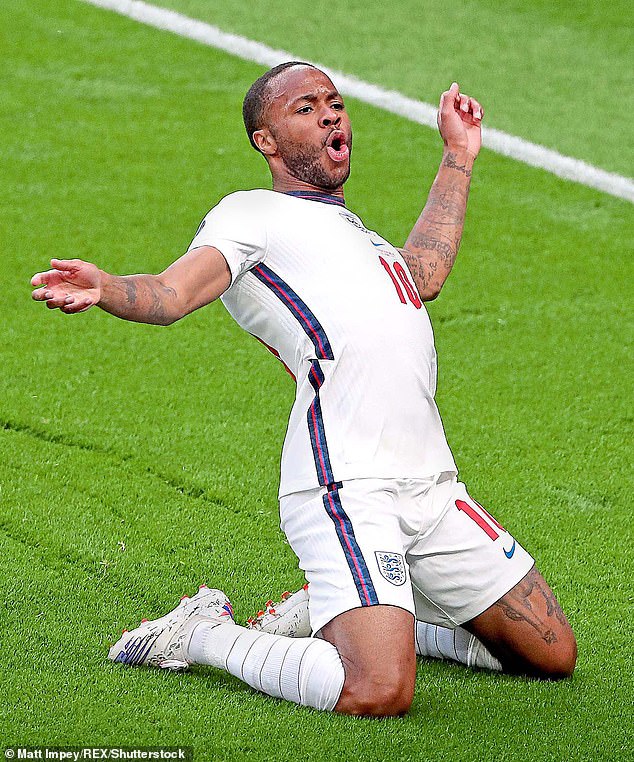 Smartly dressed in a Giorgio Armani suit specially made for the Italian squad and wearing a £140,000, 18-carat white gold Richard Mille watch, the 56-year-old is hoping to extend an unbeaten record that runs to 33 games.

The former Manchester City coach has admitted to disdain for the drinking culture that once blighted English football. ‘I don’t understand them drinking until they are drunk. We do not have that culture in Italy. We would prefer to go off with a woman. That’s what I liked to do after a match,’ he once said.

Ironically, Mancini could have become England’s manager were it not for the EU referendum. He had been tipped for the job in 2016 and was even invited by the FA to watch the Three Lions play when Gareth Southgate was interim coach, but the talks collapsed.

Deeply superstitious, the Italian dabs wine behind his ear to ward off bad omens, has banned players from wearing purple and often insists the team bus takes the same direction to matches.