JP Morgan boss paid £28m as profits slump: Jamie Dimon landed hefty bonus for his performance in 2022 on top of his £1.2m base salary

JPMorgan’s boss took home a mammoth £27.9m last year despite it suffering its steepest profit fall in over a decade.

Jamie Dimon landed a hefty £26.7m bonus for his performance at the investment bank in 2022 on top of his £1.2m base salary, according to a filing with US regulators.

The award came despite JPMorgan’s profits slumping to £30.4billion in 2022 from £39billion the previous year, its biggest decline since 2008, as investment banks across the world were hit by falling fees amid growing anxiety about the global economy.

In the money: The investment banking chief with his wife Judith

JP Morgan’s board said it had considered Dimon’s ‘holistic performance across financial and nonfinancial performance dimensions’ when deciding his pay award.

But the bank added that in the future it would no longer give the chief executive any ‘special awards’ following investor backlash against a decision to give Dimon, 66, a one-off award worth £40m over several years, in addition to his £27.9m pay packet for 2021.

The row caused most of the bank’s shareholders to vote against its pay plan at its annual meeting in May. Total pay across the group, meanwhile, rose 8 per cent in 2022 to £33.6billion. Debates over banker pay have begun to re-emerge after the sector cashed in on a deal-making boom sparked by the end of pandemic restrictions.

Earlier this week, the European Banking Authority revealed a record number of EU bankers had earned over €1m (£876,000) in 2021.

A total of 1,957 bankers in the bloc saw their pay top seven figures during the year, a rise of over 40 per cent compared to 2020. Excluding the UK, it is the highest number of European bankers earning over €1m since records began in 2010.

But while global bankers may be enjoying bumper paydays, there are signs the party could be coming to an end as the economic outlook turns sour. Yesterday, it was reported Deutsche Bank had slashed the bonus pool for its investment bankers by 40 per cent, one of the steepest cuts in the industry, with dealmakers in the mergers and acquisitions department expected to be at the sharp end. 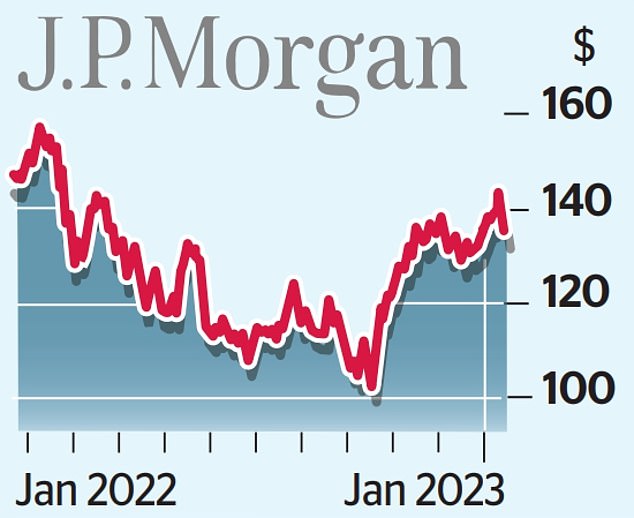 Earlier this week, Goldman Sachs reported profits for the fourth quarter of last year had fallen to £1.1billion from £3.2billion in the same period in 2021, the bank’s fifth consecutive quarter of falling profits as it slashed staff and cut spending.

Rival Morgan Stanley saw fourth-quarter profits slide from £3billion a year ago to £1.8billion this time around despite a record performance for its wealth management business.