Jose Mourinho was serenaded by Inter Milan supporters as he returned to San Siro in a defeat for his Roma side.

The Portuguese boss spent two years in charge of I Nerazzurri, winning Serie A in his first season before completing the treble – the league title, Coppa Italia and Champions League – in his second campaign.

He has previously described Inter as his ‘home’ and it seems that the affection is mutual, with home fans chanting Mourinho’s name in the second half of Saturday night’s match.

One of the special ones ✨ pic.twitter.com/OG6STi25UF

The 59-year-old held up his hand to acknowledge the supporters and looked visibly emotional on the touchline.

On the pitch, Roma were outclassed by Inter who moved back to the top of Serie A with a 3-1 victory.

Goals from Denzel Dumfries, Marcelo Brozovic and Lautaro Martinez put Simone Inzaghi’s side into a commanding position inside 52 minutes before Henrikh Mkhitaryan netted a late consolation. 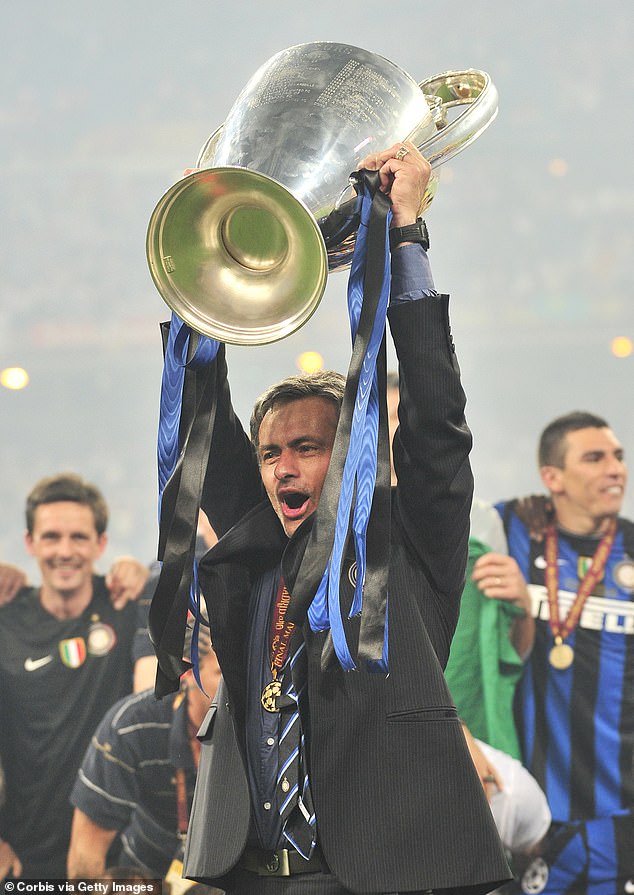 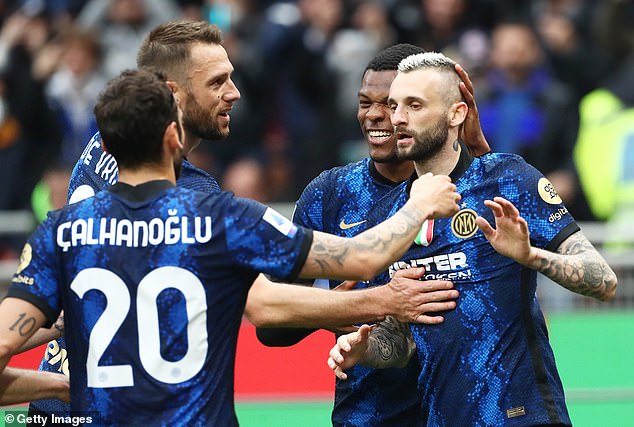 It was a blow for Mourinho’s team, who remain fifth in the table as they battle for Champions League football next season. They are five points behind fourth-place Juventus who have a game in hand.

‘I love Inter, Inter love me, but I want to win every match,’ Mourinho told DAZN afterwards.

‘Obviously, we no longer have to play Inter, Milan or Napoli, so now I can say I’d like Inter to win the Scudetto. I couldn’t say that before, as this is my work and we are paid to win.’ 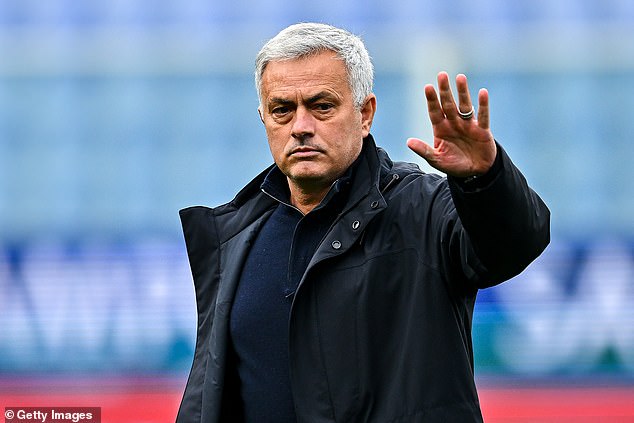