Roma’s win against Genoa on Sunday has cost Jose Mourinho dear, as he has bought goalscorer Felix Afena-Gyan a new pair of shoes worth £670 (€800).

The 18-year-old scored his first senior goals after coming off the bench with 15 minutes left as the Giallorossi secured a 2-0 win and spoiled Andriy Shevchenko’s managerial debut in Serie A.

Afena-Gyan ran to celebrate with a jubilant Mourinho after scoring Roma’s first with 82 minutes gone, before completing his brace in stoppage time with a brilliant long-range effort.

Speaking after the game, Mourinho joked the celebration for the first goal allowed Afena-Gyan to remind him of a deal they had agreed before the game.

‘I promised him a very expensive pair of shoes, for €800, and he came to me to make sure I didn’t forget,’ he told broadcaster DAZN.

‘I really like his coldness, his physicality but above all his humility.’

The Portuguese kept his word and purchased a pair of shoes for the teenager and presented it to him on Monday at Roma’s training ground. 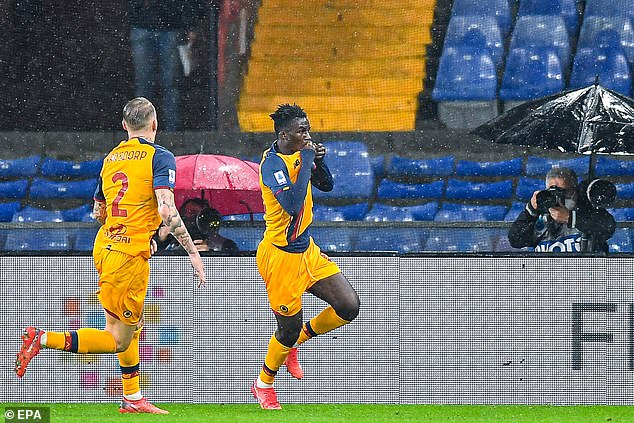 In a clip posted on Instagram by Afena-Gyan, the striker can be seen opening a box containing the shoes, while Mourinho and his teammates urge him to try them on.

Speaking after his match-winning performance at Genoa, which lifted Roma up to fifth in Serie A, the 18-year-old heaped praise on Mourinho.

‘He is teaching me a lot and I am learning a lot from him,’ he said.

‘He is someone who has achieved a lot during his career and he is a great person. I am glad to be working with him. 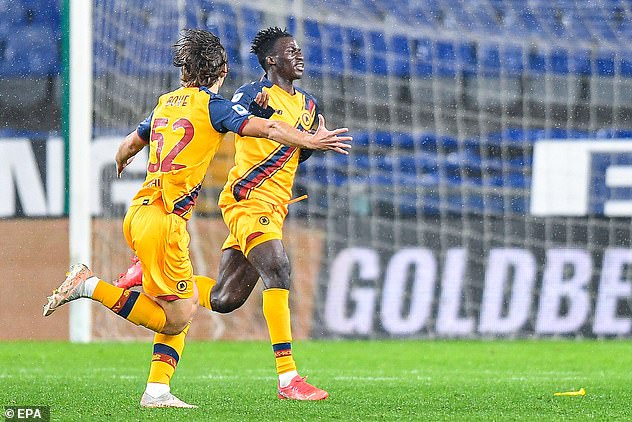 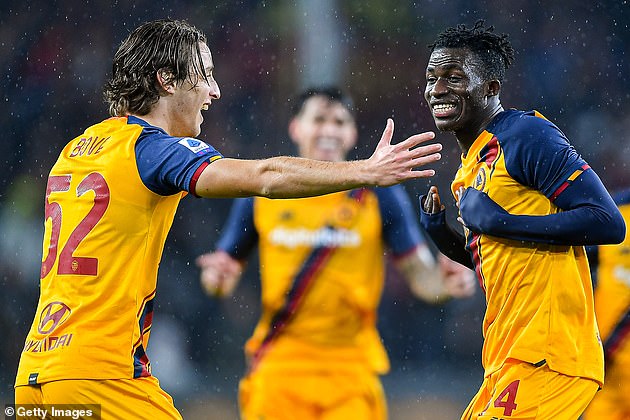 ‘He encourages me day-in and day-out to do everything that will help me improve in future. So I am happy to be working with Jose Mourinho. I thank him very, very much.’

Meanwhile, Mourinho confirmed the striker will remain with Roma’s senior team after joining the club’s Primavera set-up (youth squad) in January, where he is working under former Italy midfielder Daniele De Rossi.

‘I am sorry for [Daniele] De Rossi and the Primavera squad, but Felix will stay with us,’ he said. 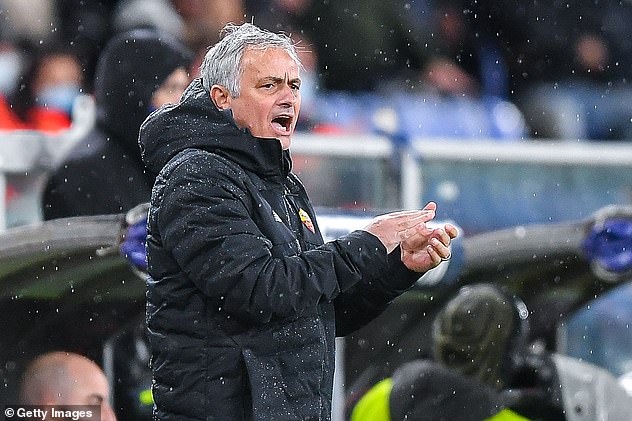 ‘The Primavera work close to us, so Felix and another four or five players have come across to the senior squad.

‘You get these kids now who think they know everything, but he is humble and you can sense he just absorbs all this information from everyone around him. That’s fantastic.

‘What impressed me the most was his cool head in front of goal. If he is not in terms of technique fantastic, he does have a strong mentality.’