Jordan Sparks is lending her star power in support of Chris Brown.

The songstress followed on the heels of Kelly Rowland and came to the defense of the R&B singer, revealing that she thinks he should he been able to attend Sunday’s AMAs to receive the award he won and perform a planned Michael Jackson tribute.

Ahead of the ceremony, Brown told fans the King Of Pop tribute was scrapped at the last minute, but wasn’t given a reason why from AMA executives, although Sparks speculated it stems for his history of abusive behavior, including the attack on then girlfriend Rihanna in 2009. 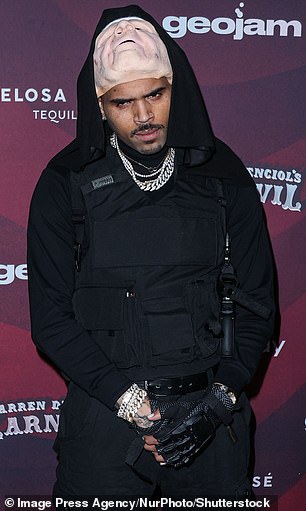 Defending Brown: Jordan Sparks came out in defense of R&B singer Chris Brown and revealed she thinks he should have been able to attend the AMAs this past Sunday to receive the award he won and perform a planned Michael Jackson tribute

‘We love Chris. He should have been there,’ Sparks, 32, told TMZ as she was made her way outside ABC Studios in New York City on Tuesday.

‘People deserve to be able to grow and learn and be able to live their life without things hanging over them. Everybody deserves that … him especially.’

The American Idol season six winner went on to elaborate on why Brown, 33, should have been able to perform at Sunday’s AMA event.

‘Honestly, I think that shouldn’t even be a conversation anymore. It’s about his talent,’ Sparks said of Brown’s past mistakes. ‘They just shouldn’t have canceled the performance. That’s how I feel about it.’

It should be noted that Sparks and Brown have been friends since they collaborated on the hit song No Air, which served as the second single from Sparks’ self-titled debut studio album that dropped back in November 2007. 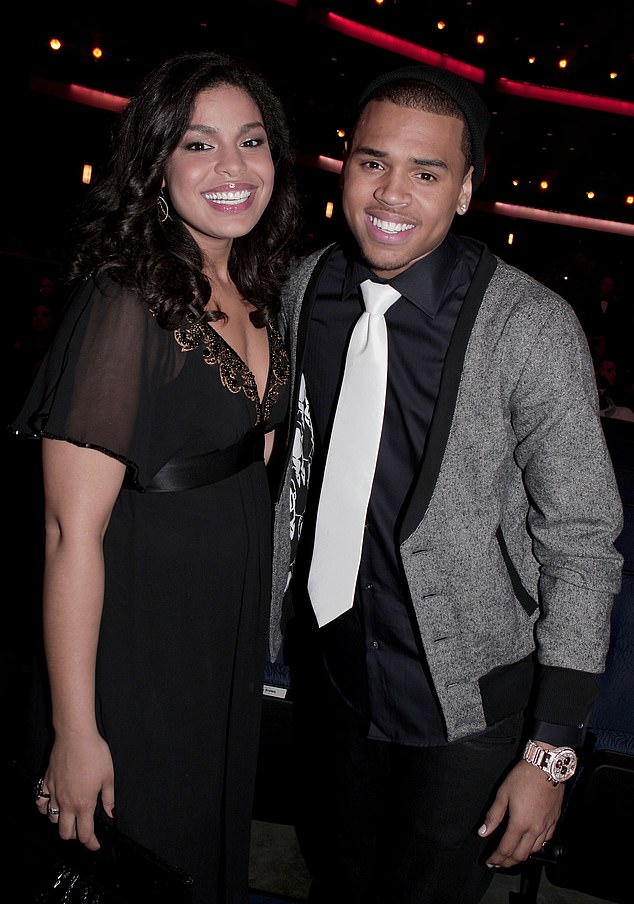 Friends and colleagues: Sparks and Brown (pictured) have been friends since collaborating on the hit song No Air, which was the second single from Sparks’ debut studio album (2007)

Spark’s comments came just days after Rowland came out in support of Brown both at the Sunday’s AMAs, and the following day when she told TMZ she believes ‘grace is very real, and we all need a dose of it,’ in reference to the Look At Me Now singer.

‘Before we point fingers at anybody, we should realize how grateful we are for every moment that we get, even for our own [problems] that we have.’

The Destiny’s Child alum added, ‘I just think it’s important to remember to be human. We are humans.’

Rowland also came to the defense of Brown the previous day when she accepted his AMA trophy for Favorite Male R&B Artist. The crowd erupted into obvious boos when his name was announced as the winner.

‘Excuse me, chill out,’ the Dilemma star shot back at the audience, before offering high praise for the R&B singer’s talent.

‘Chris, thank you so much for making great R&B music,’ she announced to the crowd, adding, ‘I’ll take this award [and] bring it to you. I love you. Congratulations, and congratulations to all the nominees in this category.’ 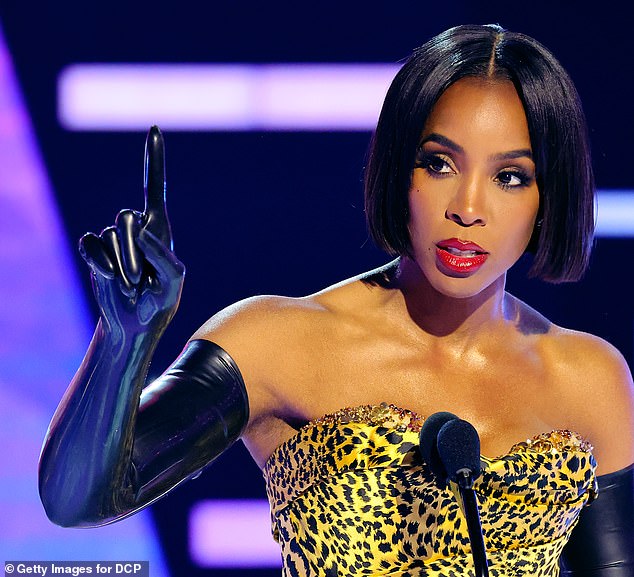 Defending Brown: Kelly Rowland came in defense of Brown when she told the AMA crowd of boo-birds to ‘chill out’ when she accepted his Favorite Male R&B Artist award; she also defended him during an interview with TMZ on Monday

Brown’s has felt backlash from some fans and critics over the years in the wake of his numerous legal issues, which has included violent behavior.

The most high-profile of the allegations involved the assault on Rihanna back in February 2009. The couple had an argument that escalated into physical violence, leaving Rihanna with visible severe facial injuries that required hospitalization.

Ultimately, Brown pleaded guilty to a felony and accepted a plea deal of community labor, five years of probation, and domestic violence counseling.

In October 2013, Brown was arrested for felony assault in Washington, D.C., after refusing to take a picture with a man. The charge was later reduced to a misdemeanor.

More recently, Brown was sued this year for allegedly drugging and raping a woman in 2020, and he was accused of hitting a woman in 2021 but he wasn’t charged due to insufficient evidence, both of which he denied, according to Page Six.

After coming onto the musical landscape in 2005, Brown has since sold over 197 million records worldwide, making him one of the best-selling musical artists. 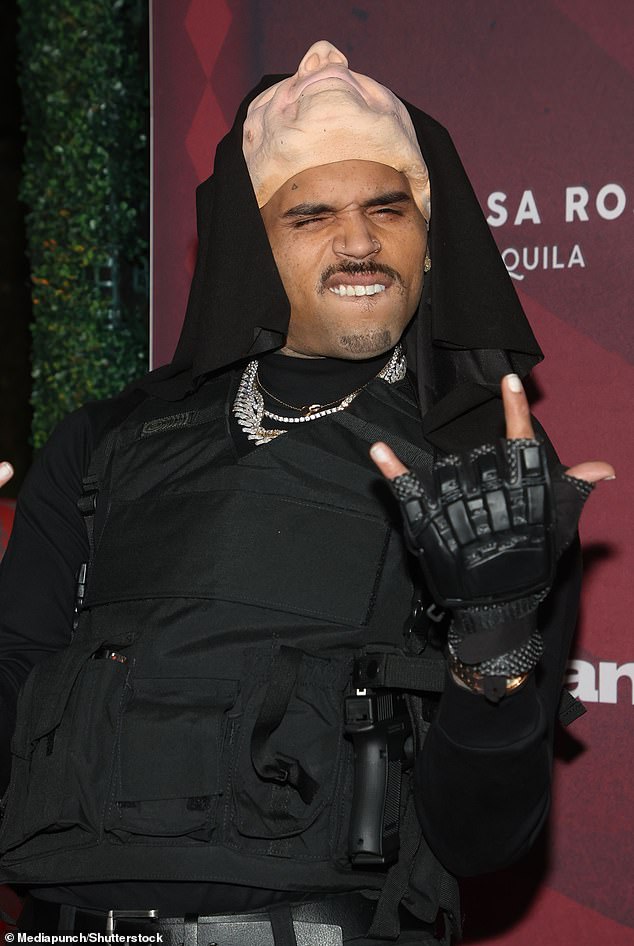 Legal issues: Brown has felt backlash from some fans and critics over the years in the wake of his numerous legal issues, which has included violent behavior such as the assaulrecent t case involving his then girlfriend Rihanna in February 2009; the singer is pictured at a Halloween party this past October