Jordan Poole is ‘finalizing a four-year, $140m contract extension with Golden State with final details to be completed TODAY’ as Warriors lock up guard after the Draymond Green sucker-punch incident

ESPN’s Adrian Wojnarowski reports that the deal is going to be formally done later on Saturday after speaking with Poole’s agents Drew Morrison and Austin Brown of CAA Sports.

A formal announcement from the player and team is expected to occur in the imminent future. The deal comes just four days before the 2019 Draft class rookie scale extension deadline.

Poole has recently been considered the new third piece of the Golden State ‘Big Three’, in addition to Klay Thompson and Steph Curry.

Now the four-year extension has solidified his presence as a cornerstone of the Bay Area franchise.

The reported new deal engenders some much-needed positivity after what has been a turbulent few weeks for the Warriors. 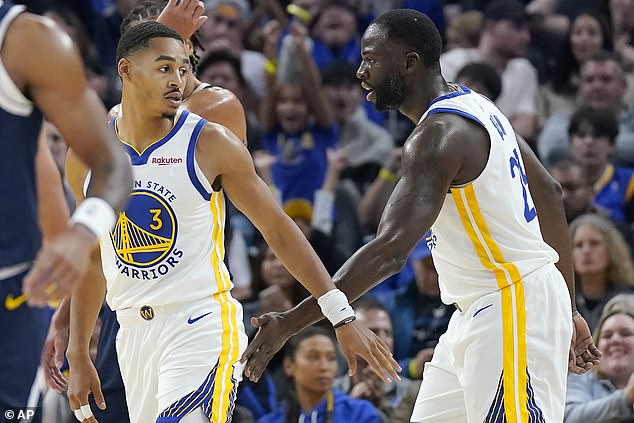 It comes just over a week since footage of Poole being punched by Draymond Green at a recent Warriors practice was leaked to TMZ.

However, the pair appear to have put the fight behind them as Green returned to the court Friday night for the Warriors for the first time since punching Poole and subsequently being fined by the organization.

Green started the game for Golden State vs. Denver Nuggets, while Poole entered Friday’s preseason game off the bench in the first quarter to a big applause from the crowd.

And the two exchanged a handshake prior to the game, before Green was seen giving Poole a pat on the behind after the former Michigan guard made a floater in the first half. 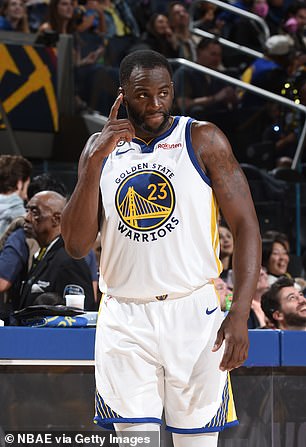 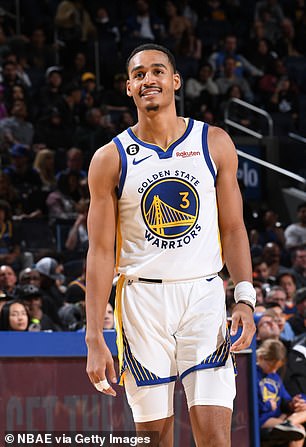 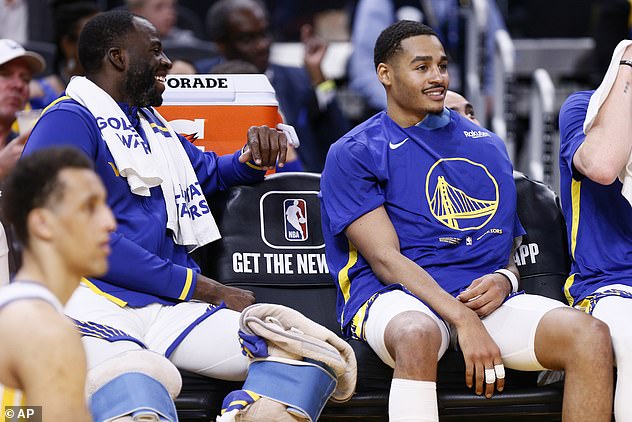 Green and Poole are seen smiling on the bench during the first half of the game vs. Denver

Poole led the NBA in free throw percentage last season with an astonishing success rate of 92.5 percent. He also averaged 18.5 points, 4.0 assists and 3.4 rebounds during his breakout year.

It remains to be seen what impact Poole’s imminent deal will have on the future of teammate Draymond Green, who has a player option available to him at the end of season 2022-23.

Poole and the Warriors kick off their NBA season vs. LeBron James and the Los Angeles Lakers on Tuesday night. 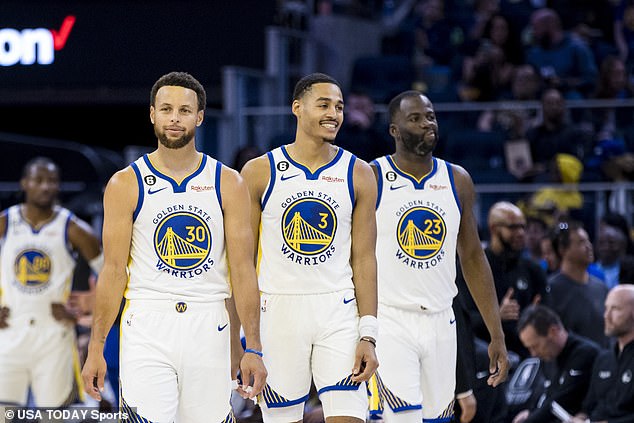