Ansu Fati seized his chance to impress Spain manager Luis Enrique as the Barcelona youngster scored in his side’s 3-1 victory over Jordan in a World Cup warm-up on Thursday.

The 20-year-old was handed a start and needed only 13 minutes to make his mark in a sold-out Amman International Stadium, converting from a pass by Marco Asensio.

With all eyes on Fati after doubts over whether he would make the 26-man squad, he looked lively and was off target with another couple of attempts as a Spanish side featuring several fringe players dominated.

Spain made a host of changes after the break with Robert Sanchez replaced in goal by David Raya who was called into action to keep out a fine effort by Mahmoud Mardi.

The former world champions doubled their lead in the 56th minute when Carlos Soler dribbled into the box and set up Pablo Sarabia who made a mess of his effort but Gavi seized on the loose ball to fire home.

Youngster Nico Williams, who replaced Fati late on, did his cause no harm with a well-taken third in the 84th minute. 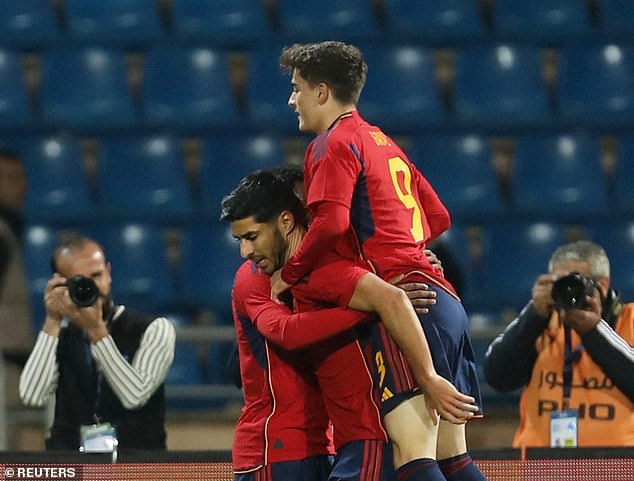 Spain blotted their copybook as Jordan managed a late consolation through substitute Hamza Al Dardour after a mistake by substitute Cesar Azpilicueta.

Luis Enrique’s side face Costa Rica in their World Cup opener on Nov. 23 and they also face Germany and Japan in Group E.