Jonathan Cheban, whose official name is now Foodgod, was seen during a rare outing in Beverly Hills late last week.

Instead the star was with a blonde mystery woman who wore cute pink frame sunglasses as she clung to the reality TV veteran. DailyMail.com has learned her first name is Erica.

Back in the 90210: Jonathan Cheban, whose official name is now Foodgod, was seen during a rare outing in Beverly Hills late last week 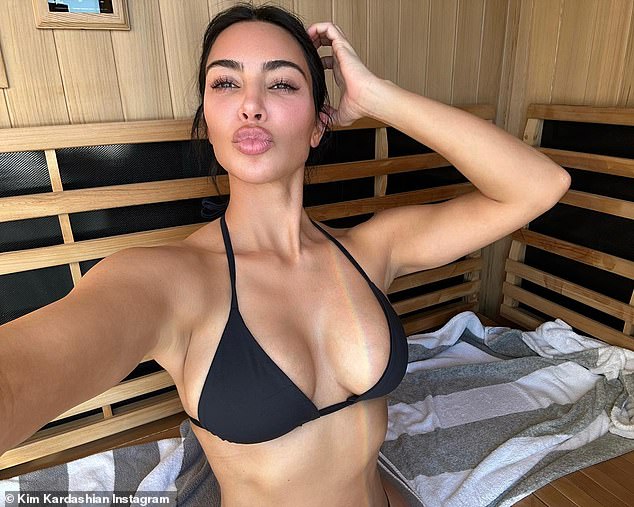 Would she approve? His very close friend is Keeping Up With The Kardashians vet Kim Kardashian

Cheban wore dark clothing with a print T-shirt that featured Madonna in a #1 shirt, and black slacks as he made his way around Rodeo Drive.

His female friend had light hair and wore a dark blazer over a dark top with ripped jeans and black Louis Vuitton sneakers.

She held a beige and black Louis Vuitton purse.

They walked in step and she held onto his arms.

He has not been romantically linked since his last girlfriend, stylist Anat Popovsky, whom he met in 2012 while filming Kourtney and Kim Take Miami. 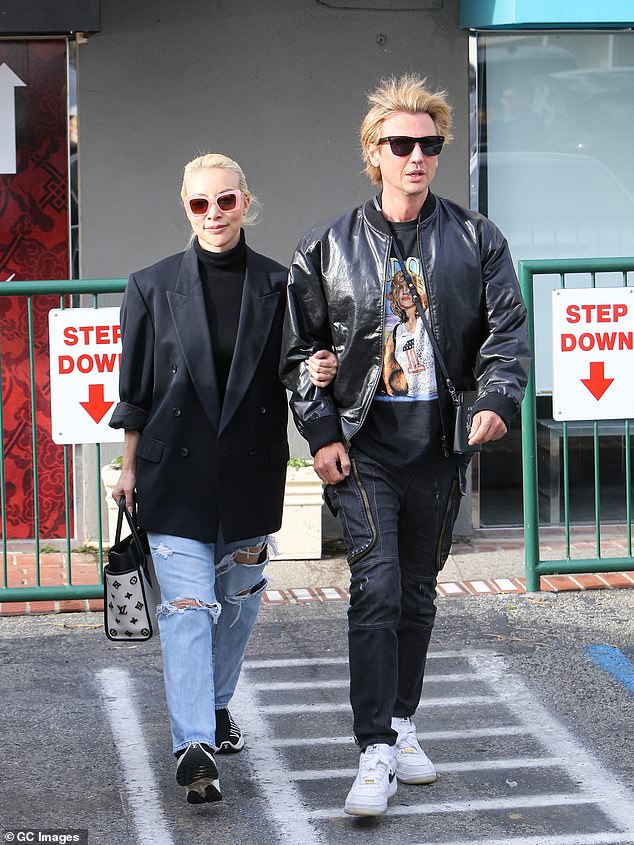 In 2017 he was seen holding hands with a pretty blonde woman, but she was never ID’d.

In September he looked upset when he got a parking ticket on his Alfa Romeo sedan in photos obtained exclusively by DailyMail.

The New Jersey native walked up to his white car, pulled the ticket off the window, then talked to a parking enforcement officer on the sidewalk.

Jonathan has stayed close to Kim over the past 15 years.

He has carved out a niche for himself as Foodgod who explores the more exotic foods of the world, like deep friend pastries and cotton candy cones. 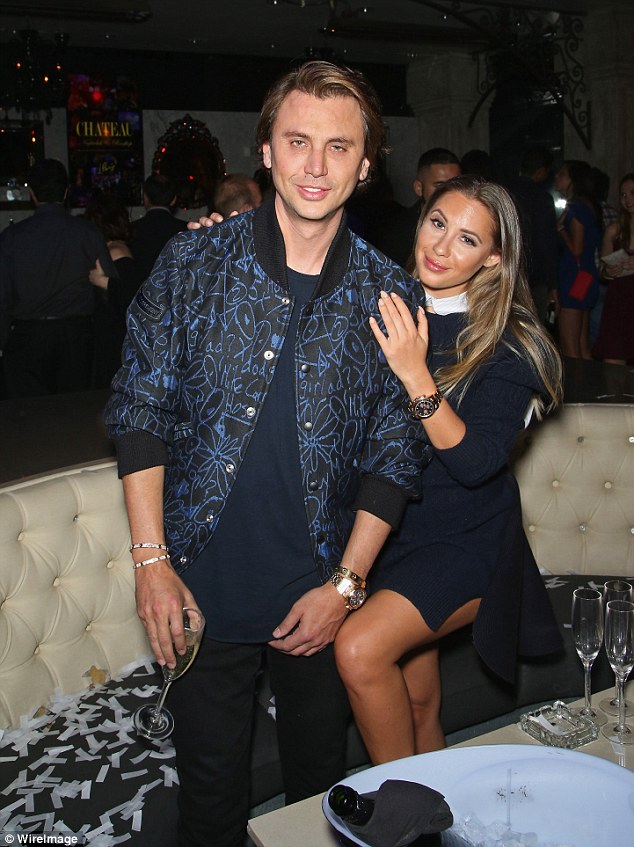 She will be missed: His ex is Anat Popovsky; here they are seen in Las Vegas in 2016

Cheban has amassed a big social media following which was parlayed into TV fame as he launched Foodgod on the Food Network.

His costars include Kim Kardashian, Kris Jenner and Fat Joe.

This comes months after he was seen at the same shop.

There was an attempted robbery at the Louis Vuitton store in Beverly Hills in April in broad daylight when a man ran out of the luxury store with a $8,000 leather jacket. 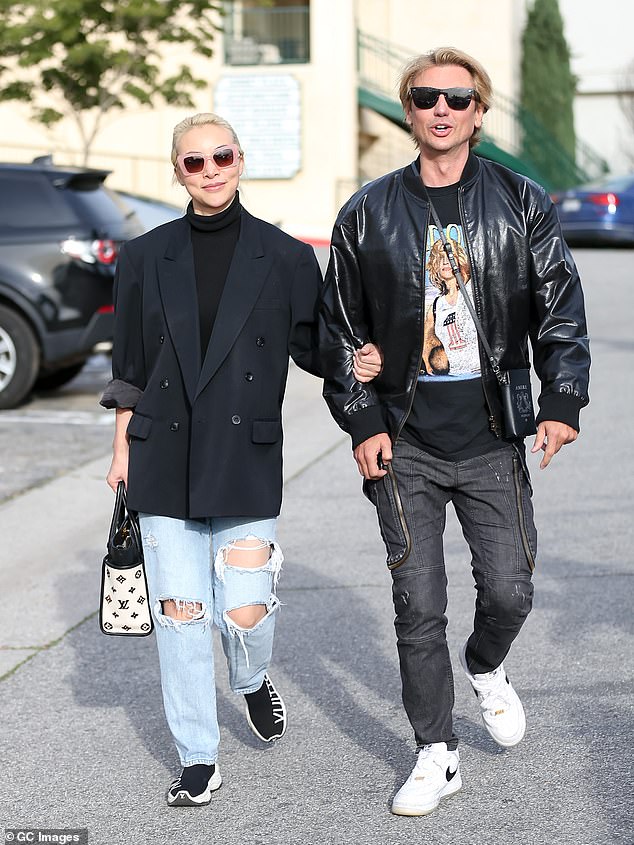 In style and in step: Instead the star was with a blonde mystery woman who wore cute pink frame sunglasses as she clung to the reality TV veteran 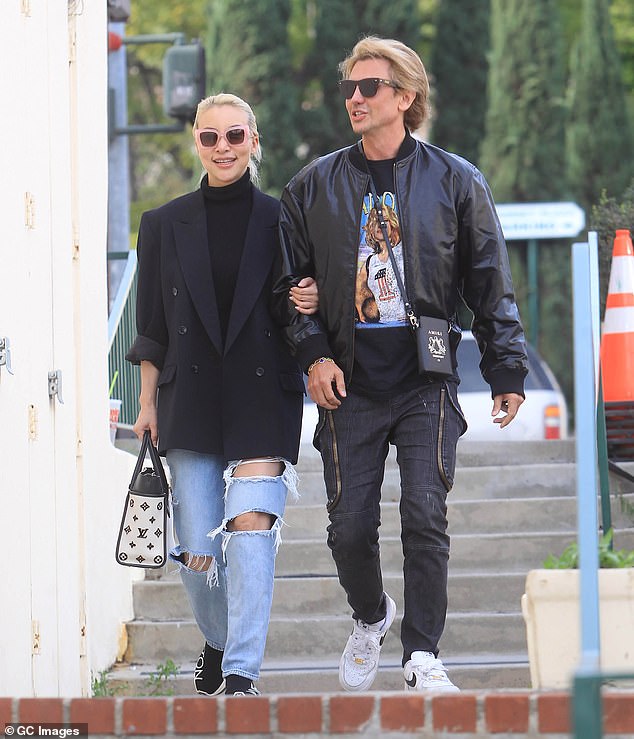 Close: Cheban wore dark clothing with a print T-shirt and slacks as he made his way around Rodeo Drive 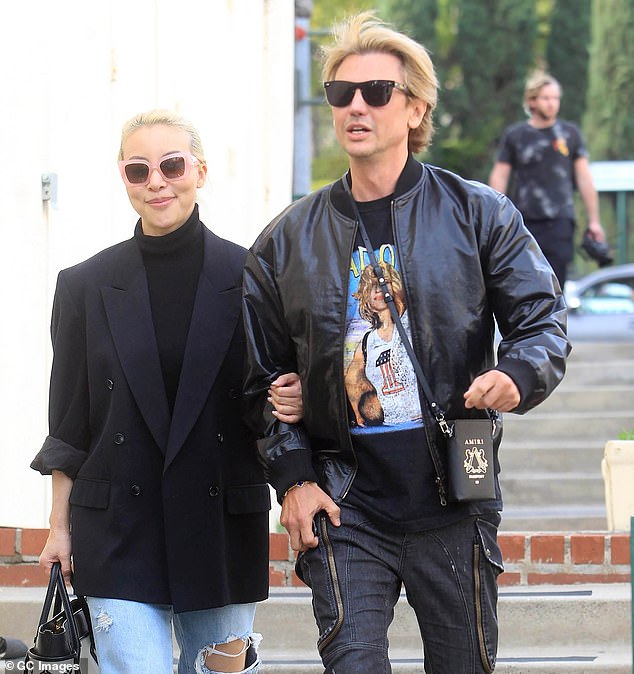 C ute duo: His female friend had light hair and wore a dark blazer over a dark top with ripped jeans and black Louis Vuitton sneakers

Cheban was walking up to the store to shop just after the incident occurred at 1:30 pm and he spoke to DailyMail.com exclusively.

Several police were already on the scene as two men were reportedly arrested.

‘It was a madhouse, there were so many police here in these huge bullet proof vests, and there were helicopters in the sky circling, it did not look like Beverly Hills, it looked like an action movie! This place has changed a lot,’ he remarked to DailyMail.com exclusively.

The attempted robbery was chaos, said a person who saw the event unravel.

According to the eyewitness who spoke to DailyMail.com exclusively, the police arrived within four minutes with four SUV police cars and apprehended two suspects outside the shop. 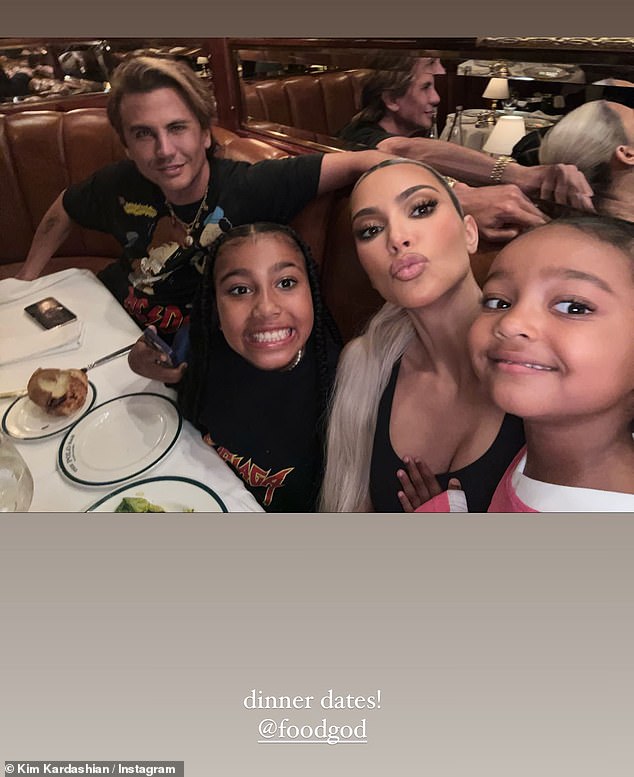 His pal: This comes after the New Jersey native was seen after dining with Kardashian and her daughter North West at The Polo Bar in New York City

According to the Los Angeles Times which talked to the police, one suspect was caught near the store, and the other was detained by private security contractors about a block away.

Because the suspects used force, they could be charged with a felony, it was added.

‘A man tried to run out of Louis Vuitton with a leather jacket, and security tried to apprehend him on the stairs, which resulted in a physical fight that made a lot of noise and scared shoppers out of the store,’ said an onlooker to DailyMail.com.

‘The suspect and the security guard were rolling down the stairs together, yelling, and fighting in front of customers it was a big scene.

‘I thought someone was hurt but no one seemed to be hurt.’

‘When police arrived I saw guns and I saw a man get tackled and handcuffed on the street. It was really scary. People are talking about Will Smith slapping Chris Rock at the Oscars. I feel bad for Chris, but this is much worse. This was intense,’ said the shopper. 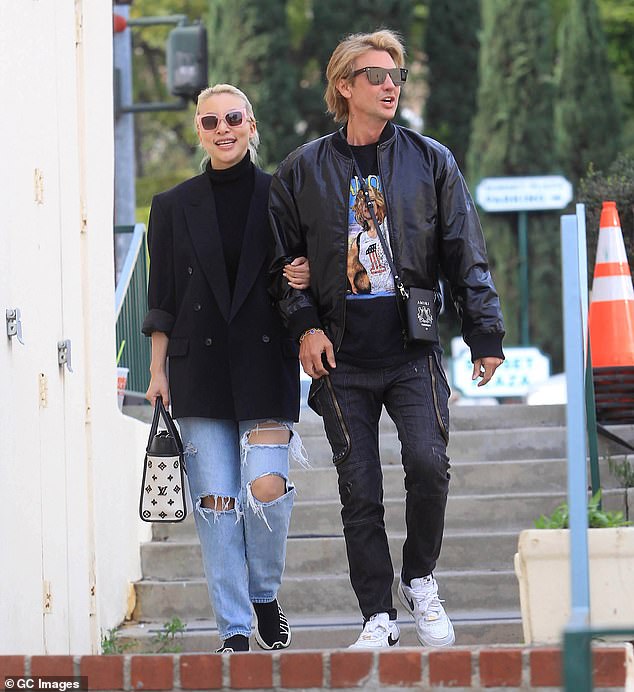 SO LV: She held a beige and black Louis Vuitton purse. They walked in step and she held onto his arms 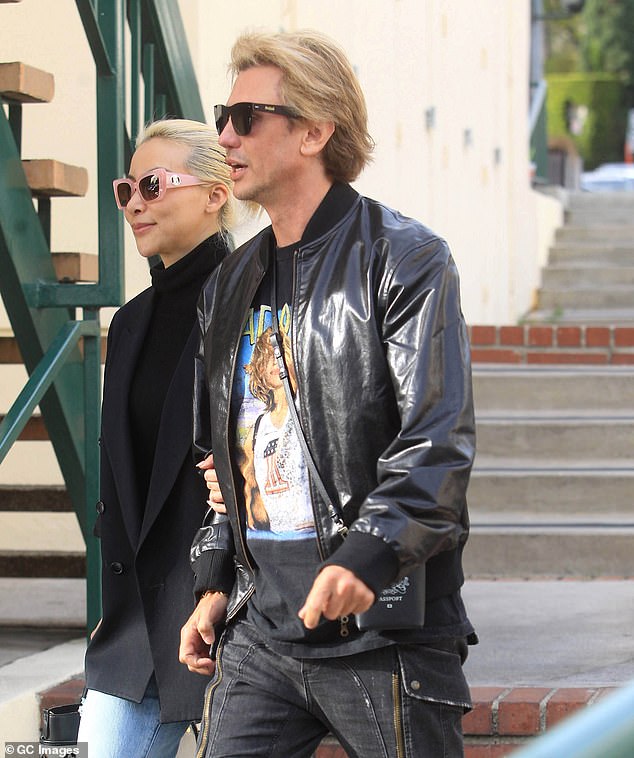 On their way to lunch: The pair seemed to be heading to a restaurant on Rodeo Drive

Ceban says he is so aware of increased crime in big cities, he leaves the bling at home.

‘I don’t wear nice watches anymore because of it. I was robbed in New Jersey and my watch was taken, so I don’t even wear anything nice when I go out anymore,’ he added.

Cheban is referring to the August 2020 robbery in New Jersey where his $250,000 watch was stolen at gunpoint when he was with his mother. A suspect Victor Rivera was arrested months later in Miami.

Beverly Hills has been hit with a string of crimes in the past year, including a robbery at Fendi and a shooting at the restaurant Il Pastaio over an expensive watch.

‘It happens to often now, people don’t even get shocked anymore,’ said an eyewitness outside Louis Vuitton to DailyMail.com.