Actor Jon Voight has made an impassioned plea for former President Donald Trump to be voted back into the White House in 2024 claiming he is the ‘only’ person who is able ‘to rebuild our soil and our land.’

Voight, 83, who has been a devoted supporter of the former president, released the poor-quality video on Sunday which appeared to have been shot on an old cellphone as he made the preacher-like speech, speaking of ‘lies’ and ‘deceit’ in the recent midterm elections.

‘My fellow Americans, we are in danger of a third world war. We as a family of one truth must hear this now. Look at this lie, this deceit that continues day after day.

‘Can you not all see this lie? We must all wake up. Wake up because if we don’t see this lie, this land will die. Die in its beauty, its freedom, its opportunity,’ the Midnight Cowboy actor began.

Actor Jon Voight has made an impassioned plea for former President Donald Trump to be voted back into the White House in 2024 claiming he is the ‘only’ person who is able ‘to rebuild our soil and our land.’

‘It’s supposed to be the land of the free but it’s far from this. It’s a dark web. A dark world, but not for long because, my friends, a change is coming and a new light will emerge. We must all see this truth and allow justice to take place now,’ he continued in the video posted to Twitter with the instruction: ‘Wake up America’.

The Academy Award winner decried the Democrats wins and went on to talk about ‘winning elections’ despite the midterms having occurred almost a week ago.

‘The only way we can win these elections is to see the lies deceit and corruption from the left, the media and the unknowns, who know who they are. Let us all come together and to vote for true justice for all,’ he went on before stating how Trump was the only one who could ‘rebuild’.

‘Let us pray that the one president who understood truths and had the best interests of the American people, the American dream, President Donald Trump will return to the presidency. He and only he can stop this swamp. Allow President Trump to rebuild our soil and our land so we can rise to our glory,’ Voigt stated. 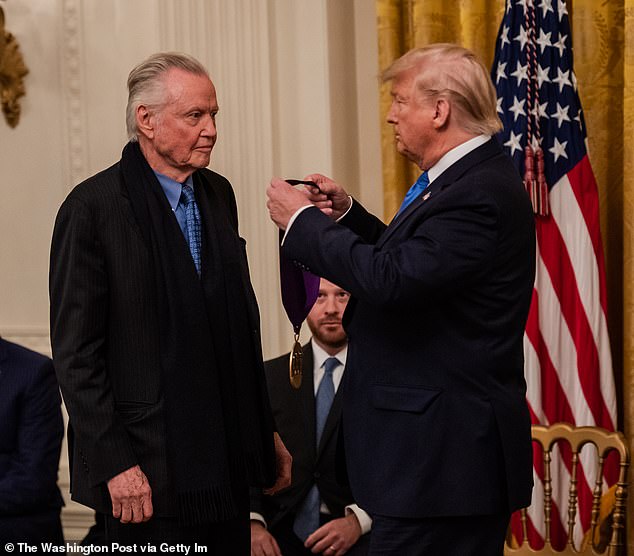 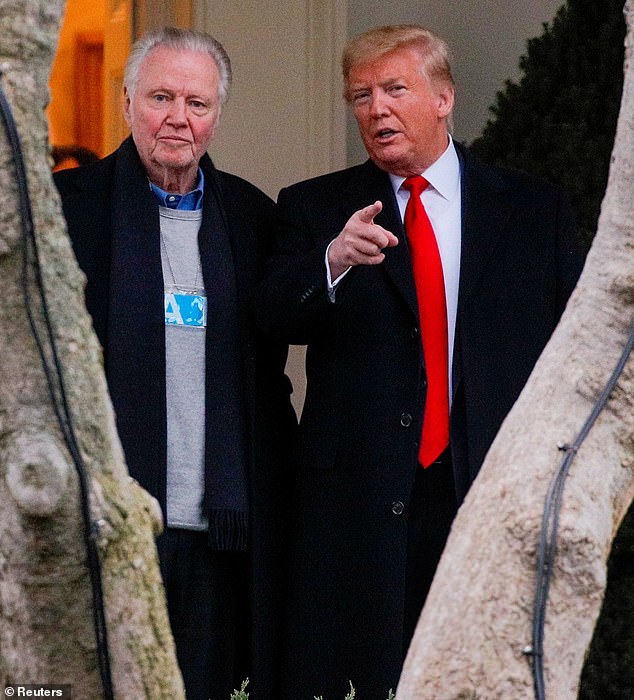 The actor has been a loyal supporter of Trump throughout his presidency. The pair are pictured in January 2020 at the White House

Trump has not officially announced he will be running for president in 2024 but he has teased an announcement for this Tuesday.

Voight is one of the most acclaimed actors of his generation. He won the Academy Award in 1978 for his Jane Fonda collaboration Coming Home, and was also nominated three other times.

Voight was first married to Lauri Peters from 1962 until the 1967 divorce, and he was subsequently married to Marcheline Bertrand from 1971 to 1980.

The actor is perhaps better known for his connection to right-wing politics in recent years. After renouncing his liberal views of the 1960s and 1970s, he has since become a vocal supporter of the Republican Party.

Voight went on to cast doubt on President Joe Biden’s victory in the 2020 election, and has been a vocal supporting of Donald Trump. 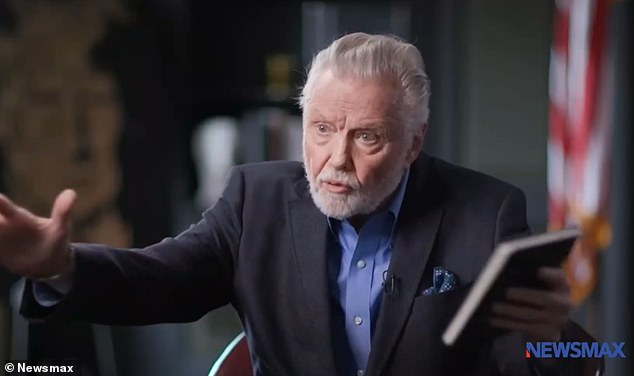 In September, Voigt appeared in segment for Newsmax where he interviewed Trump, although in the 20 minute feature it was the actor who did most of the talking.

Voight gave Trump an emotional thank you for expanding his golf courses across the country, claiming it was ‘personal’ because his father was a golfer.

‘Anyway so I’m just very grateful for your presence in so many areas,’ Voight fawned.

Trump replied, ‘Well first off all I think it’s so nice the way you expressed that.’

‘And even the slight little tears that come, you’re just a fantastic person,’ he said. 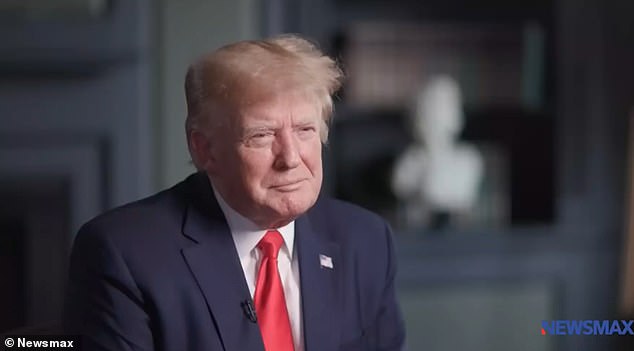 Voight’s waxing poetic prompted Trump to quip at the end of the interview, ‘I didn’t have to do too much talking’

At one point, it was Trump asking Voight the questions.

The actor predicted there would be a ‘turnaround’ in the country, prompting Trump to ask: ‘Is that a hope, your instinct? I mean, why do you believe that?

‘If some very big things don’t happen very quickly, there can’t be a turnaround,’ Trump warned.

Voight quickly agreed, adding: ‘People say to me to me all the time, will Donald Trump run? I say he certainly will run, but we can’t wait too long.’