Johnny’s victory lap! Depp joins TikTok to thank fans for their unwavering support during Amber Heard trial as his star lawyer Camille Vasquez is promoted at her law firm

Victorious Johnny Depp has joined TikTok to thank fans for their support throughout his defamation trial against Amber Heard.

The star posted a video compilation on Tuesday which showed him arriving at the courthouse to crowds of fans, as well as clips of him playing guitar on stage with his friend’s band afterwards.

He captioned the 30-second video: ‘To all of my most treasured, loyal and unwavering supporters. We’ve been everywhere together, we have seen everything together. We have walked the same road together.

‘We did the right thing together, all because you cared. And now, we will all move forward together.

‘You are, as always, my employers and once again I am whittled down to no way to say thank you, other than just by saying thank you. So, thank you. 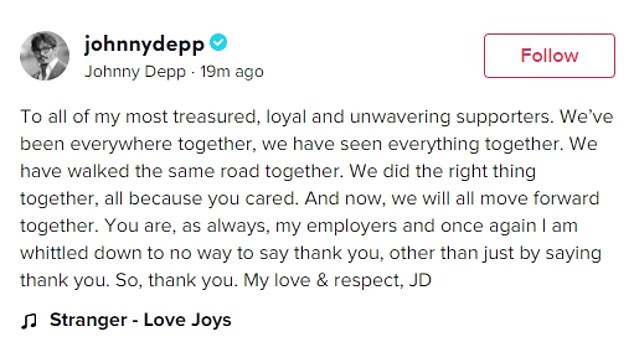 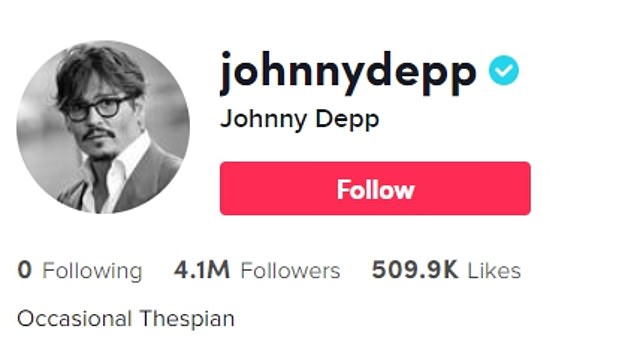 Depp now has 4.1million on TikTok after signing  up on Tuesday morning

The video was viewed 200,000 times in the first few minutes of being online.

The trial lasted several months and every minute was devoured by TikTok fans. Johnny was the undoubted favorite, dominating hashtags and trends over his ex-wife.

On Tuesday, users welcomed him to the app with open arms.

‘JOHNNY’S FIRST TIKTOK!’ one proclaimed in the comments section.

‘We always stand with you Johnny!’ said another.

Meanwhile, Depp’s star attorney Camille Vasquez has been promoted at her law firm. 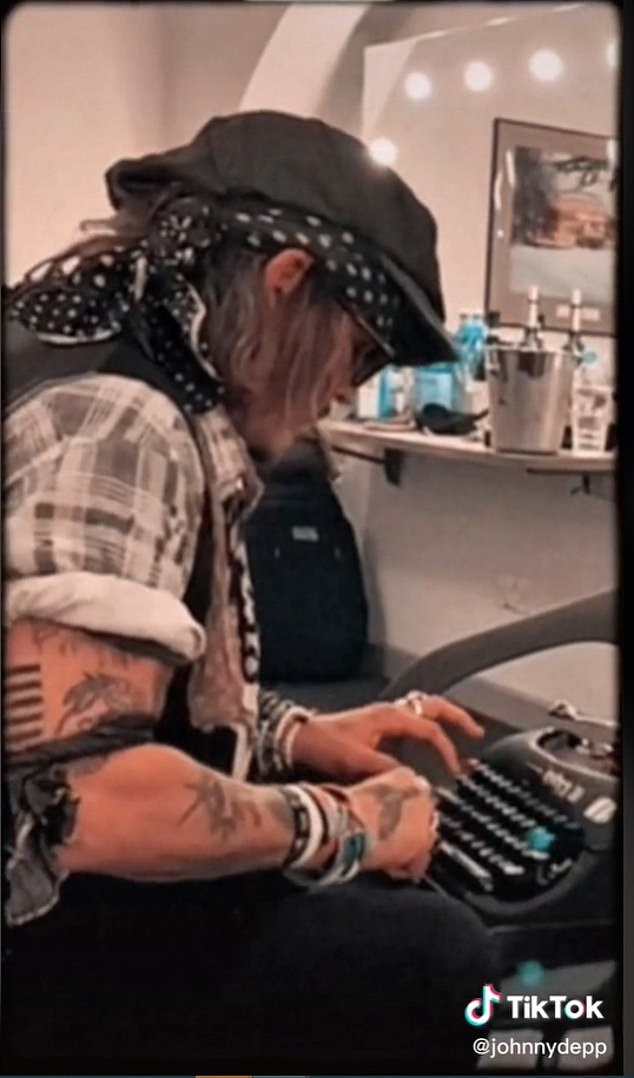 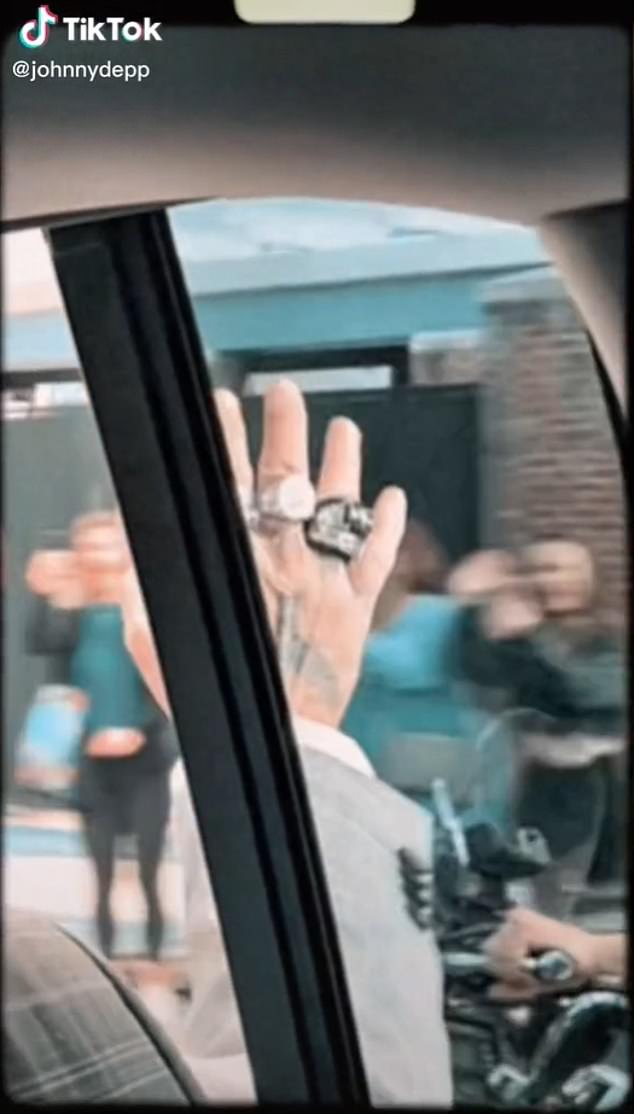 She was a breakout star of the trial and the subject of countless memes and TikTok videos.

In an announcement, the firm said: ‘Vasquez was a key member of the litigation team that won a jury verdict on June 1, 2022 for actor Johnny Depp in his defamation trial against ex-wife Amber Heard.’

The firm’s CEO said: ‘Historically, we have reserved this announcement for the end of our fiscal year.

‘But Camille’s performance during the Johnny Depp trial proved to the world that she was ready to take this next step now. 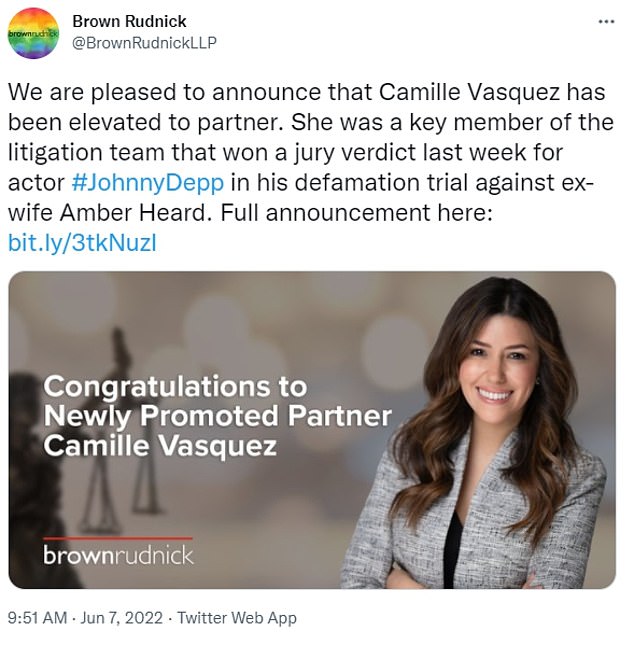 ‘We are incredibly proud of her and look forward to what she will accomplish as our newest partner.’

Depp sued Heard for defamation over an op-ed she wrote in which she described surviving domestic abuse.

The jury ruled that she defamed him by suggesting incorrectly that he had abused her.

Heard was ordered to pay Depp $8million after deductions. She has now said she cannot afford to.