I think I’ve developed attention deficit disorder covering the Trump presidency. So much happens so quickly. You sit down with pen poised, ready to deliver portentous analysis on why this is the most important thing to have happened since the Founding Fathers wrote the US constitution, only to forget what it was you’re writing.

Wasn’t there a report on Donald Trump’s links to Russia? Didn’t the President get impeached? It’s only two weeks since the noted Supreme Court justice, Ruth Bader Ginsburg, passed away. It feels like months.

But this really is momentous. The most serious health episode to befall a serving President in decades would be consequential in itself, but just one month out from polling day? 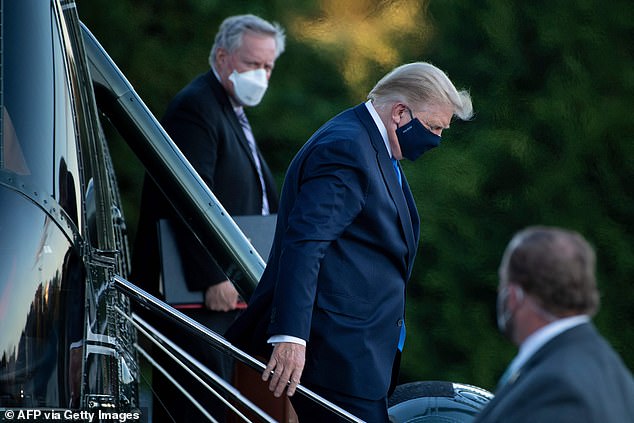 An election campaign that was already careering out of control has been thoroughly upended. A country that needed no further agitation has been given a powerful jolt. There are many questions begged and few certainties at this early stage, as Trump undergoes tests at the Walter Reed National Military Medical Center.

Will there be any more presidential debates? (It would be a merciful relief if there weren’t.) Does the President hold any more rallies? Does he persuade his supporters that this is serious, after all?

When I heard the news in the small hours of Friday, I was gob-smacked, astonished and bewildered all at once – yet completely unsurprised.

The amazement is because Donald Trump is the most protected man in the world. If I’m one of the limited number of ‘pool reporters’ to accompany the President for the day, my first port of call is to the White House Medical Unit to have a quick coronavirus test. It’s not for my benefit.

Yet there is a grim inevitability to all this. The President has been behaving as though the crisis was already in the rear-view mirror. Rallies? Let’s get back on the road. If thousands want to attend without social distancing? Fine. If they don’t want to wear a mask? Up to them.

It was only last weekend that Trump’s choice to replace Bader Ginsburg on the Supreme Court was introduced to the American people in a Rose Garden ceremony and the invited guests were allowed to mill around, few wearing masks. At least two of the Republican senators there have gone down with Covid-19 and so, too, has the head of the Republican Party, Ronna McDaniel.

The enormity of Trump’s diagnosis is hard to overstate.

Last Sunday and Monday the American media was hyperventilating about his tax affairs, exposed in the New York Times. Commentators took a deep breath, puffed out their chests and pronounced that this would change the election.

I still marvel that he could write off $70,000 against tax for ‘hairdressing for television appearances’. That’s quite a haircut. 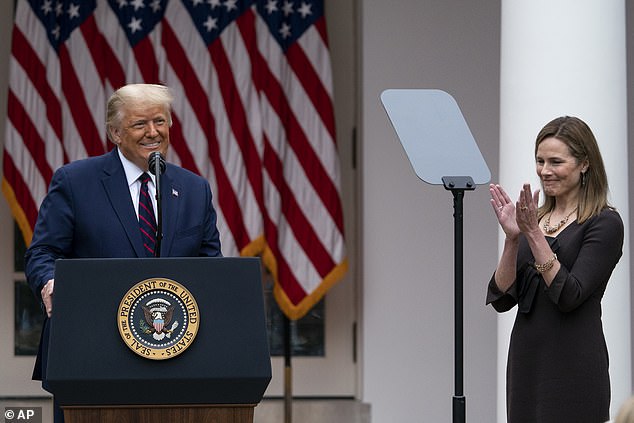 It was only last weekend that Trump’s choice to replace Bader Ginsburg on the Supreme Court was introduced to the American people in a Rose Garden ceremony and the invited guests were allowed to mill around, few wearing masks. Several of those present – including the president, have been diagnosed with Covid-19

Yet it was pretty much forgotten by the close of Tuesday’s televised debate, described in the American media as a ‘dumpster fire’ of a confrontation. Trump and Joe Biden made a St Trinian’s food-fight look genteel. Quite the most unedifying thing.

But even that has now been swept away.

It was 1.45am when I was woken by the news. Before bed, I’d been filing a report on the close presidential aide and confidante, Hope Hicks. She is like a daughter to Trump. Beautiful and poised, she has been a key figure since the 2016 campaign. And last week she had been at the President’s side including when, on Wednesday night, she flew with the inner circle from Washington to Duluth, Minnesota, where Trump was holding a rally.

It was like a scene from a TV mini-series as the entourage walked out of the West Wing and along the South Lawn to the waiting helicopter. Hicks wore a long camel hair coat, collar turned up, and picked her way gingerly across the lush grass, careful in case her stiletto heels became embedded in the turf.

They all looked far too glossy for bad things to happen to them. None wore masks as they clambered into the confined space of the Sikorsky Nighthawk. Except by the time they arrived in Duluth, Minnesota, Hope Hicks was symptomatic, and on the flight back to Washington, she was quarantined aboard Air Force One.

By Thursday morning it was confirmed that she’d contracted the virus. And the rest, as they say, is history.

On Friday, I spent much of the day at the White House. The atmosphere had completely changed. For once, fear really did stalk the maze of passageways where people work in overcrowded conditions in the West Wing.

In the part of the press office where the young interns work, masks were very much in evidence. As he walked out towards Marine One, an infectious President was wearing one too. The impossible had happened. 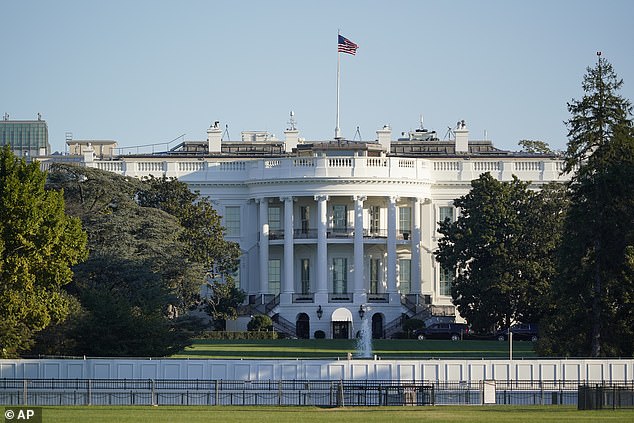 On Friday, I spent much of the day at the White House. The atmosphere had completely changed. For once, fear really did stalk the maze of passageways where people work in overcrowded conditions in the West Wing

For his detractors, this is a moment to say ‘I told you so’, with the President paying a heavy price for his erratic handling of the virus. But on Fox & Friends, Trump’s favourite breakfast show, I heard one of the TV anchors speculating that this could play in his favour. If this is a really minor case and the President bounces back quickly, well then he can use that to reinforce his argument that people have nothing to fear from the virus.

Uber-haters are even questioning whether Trump really has coronavirus at all. Isn’t this some elaborate ploy to steal the election by garnering sympathy? I can’t quite follow the detail.

Ultra Trumpers, meanwhile, insist that the virus is still broadly a hoax.

My producer sends me a text from her aunt, who writes: ‘Funny thing about science – even if you don’t believe in it, it still exists.’ As the White House is now painfully aware.