John Lennon’s Palm Beach home which he bought shortly before his death in 1980 but never visited  has been sold for $36 million, $11 million less than the asking price.

The luxury 14,145-square-foot home, located on on the street known as ‘Billionaire’s Row’, originally hit the market for a whopping $47.5 million in May.

Strangely, Lennon and Yoko Ono bought the beachfront mansion without ever having seen it in person, according to reports, and had planned to carry out extensive renovation work.

The property is located down the road from President Trump’s Mar-a-Lago resort and boasts seven bedrooms, nine bathrooms and its own beachfront cabana.

The Palm Beach mansion bought by John Lennon shortly before his  death has been sold for $36 million, $11 million less than the asking price 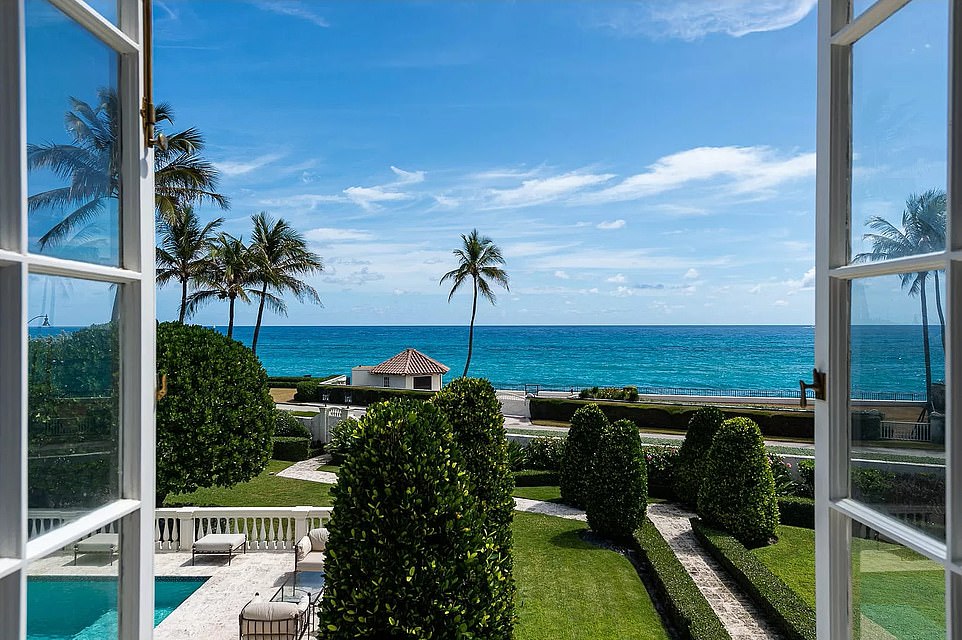 An open window lets in an ocean breeze. The view looks over the manicured gardens down towards a private beach cabana 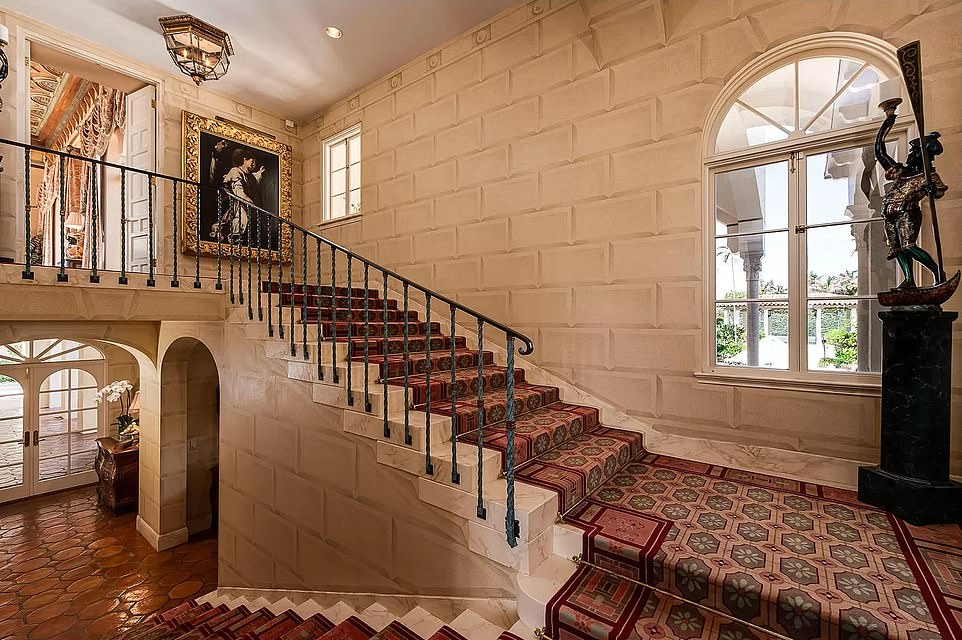 The light and airy Spanish style home was designed by famed architect Addison Mizner. Original features of the home, including its stone flooring, have been kept in place 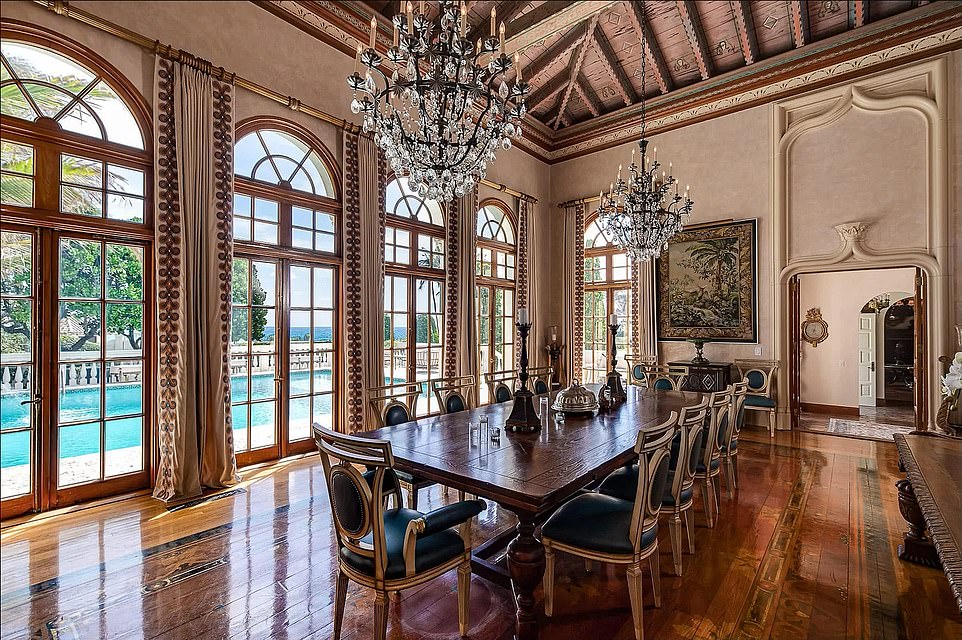 A large dining room looks out over one of the propety’s pools towards the Atlantic Ocean. Stunning chandeliers, that have been a part of the property since it was built nearly a century ago, drop from the ceiling 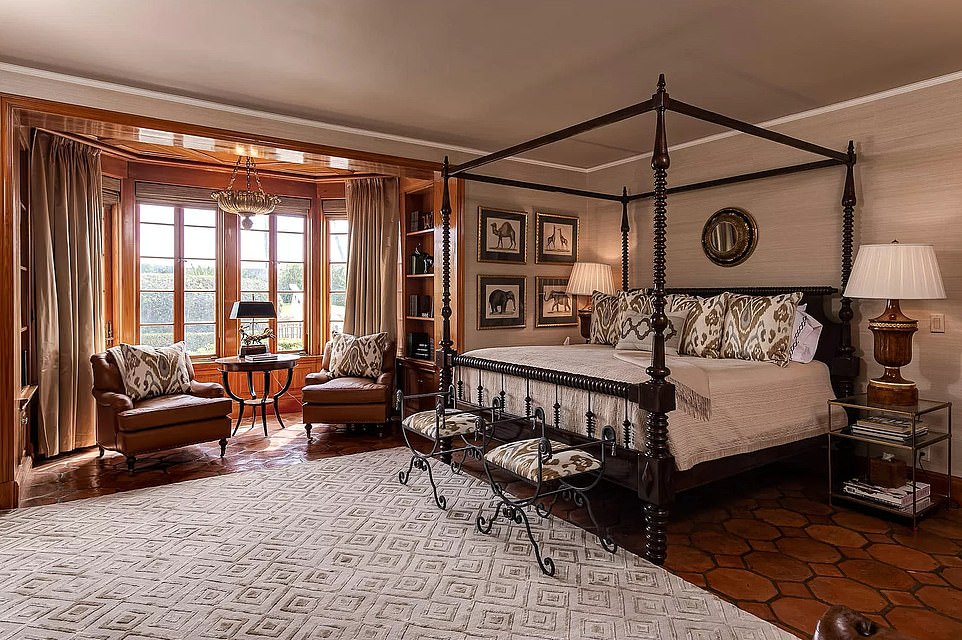 Another large bedroom is pictured. The large home is perfect for visitors, with an array of space for guests to stay. In addition to the seven separate bedrooms, there are nine bathrooms and three powder rooms 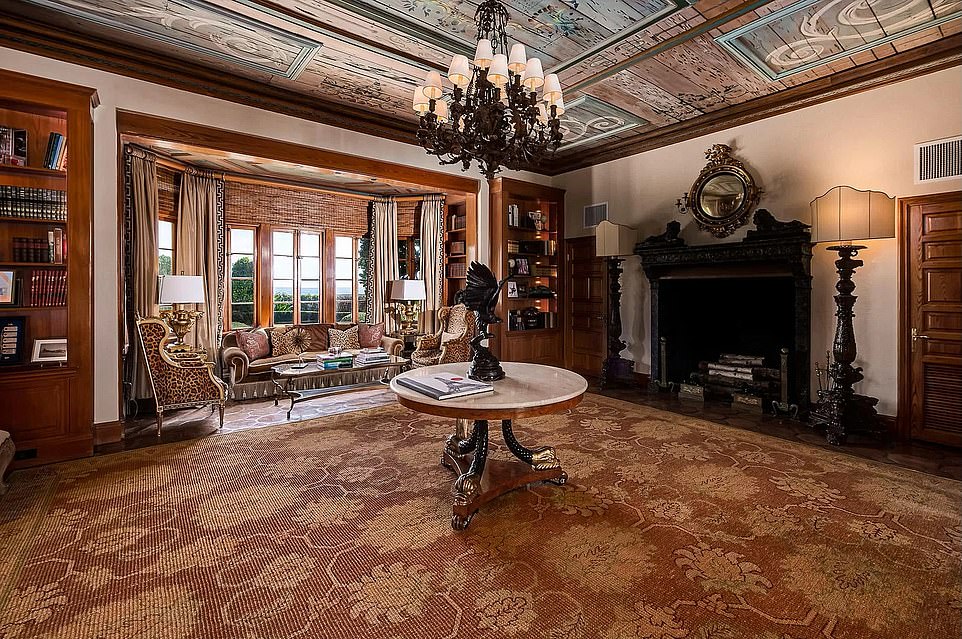 One of the home’s large sitting rooms is pictured. The room has many of the homes original features, including built in book shelves, solid wood carved ceilings and an oversized fireplace

In total, the house has 14,145 square feet of living space and features two separate ‘sunrise’ and ‘sunset’ swimming pools.

Lennon and wife Yoko Ono purchased the home for $725,000 in January 1980 – 11 months before he was shot dead outside his Manhattan apartment building.

Ono held on to the Palm Beach estate until 1986, when she offloaded it for $3.2 million.

According to real estate records, the mansion last changed hands in 2016, when it sold for $23 million. The home has more than doubled in price in the past four years. 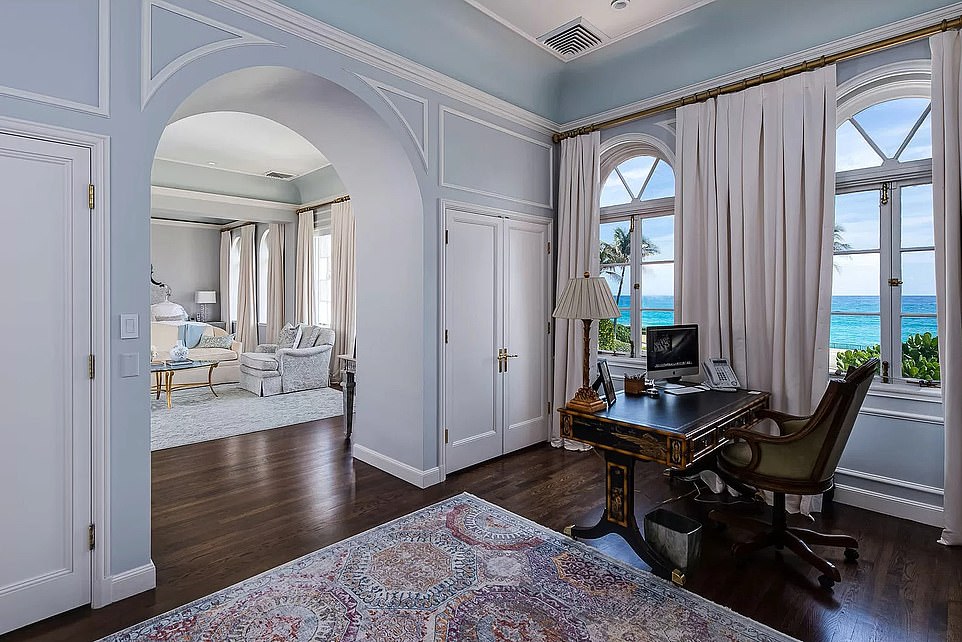 The home’s ‘master wing’ is pictured. The wing boasts its own study (seen above), as well as a separate sitting room and two full bathrooms 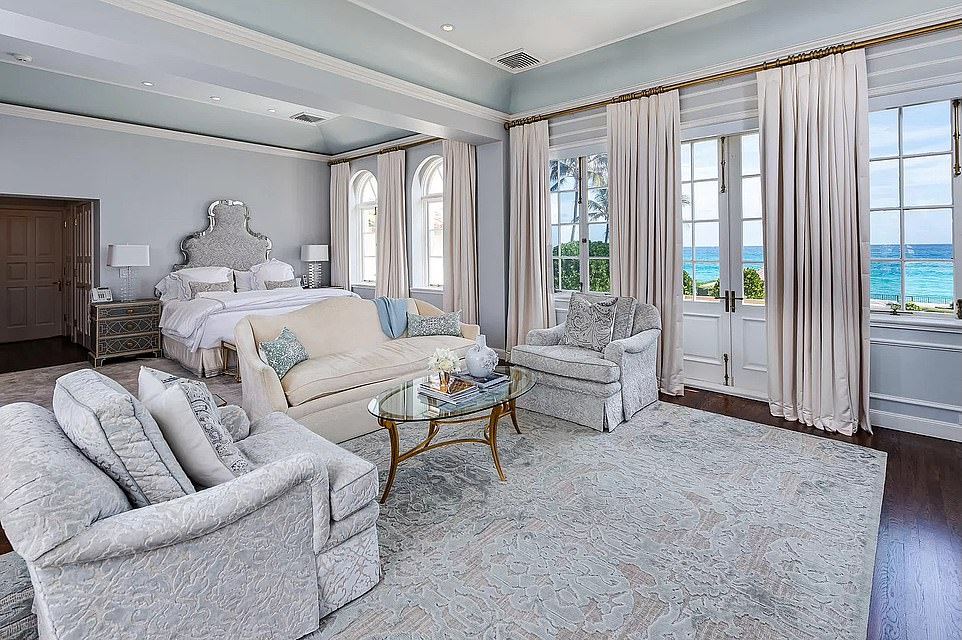 The master bedroom is pictured. The room has doors which open out onto a private terrace overlooking the Atlantic Ocean 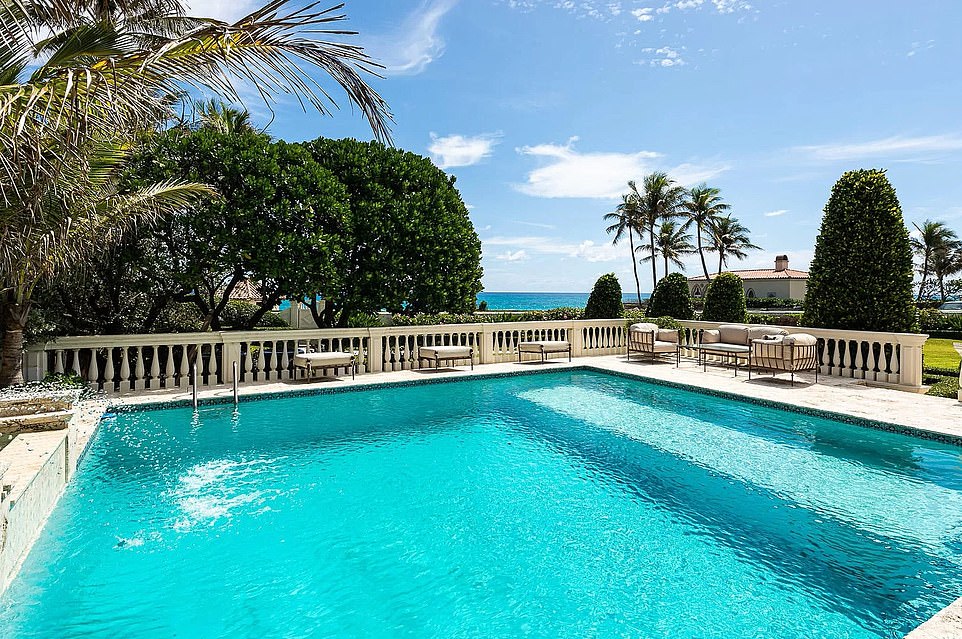 The second pool at the property is pictured above. The swimming area is surrounded by manicured gardens 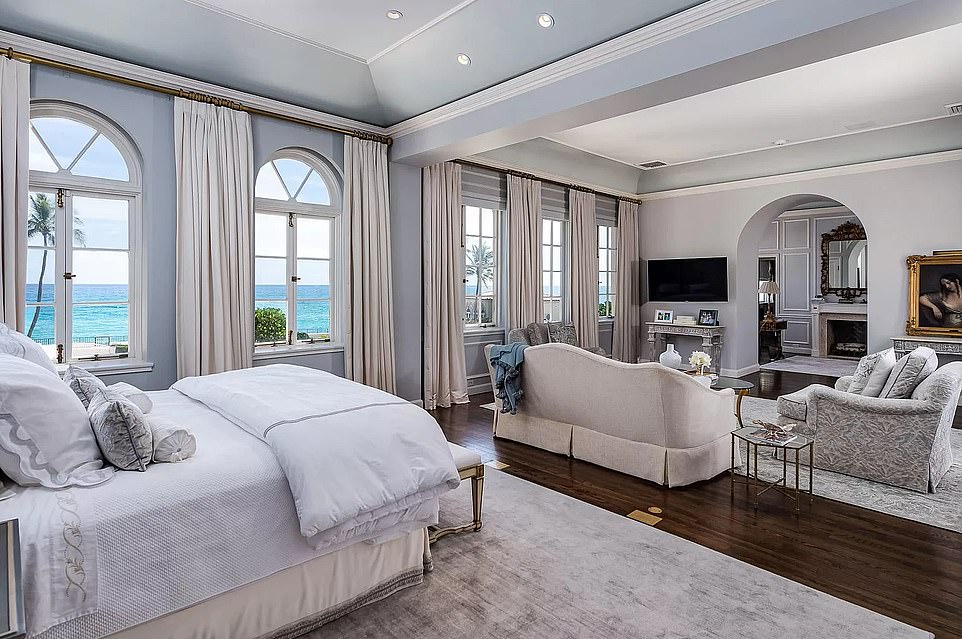 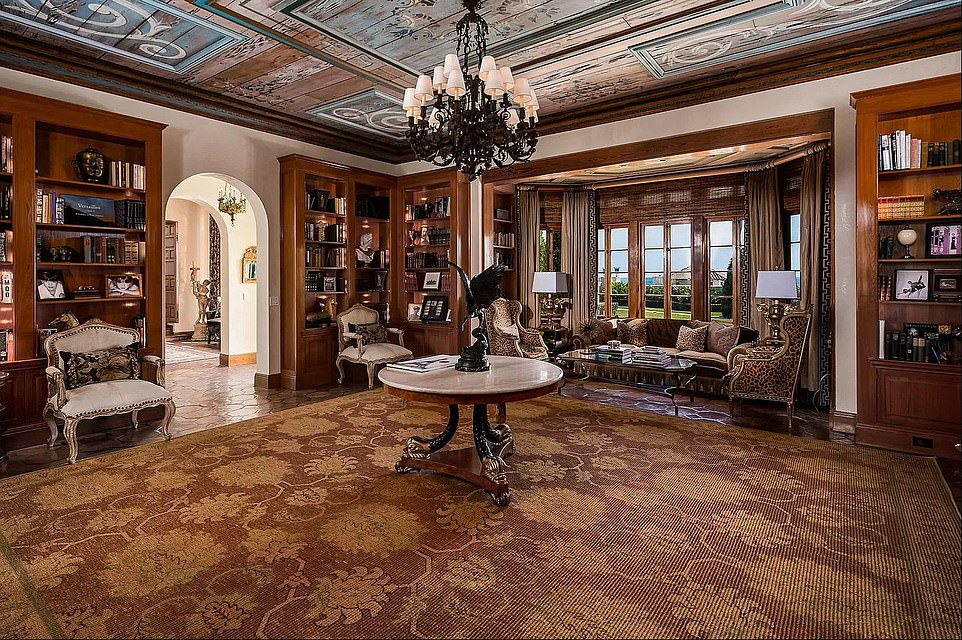 The home was owned by John and Cindy Sites. John Cites is a former executive at Bear Sterns. The home has several studies and parlors perfect for the banker to do his work in 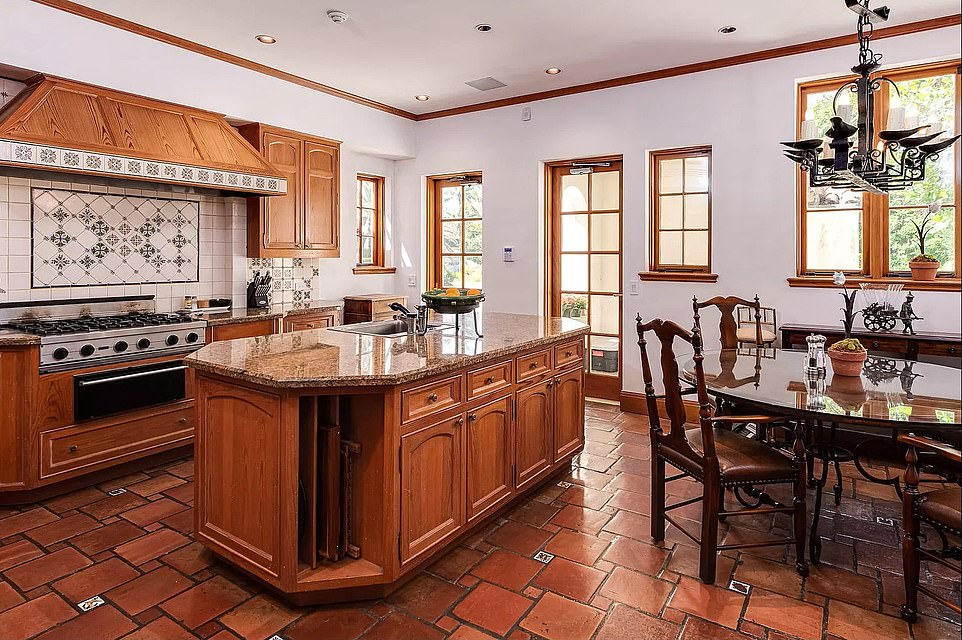 The home was first built back in 1925, but has been renovated numerous times. The kitchen (pictured) now boasts sleek appliances including a large stainless steel gas oven

According to The Wall Street Journal, Lennon and Ono bought the home sight-unseen. He was pursued by screaming fans as he drove around the ritzy streets of Palm Beach in his red Cadillac.

Lennon and Ono planned on renovating the property before his assassination.

In the four decades since, the home has been made over multiple times. It now features modern finishings, including sleek kitchen appliances. 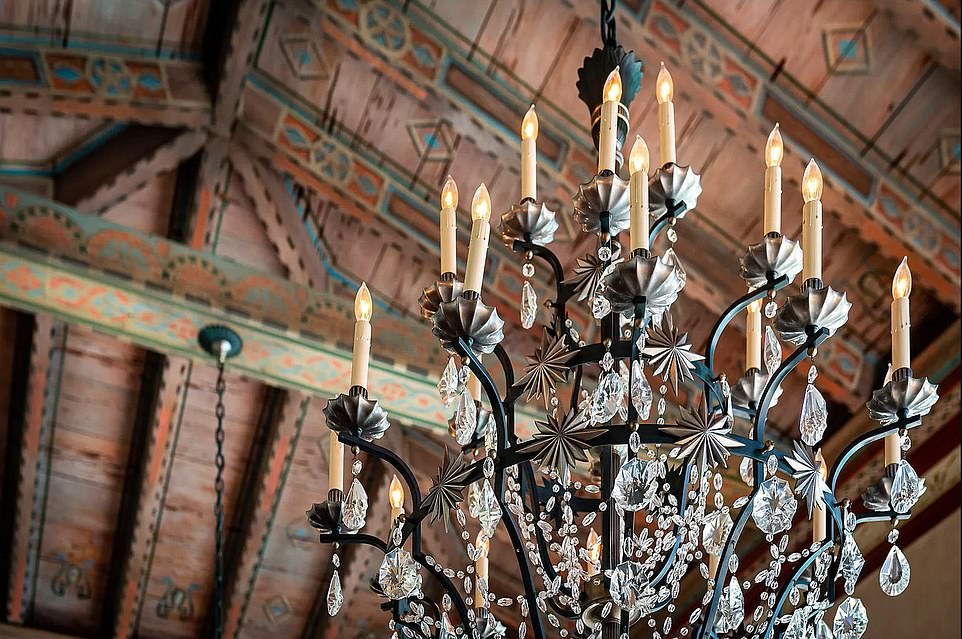 The home still boasts many of its original features, including ornate chandeliers, solid wood carved ceilings 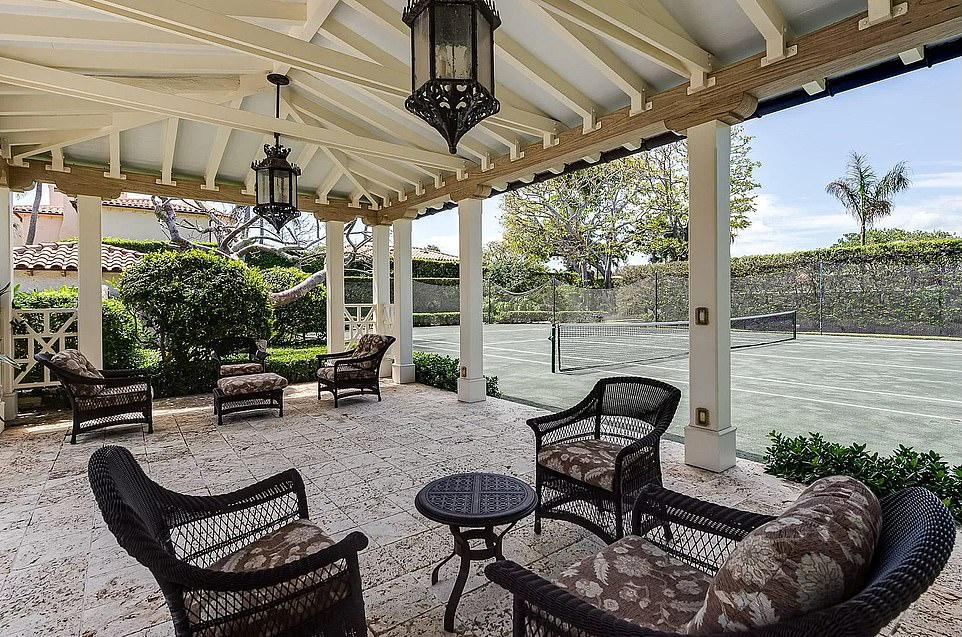 A patio by the tennis court is seen above. The home sits on nearly two acres of land right by the waterfront 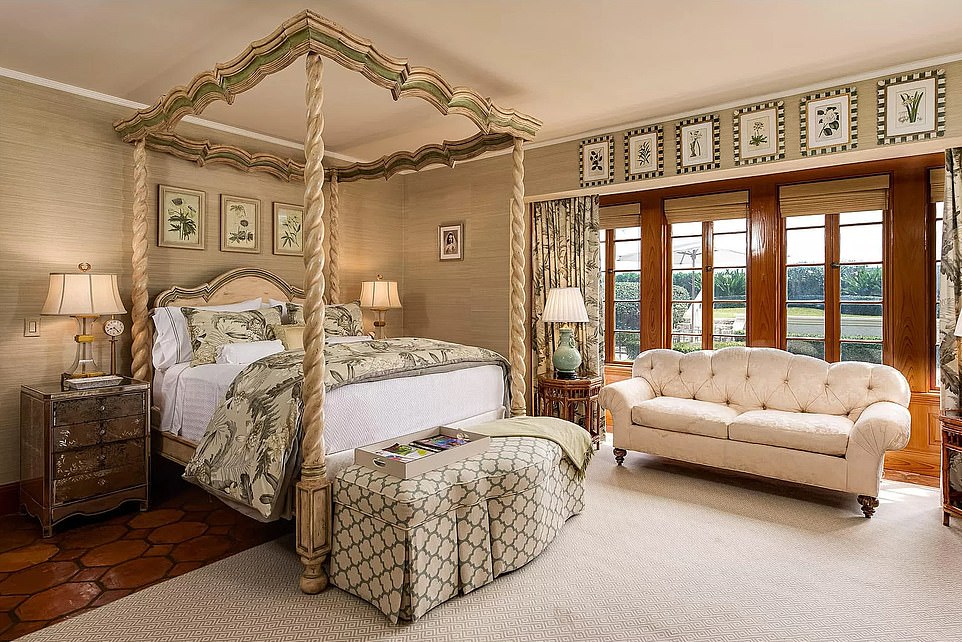 Another of the home’s seven bedrooms is pictured. Wood paneled windows and olive wall paper lend the room a country feel 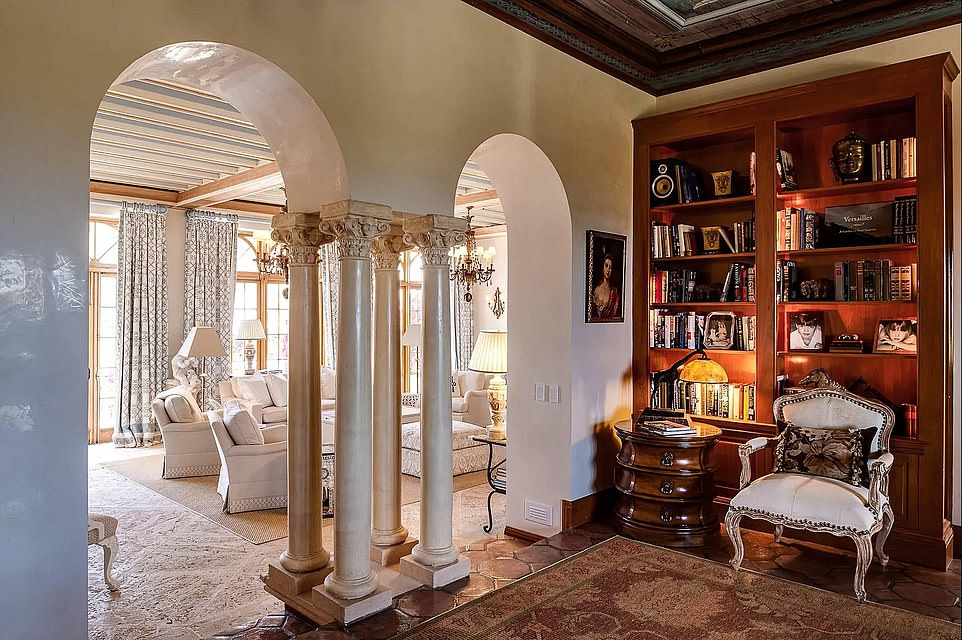 Another of the home’s sitting areas is pictured. The home has been tastefully decorated by current owners The house is currently owned by John and Cindy Sites. Cindy Sites is the founder of the barre fitness studio chain Go Figure 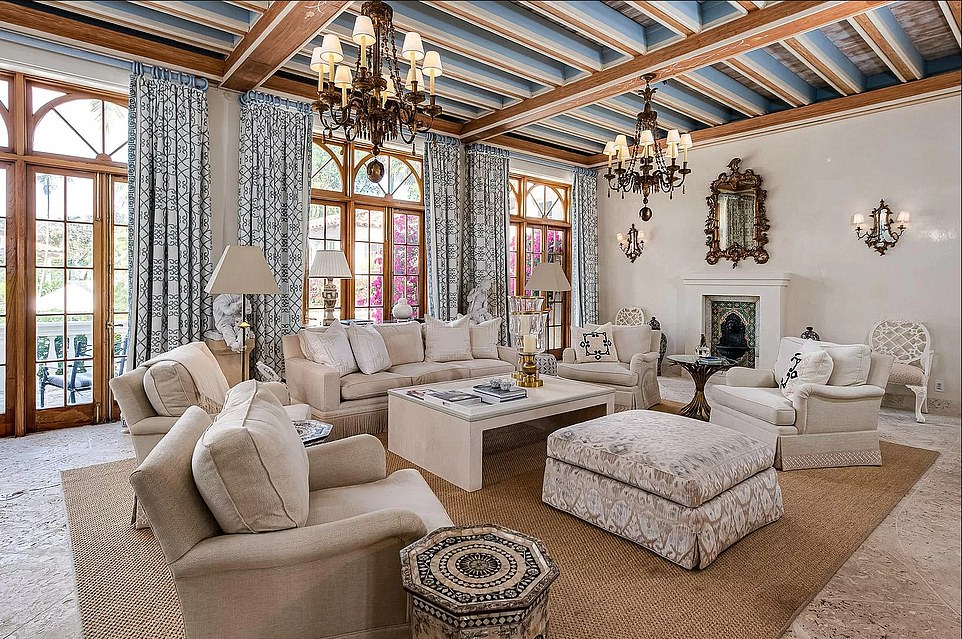 One living area has been finished off in shades of white, cream and powder blue to lend a coast feel to the home. Real estate listings describe the property as ‘resort like’

However the home still boasts many of its original features, including ornate chandeliers, solid wood carved ceilings and oversized fireplaces.

Other jaw-dropping features include a grand salon with a wet bar, a library and a large oceanfront dining room.

The ‘master wing’ of the home has its own sitting room, study and terrace. The future owners won’t need to fight over the shower in the morning, given the wing also has separate ‘his and her’ bathrooms.

The property was originally built by architect Addison Mizner in 1919 in a Spanish-inspired design, with a stucco exterior and terra-cotta roof tiles.