EXPRESS INFORMER > News & Politics > JOHN HUMPHRYS: How I went from saint to sinner at the BBC

The timing could not have been worse. At roughly nine o’clock on the evening of September 20, the director-general of the BBC Tony Hall stepped down from the podium in the great Council Chamber, having hosed me down with praise for my half century of service to the corporation.

The audience — including most of the top BBC bosses — joined in the applause.

They were still slapping me on the back as the first editions of this newspaper started to come off the presses with the headline: ‘BBC Icon Savages Bias … at the Beeb.’ Versions began appearing on websites.

You could feel the temperature drop in the overcrowded chamber. I went from saint to sinner in the flash of a smartphone screen.

On the evening of September 20, the director-general of the BBC Tony Hall stepped down from the podium in the great Council Chamber, having hosed me down with praise for my half century of service to the corporation

The headline was based on extracts from my memoir A Day Like Today, which the Mail was about to publish. It chose to highlight my criticisms of the BBC rather than my more loyal sentiments. That’s its job.

The corporation’s response was unspoken, but instant. I had become effectively a non‑person. Most emails went unanswered and former bosses who had forecast endless demands for my services in my post-Today career went silent.

But I make no complaint. Quite the opposite. I’m as busy as I’ve ever been and enjoying it hugely. Presenting programmes for Classic FM has a special appeal after a lifetime of political broadcasting. I’ll take Beethoven over Brexit any time.

And now the BBC is facing another departure — rather more noteworthy than my own. Tony Hall has stunned the corporation by announcing that he’s taking early retirement. 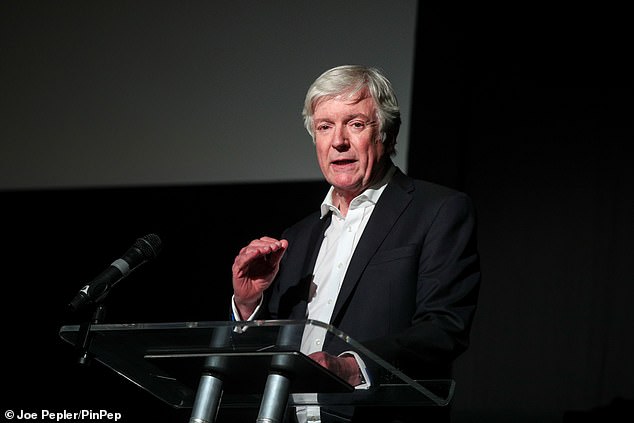 Now the BBC is facing another departure — rather more noteworthy than my own. Tony Hall (pictured) has stunned the corporation by announcing that he’s taking early retirement

There will be a new director-general and, in many ways, a new BBC. There has to be. I just hope that its response is not to retreat into its bunker mentality. It faces big battles, but it must choose those battles carefully.

It should not try to fight Netflix. It cannot plough vast sums into headline-grabbing blockbusters and nor should it try.

It should not fight desperately for younger listeners. There seems to be a blind faith that if its presenters become frenetic and demotic enough and sometimes even childish, younger listeners and viewers might abandon their phones and embrace them. They might not.

When the editor of the Today programme offered me a job back in 1987, I asked her why and she said: ‘You’re young and we need to appeal to a wider age group.’

The flaw in that logic is that young people tend to grow older and their tastes change.

BBC bosses have been taken aback to find that a very popular podcast among the young is Melvyn Bragg’s In Our Time, a relentlessly serious programme featuring mostly ageing academics. It’s a mistake to patronise the young.

The obituaries of my old colleague Peter Hobday this week reminded me of the listeners’ revolt when he was despatched. We enjoy growing old together, presenters and listeners. 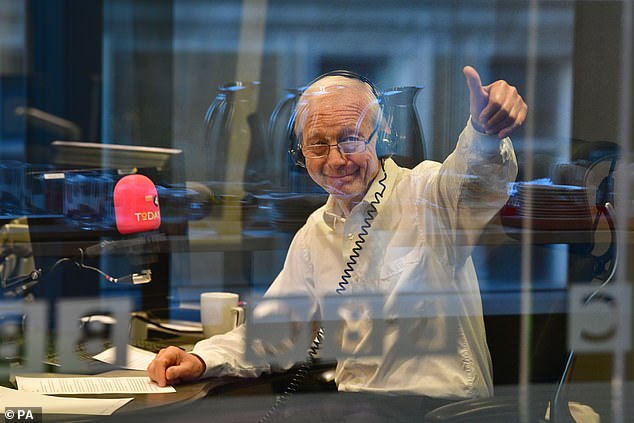 When the editor of the Today programme offered me a job back in 1987, I asked her why and she said: ‘You’re young and we need to appeal to a wider age group’

The fact is that for all the dazzle of Netflix and the flight of news to Facebook, the BBC is still used by more than 90 per cent of the population. It is part of our lives.

So where should it plant its flag in this decisive battle? It might start by listening to one of the most thoughtful of its presenters who became a big BBC boss: Sir John Tusa.

He challenges the oft-quoted slogan that the BBC is the voice of the nation. He’s right to do so. For a start, it’s supremely arrogant. But even if it’s true we’d have to ask: ‘Which nation?’

The ‘nation’ that believes too much immigration challenges our way of life, or the nation that says that’s a racist attitude?

The ‘nation’ that voted for Brexit, or the nation that voted to remain?

The ‘nation’ that thinks we are born men or women, or the nation that says everyone can and should choose their gender?

What Tusa says is that the BBC is not the voice of the nation but a voice for the nation. That means everyone. 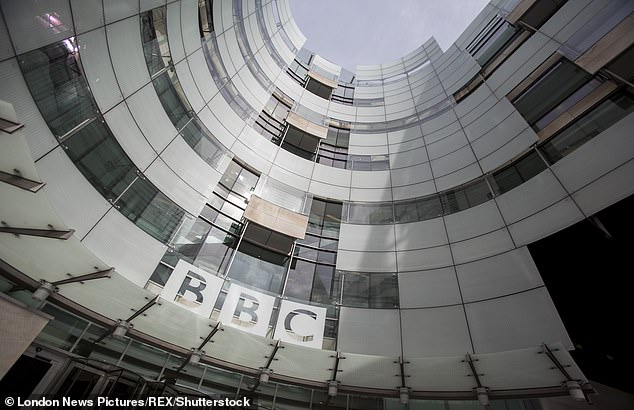 The decisive battle centres on ‘resources’ — or what we used to call money.

The last two licence fee settlements have been disastrous and, more recently, it was extraordinarily careless of the BBC to make itself an enemy of the over-75s by planning to take away most free TV licences.

The BBC cannot be for the elderly and vulnerable at the same time as penalising them.

It says it must make brutal cuts just to survive and has already given Victoria Derbyshire the chop. It plans to centralise its news operation. That’s the worst kind of bureaucratic impulse. Radio 4 listeners like programmes, not ‘content’.

A group of managers fighting for territory are not going to produce the same quality of journalism as a brigade of producers defending the personality of their programmes. And will it even save money? Bureaucracy rarely does. It just kills the fighting spirit.

Why not take its chances by cutting back on some other channels whose audiences are already well served by commercial stations?

One advantage of leaving the BBC is seeing it as others see it: when you’re inside, you can be seized by your own sense of righteousness and entitlement; from outside, it looks like complacency and imagined grievance.

By the time all the pay complaints have been dealt with, there will be even less money left for programmes.

Of course, Jane Garvey and her fellow campaigners will say I have no right to talk about money. I was a typical overpaid, privileged man.

I agree I was paid too much relative to many others. That’s why I gave back half of it.

But it still grates to hear presenters such as Garvey behave as though they are making a heroic sacrifice for humanity rather than enjoying a privileged job most people would sell their souls for.

It’s almost as annoying as hearing her on Woman’s Hour this week stating as indisputable fact that men do not experience the joy of newborn babies as women do. How does she know?

The risk is that we forget why the BBC came into existence and what it is for.

It is not primarily a pay tribunal or a pillar of diversity targets or a hub of management theories. It is founded on the principle of public service journalism, to inform, to educate and to entertain. The audience knows that — even if some BBC bureaucrats forget. And the corporation is in for rough times.

One very senior boss told me this week the BBC is in ‘big trouble’. That’s true, but it isn’t the first time and it certainly won’t be the last.

And it has a massive weapon at its disposal: the astonishing loyalty out there in the real world. The decent, caring people who see the BBC as a civilising force in our often divided nation.

The new BBC director-general should read G. K. Chesterton’s great poem The Secret People. He wrote it more than a century ago and it is a mighty warning to those in power. It ends: ‘We are the people of England; and we have not spoken yet.’

And there’s someone else who should read Chesterton: Boris Johnson. If the threatening noises coming out of Number Ten this week really do mean he wants to tell the BBC what to do, he will be picking a fight he can’t win. His enemy will be not just the BBC. It will be the people.

My wee bit of advice for Justin Webb

Today listeners will have heard my old friend and former colleague Justin Webb doing his pathetic best to embarrass me on Thursday’s programme.

He was conducting a debate about the use of peat with that great gardening expert Bunny Guinness, and he disclosed one of my gardening practices which he hoped would expose me to national ridicule. It backfired badly.

Bunny leaped to my defence. She called me a wonderful gardener and complimented me on my amazing compost. And the secret of my success? Urine. My own.

I pee on my compost and, in the grass-growing season, into a watering can. Then I dilute it with water and spread it on my lawn.

I can see some of you, dear readers, recoiling at the thought. Others will just say it’s pretty weird.

But isn’t it rather more weird to pee into the toilet (I concede that this applies mostly to men) and then use as much as 12 litres of the purest drinking water in the world to flush it away to overstretched sewage plants?

It’s not as though it’s harmful. Exactly the opposite.

But I’ll let my green lawn and lovely compost speak for themselves. Eat your heart out, Justin — and buy a watering can!