John Howard has reminded party faithful to treat every seat as if it is at risk and attacked ‘anti-Liberal’ independents as he launched the Liberal candidate for his old seat of Bennelong.

The former prime minister famously lost his seat to Labor’s Maxine McKew in the wipeout election of 2007 as the Liberals asked voters for a fifth term of government.

Tennis great John Alexander won it back in 2010 but the Liberal MP is retiring, with party newcomer Simon Kennedy to run for the spot.

‘You treat every seat as at risk: common sense proposition. But I think he’ll win.’

It comes as the Liberals face high-profile independent challengers in blue-ribbon seats where they are campaigning on issues like climate change and a federal corruption watchdog. 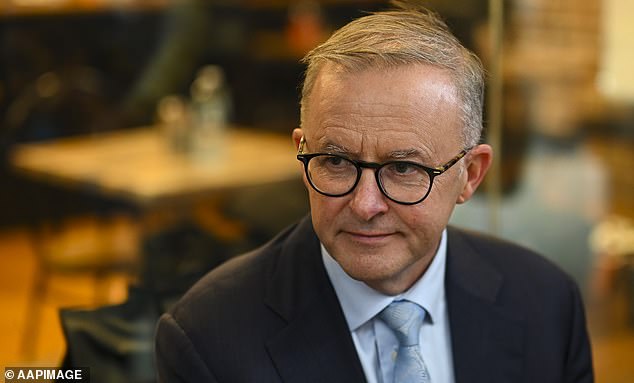 Mr Howards then stated while he wasn’t keen to ‘make any personal attacks’, he felt Labor leader Anthony Albanese (pictured) wasn’t up to being the next Prime Minister of Australia

‘Their aim is to hurt the Liberal Party, not to represent the middle ground of the electorate,’ he said.

Mr Howard, who left the top job 15 years ago after losing to Kevin Rudd, said while he wasn’t keen to ‘make any personal attacks’, he felt Labor leader Anthony Albanese wasn’t up to being PM.

‘Being in charge of a government is not easy. You can’t make it up on the spot. You’ve got to understand what’s involved, you’ve got to know at least roughly what the unemployment rate is,’ he said, referring to Albanese forgetting the rate.

Mr Howard said the slip up reinforced a perception that the Labor leader was weak on the economy and the public ‘saw those mistakes as symbolising an inadequacy for the job’.

Ms Steggall’s Liberal party challenger Katherine Deves also remains under fire as her selection as candidate has raised concerns within the coalition and in the broader community on Sydney’s northern beaches.

Ms Deves has been a vocal campaigner to ban transgender women from playing in women’s leagues, likening her protests to trying to stop the Holocaust.

But Mr Kennedy says Liberal party infighting and the controversial candidate had not cut through to the public, who remain concerned about housing affordability and overdevelopment in his electorate.

Federal Treasurer Josh Frydenberg was campaigning on the government’s economic record as the Coalition and Labor battle it out over fiscal responsibility and the cost of living. 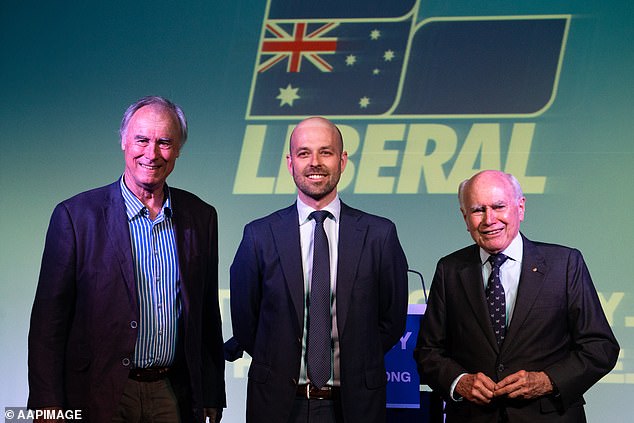 Both parties have offered more cash splashes to woo voters, with the coalition pledging $20 million for more camping and fishing facilities while Labor wants to put $15 million into opening more language courses at weekend schools.

Labor continued its attack against the prime minister’s handling of a Chinese security pact in the Solomon Islands.

‘It definitely raises the increased prospect of Chinese military presence in the Pacific and that makes Australia less safe and that is because Scott Morrison wasn’t doing his job,’ Mr Marles said.

But the Coalition is trying turn the attack back onto Labor, highlighting the deputy leader’s previous comments on China.

Mr Marles confirmed reports he had shown Chinese government officials a copy of a speech he gave at a Beijing university in 2019.

‘I made a speech in China where I criticised China and I wanted to make sure that the Chinese government were not at all surprised with what I was going to say,’ he said.

‘The assertion made by the government is another desperate attempt to divert from their failings in the Pacific.’