By Jessica Janes For Mailonline

The happy couple beamed as they arrived in the paddock prior to the event wearing their VIP passes.

Along with a high waisted-belt to cinch in her waist and accentuate her slender figure.

She decides to accessorise the casual ensemble with a black tassel cross-body bag and some gold jewellery pieces.

To finish off the look she adorns a pair of contrasting white shoes with a pair of gold aviator-style sunglasses.

The blonde bombshell also let her locks fall loosely down her shoulders in natural waves. 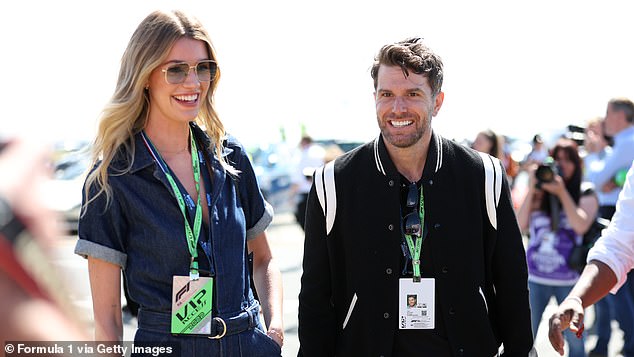 Race ready: The happy couple can be seen all smiles as they arrived in the paddock prior to the event wearing their VIP passes

Wearing an all-black outfit that featured a pop of the colour white to match his wife’s shoes.

His outfit consisted of an oversized black bomber jacket that featured white stripes on the collar.

Along with a shirt and a pair of black skinny jeans to finish off the all-black look.

However, when it came to the shoe department he opted for a pair of contrasting  white trainers so that he and his wife were matched in that department.

Joel popped the question to Hannah in 2017, and the pair married two years later in Mykonos, Greece.

The pair’s wedding was a small ceremony that consisted of just 28 people. The reason being as told to the MailOnline, that they only wanted their closest friends and family there so they can all have a wonderful time. 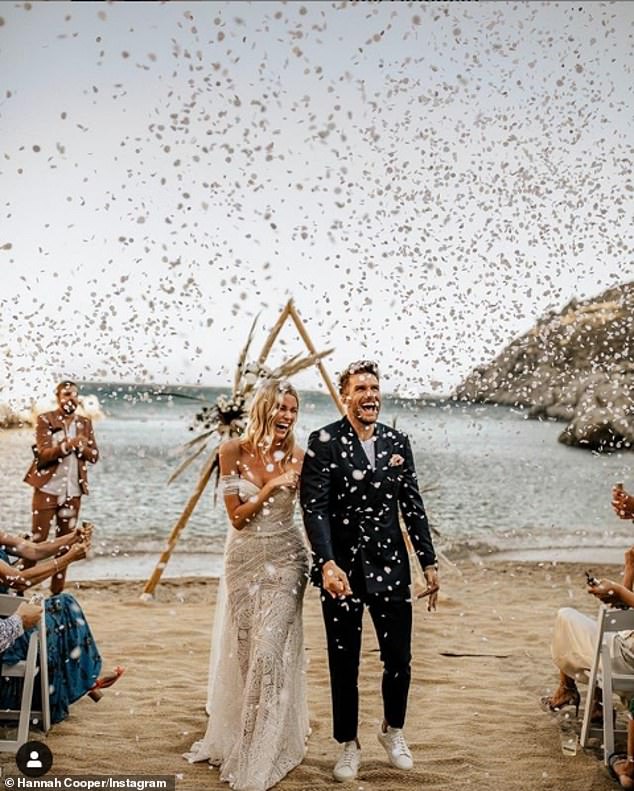 The big day: Joel popped the question to Hannah in 2017, and the pair married two years later in Mykonos, Greece with the pair’s wedding consisting of a small ceremony of just 28 people