Joe Rogan has spoken of his close friendship with celebrity chef Anthony Bourdain and the deep sense of loss he felt at his death by suicide in 2018.

Speaking during Wednesday’s edition of his podcast, Rogan spoke candidly together with his guest, comedian Sam Morril.

Rogan revealed how Bourdain’s death affected him particularly badly and that he has even resorted to saving an old cellphone containing text messages and photos he received from him during the course of their unlikely but close friendship.

‘When he died, I was f****d up for a while,’ Rogan revealed. ‘He’s just like a guy that I was so excited that he was my friend. You know, like when I first met him, I said, “My wife says you’re my boyfriend.” And he was like, “Okay,”‘ Rogan joked.

He also said that said the pair shared a bond over martial arts and the UFC.

Rogan explained how going out to dinner with Bourdain like ‘showing up at a rock show with Mick Jagger.’

‘It’s like, you were with Bourdain. The chefs would all come out and they would, you know, they would insist on like, just like off the menu. “Let us cook for you.” Yeah, it was incredible,’ Rogan said.

Bourdain, who was also a travel documentarian and who developed several food and travel shows said that he would often call Bourdain if he needed travel advice. 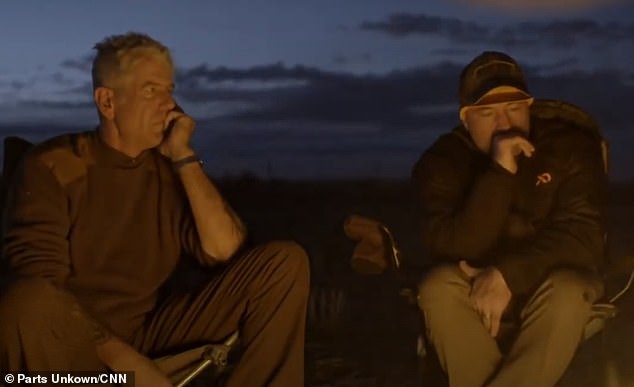 Rogan discussed his reaction to Bourdain’s passing on his podcast. Bourdain, left, and Rogan are seen together on Bourdain’s travel show 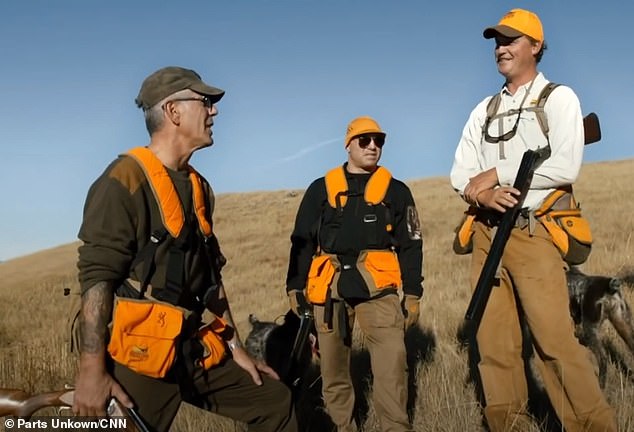 Rogan, pictured center, said he would often call on Bourdain, left for travel advice and receive a wealth of restaurant recommendations

‘I used to be able to text him and say like, “Hey, I’m going to Tokyo. Where should I eat?” It was the best. He would tell you, like, “You gotta go to this sushi place. You gotta go to this place.” And he would like give you a detailed rundown of all the places to go to,’ he said.

‘I have an old phone that — I change my number all the time and I keep this number because I have text messages from him. I’m just like, I’m not getting rid of that number. I’m just gonna keep that number just for that. Just to go over the text messages and see pictures and shit he would send me,’ Rogan said tearing up.

‘There’s a lot of photos of him and stuff around the studio that remind me,’ Rogan said clearly sounding emotional.

Bourdain was an early guest on the Joe Rogan Experience in 2011 and is one of the more popular episodes.

Rogan also appeared in a Season 7 episode of Anthony Bourdain: No Reservations during which the pair went to Montana to hunt pheasant together. 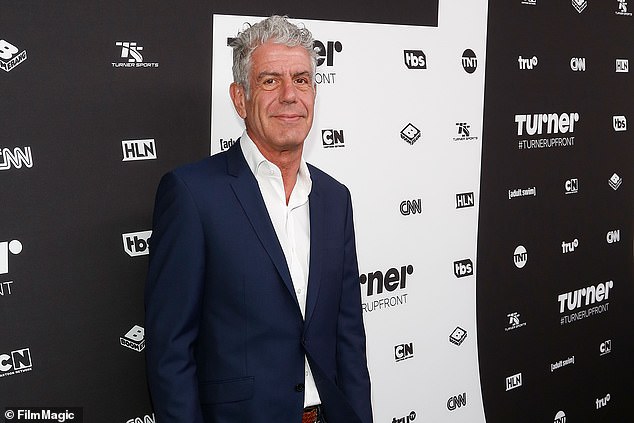