The Cincinnati Bengals will be without three of their starting offensive linemen in this weekend’s highly-anticipated NFL Divisional round playoff matchup against the Buffalo Bills.

Left tackle Jonah Williams and right guard Alex Cappa were officially ruled out this week, while right tackle La’el Collins has been out with a torn ACL suffered in Week 16.

Bengals coach Zac Taylor said the offensive line’s communication and level of detail has been the most encouraging thing as Cincinnati prepares for Buffalo’s loud and rowdy home crowd. 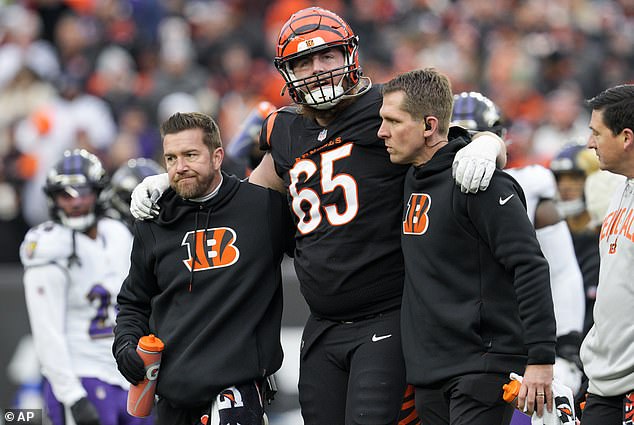 ‘I thought they did a good job,’ Taylor said of the group’s synergy. ‘I think they are ready to go and take advantage of their opportunities.’

Cincinnati’s offensive line will need all the synergy in the world and perhaps even some luck to not only hold up against the Bills front seven, but more importantly to make sure the Bengals offense doesn’t have repeat of last year’s playoff disaster.

During last year’s Divisional playoff round matchup against the Tennessee Titans, Burrow was sacked for a playoff record nine times. This came in the midst of a season that saw Burrow take a league-leading 70 sacks.

This was in line with the story throughout most of Burrow’s short tenure in Cincinnati as the team has struggled to protect him at an astounding level despite his ability to remain extremely productive. 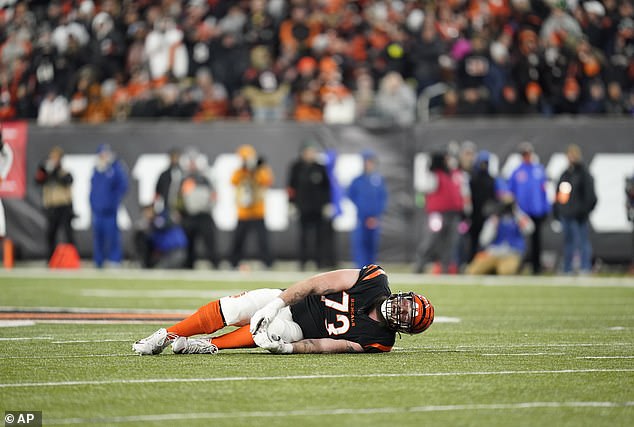 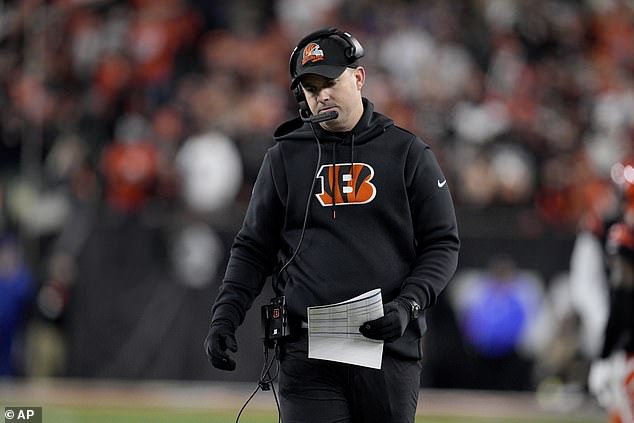 Burrow’s rookie season with the Bengals ended after he suffered a torn left ACL and MCL as Cincinnati’s offensive line struggled to protect the former LSU standout.

As a rookie, Burrow was hit 72 times through nine games – tied with Giants QB Daniel Jones for the most by a rookie QB in his first nine games since 2000.

Coming into this weekend’s contest right guard Max Scharping and left tackle Jackson Carman have continued to work at those respective positions with Williams and Cappa out all week.

Bengals offensive coordinator Brian Callahan said the injuries don’t change much for his players, however.

‘It doesn’t really change how we go about our week and how we play,’ Callahan said earlier in the week. ‘We just know that we’ll have time and place to help guys when they need it.’ 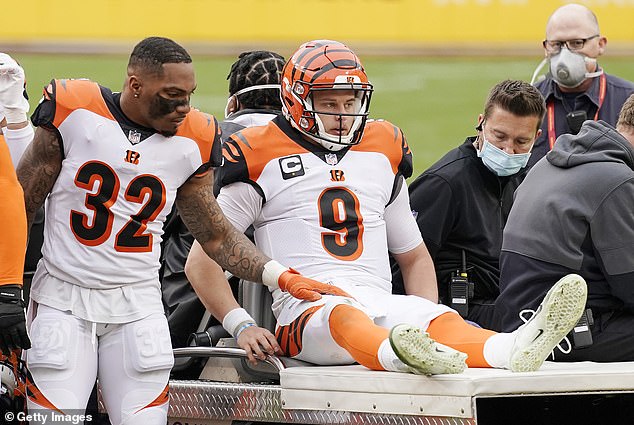