Hunter Biden introduced his father Joe to an adviser at his Ukrainian gas firm before the then-vice president lobbied for the firing of a prosecutor who had investigated the company, according to a trove of emails obtained from his laptop and revealed by Donald Trump’s attorney Rudy Giuliani.

Burisma adviser Vadym Pozharskyi thanked Hunter Biden for ‘an opportunity to meet your father’ in an email sent in 2015, according to the stash of data given to the New York Post by Giuliani.

A year later, Joe Biden successfully pushed for the prosecutor’s removal, amid concerns at his failure to tackle corruption which were shared by other countries.

The files also show Hunter repeatedly apparently referring to his father as ‘my guy’ while writing to a colleague at Burisma.

The Post says the collection of messages and images were recovered on a MacBook Pro laptop that was brought into a Delaware computer shop by someone looking like Hunter and never picked up. It had a Beau Biden Foundation sticker on it.

Giuliani said the FBI had investigated it and produced a grand jury summons as evidence. It is unknown what the FBI investigation was into or what has happened to it.

The emails appear to shed new light on the younger Biden’s business dealings in Ukraine, which were at the center of the Trump impeachment probe and which the president has repeatedly tried to use against the Democratic nominee.

Joe Biden, who leads the polls with 20 days left until the election, has previously said he never speaks to his son about his overseas business dealings.

Hunter Biden and his father Joe Biden in 2016. Hunter’s business dealings in Ukraine were at the center of the Trump impeachment case

Other material in the cache is said to include sexually explicit images of Hunter, and footage of him smoking drugs while engaged in a sex act with a woman.

The Post published four pictures of Biden in states of undress, one apparently in a bath, one in bed, and smoking in two of them.

Hunter, 50, has admitted to cocaine use in the past and received an administrative discharge from the US Navy reserve for that reason in 2014.

The trove of files was given to the Post by Giuliani after the computer store owner gave one copy to the FBI and kept hold of another.

He eventually gave it to Giuliani’s lawyer, and the contents were passed to the Post after the paper learned of its existence from former Trump aide Steve Bannon.

Shokin had previously led an investigation into the company’s owner.

The lawyers did not comment directly on the content of the emails, while Joe Biden and his campaign have yet to respond.

The April 2015 email from Pozharskyi came a year after the Burisma adviser had written to Hunter asking for ‘advice on how you could use your influence’.

Discussing his apparent meeting with Biden senior, Pozharskyi said it was an ‘honor and a pleasure’ to be introduced to the then-vice president.

By late 2015, Biden was lobbying for the removal of Shokin, a position supported by the Obama administration, the IMF and other Western countries who regarded him as ineffective and an obstacle to corruption.

In one phone call, then-Vice President Biden told Ukraine’s president that he would commit a $1billion loan guarantee to the country once Shokin was fired.

Biden, 77, described this in a speech in 2018, saying: ‘I looked at them and said: I’m leaving in six hours. If the prosecutor is not fired, you’re not getting the money.

The IMF also threatened to withhold $40billion to Ukraine if it failed to remove Shokin. 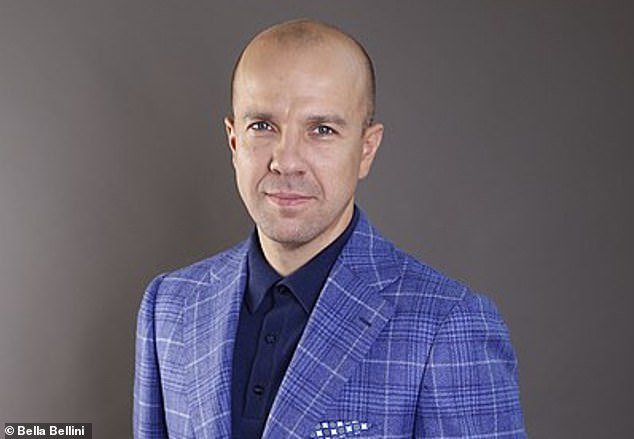 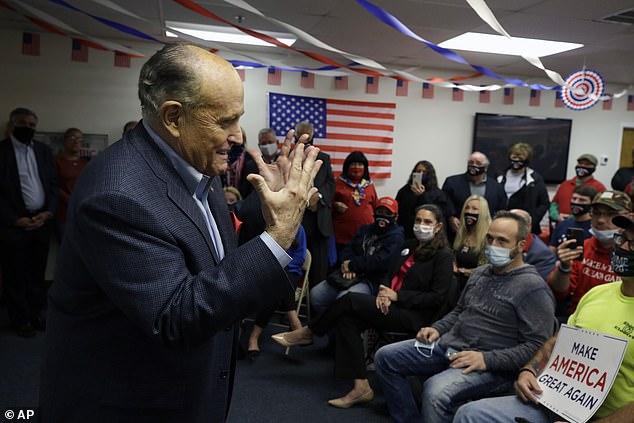 The files have been publicized by Trump’s lawyer Rudy Giuliani (pictured), who has spearheaded claims against Democratic nominee Joe Biden

Shokin was indeed fired in March 2016, by which time his investigation into Burisma had already been lying dormant for a time, according to reports last year.

However, Burisma did have a reputation for corruption and last year’s impeachment inquiry was told that Hunter Biden’s involvement ‘created the potential for the appearance of a conflict of interest’.

Hunter joined the Burisma board in 2014 and served a five-year term, but reputedly never visited Ukraine for company business in that time.

The issue came rushing back into the spotlight last year after President Trump lobbied Ukraine’s new president to investigate the Bidens’ dealings.

Trump’s request led to his impeachment after Democrats said he had abused his powers to strong-arm Ukraine into granting him a personal political favor.

Democrats said Trump had used $391million of  foreign aid as a threat to pressure Ukraine, but the president denied there was any ‘quid pro quo’. He was acquitted by the Republican-controlled Senate.

A report by the Democratic-led House Judiciary Committee said last year there was ‘no legitimate basis’ to accuse Joe Biden of wrongdoing.

The report argued that Shokin’s removal ‘would have increased the likelihood that Burisma would be investigated for corruption, not the opposite, given that Mr. Shokin was widely considered to be both ineffective and corrupt’. 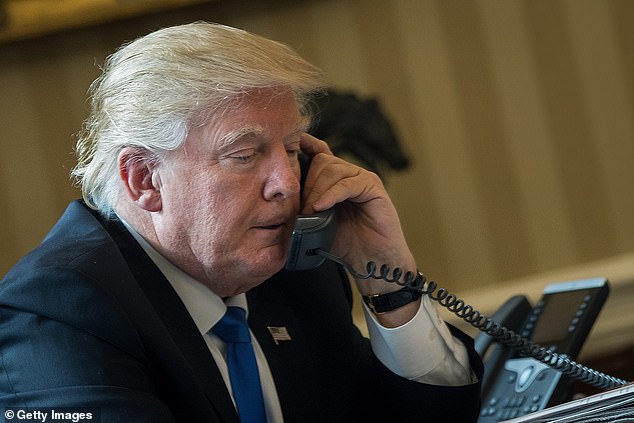 The Hunter Biden issue came rushing into the political spotlight last year after Donald Trump (pictured) lobbied Ukraine to investigate the Bidens, leading to his impeachment

Trump tried to bring up Hunter at last month’s presidential debate in Cleveland, saying he was ‘given tens of millions of dollars’ in his business dealings.

The president also referred to Hunter’s cocaine use, while incorrectly claiming that Hunter had been dishonorably discharged from the US Navy Reserve.

Joe Biden said in the debate: ‘My son, like a lot of people, had a drug problem. He’s overtaken it. He’s fixed it. He’s worked on it. And I’m proud of him.’

Hunter Biden’s activities at Burisma have also been the target of scrutiny by a committee in the Senate.

One email sent to his business partner Devon Archer around the time Hunter joined the company’s corporate board repeatedly refers to his father as ‘my guy’.

In the same email, Hunter discussed a Burisma contract which he felt ‘should include a retainer in the range of 25k per month’.

It is reportedly dated just over a week before Joe Biden held a press conference in Ukraine with the country’s PM Arseniy Yatsenyuk in April 2014.

‘The announcement of my guys [sic] upcoming travels should be characterized as part of our advice and thinking – but what he will say and do is out of our hands,’ Hunter Biden wrote on April 13, 2014.

‘In other words it could be a really good thing or it could end up creating too great an expectation. We need to temper expectations regarding that visit.’

Unwittingly caught up in the impeachment row last year, Ukraine’s president Volodymyr Zelenskiy has said Ukrainians are ‘tired’ of the issue and does not want Ukraine being dragged into the 2020 presidential race.