Actress Jodi Gordon and her investment banker boyfriend have settled Apprehended Violence Orders against one another in court two weeks after she allegedly hit him with a wine bottle while drunk on a Sunday morning.

The former star of Home and Away, Underbelly and Neighbours actordid not appear  at Windsor Local Court for the hearing finalising the orders on Thursday morning, nor did 31-year-old Sebastian Blackler.

But his lawyer Michael Bowe has exclusively revealed to Daily Mail Australia that the tumultuous romance between his client and the 37-year-old Logie award-winner is finally over.

By the consent of both Ms Gordon and Mr Blackler’s lawyers, Magistrate Leanne Robinson ordered that the couple obey two condition for a period of two years.

The conditions are that the two do not approach or contact each other unless through a lawyer, and that they do not assault, threaten, harass or interfere with each other.

This is the second AVO taken out against Mr Blackler after police were called to an altercation between the two, and court documents allege attending police found Ms Gordon ‘well affected by intoxicating liquor’. 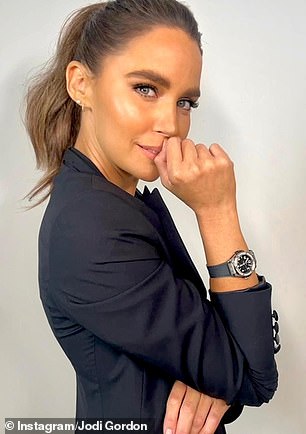 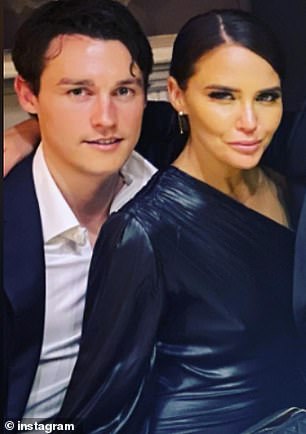 Documents tendered to the court also allege that police ‘fear domestic assaults are occurring between the parties with Gordon’s consumption of intoxicating liquor exacerbating the violence’.

The AVOS against Ms Gordon and Mr Blackler, a Sydney wealth management firm portfolio manager, relate to an alleged altercation between the pair on April 3 in far north-western Sydney.

Daily Mail Australia understands the couple would regularly travel out of town – on this weekend, 80km from Ms Gordon’s Double Bay apartment – to escape the cameras of the paparazzi.

On the Sunday morning in question, NSW Police were called to a bed and breakfast in Kurrajong Heights, and arrested Mr Blackler, but later released him without charge.

Court documents reportedly said when police asked him about bruising and swelling to his left eye, he alleged said his girlfriend ‘hit him with a wine bottle’, but declined to make a formal statement..

The AVO documents, obtained by The Australian newspaper, also police found bruising on Ms Gordon’s left eye and bottom lip, and three lumps on her forehead, but believed the injuries were days old. 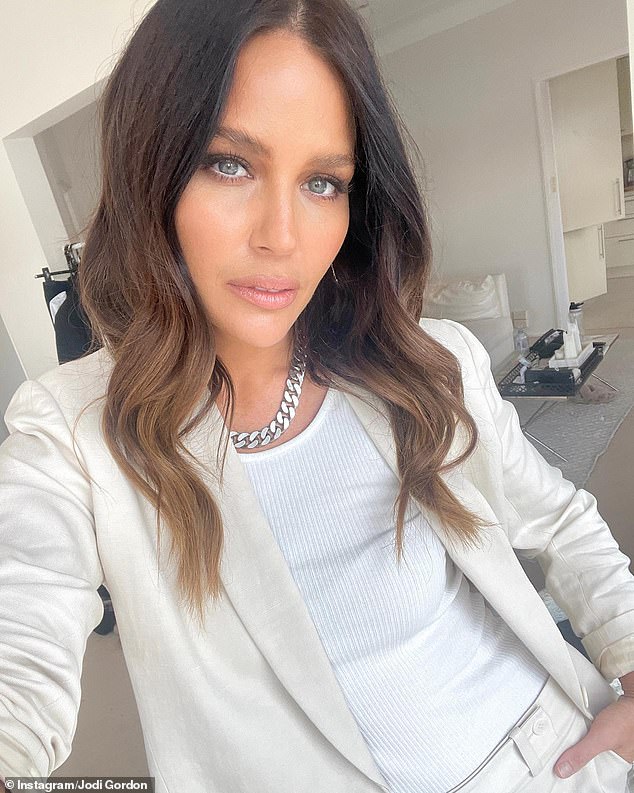 Court documents allege that investigators found Gordon (pictured) with bruising to her left eye and bottom lip, and with three lumps on her forehead 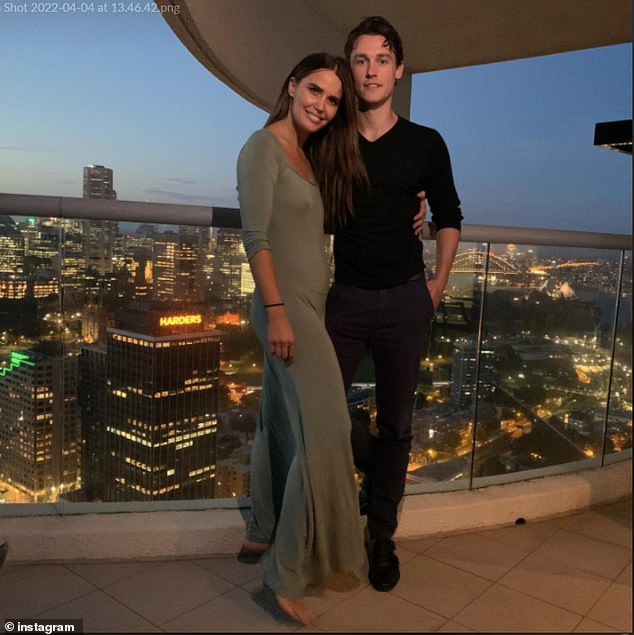 ‘There is clearly domestic violence occurring between the parties [but they] are reluctant to disclose how the injuries have been sustained,’ the documents said.

Officers took out a restraining order against Ms Gordon on behalf of Mr Blackler, who was also issued with an AVO against the actress over the same alleged incident.

Police would not provide a statement when contacted by Daily Mail Australia.

The couple had previously broken up in May 2021, but are understood to have rekindled their relationship in February this year following the expiry of an earlier AVO.

The new court orders state the pair must not must not assault or threaten stalk, harass or intimidate each other.

They are also prohibited from intentionally or recklessly destroy or damage any property or harm an animal the other person owns. 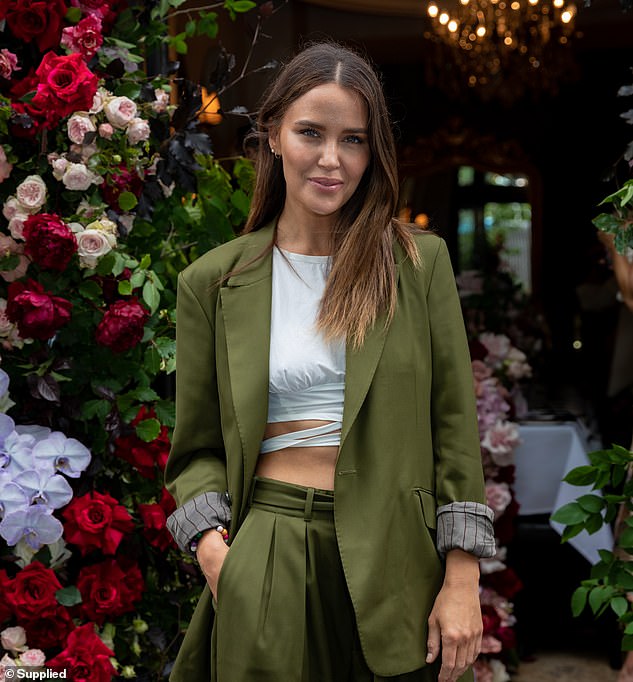 Ms Gordon’s order also bars her from being in Mr Blackler’s company for at least 12 hours after drinking alcohol or taking illicit drugs.

It is not the first time police have taken out an AVO against Mr Blackler on Ms Gordon’s behalf.

Police were called to Ms Gordon’s Double Bay apartment, in Sydney’s eastern suburbs on November 27, 2020, over reports of an alleged domestic violence incident. 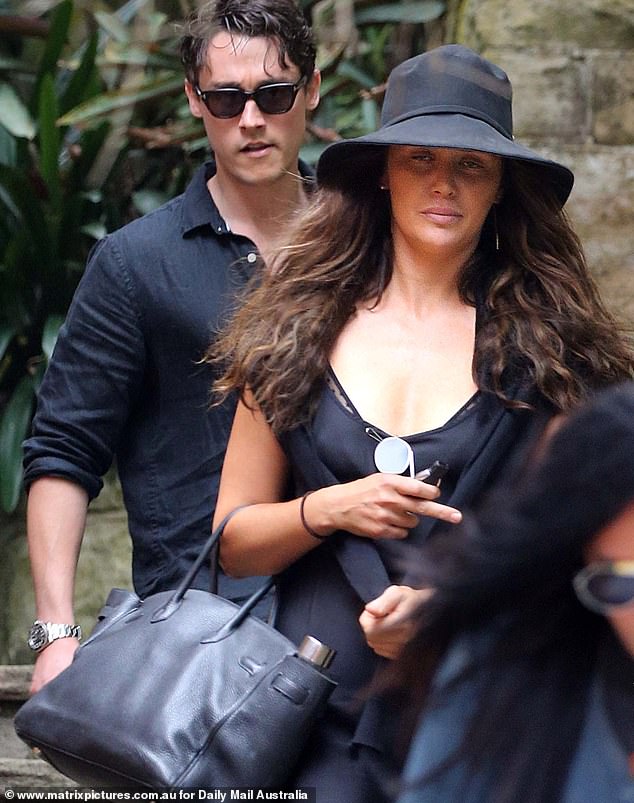 Jodi Gordon split with Mr Blackler (above, the couple in 2020) in May last year, but after an AVO expired in December the pair reportedly rekindled their relationship in February

The following month, a court order was issued banning Mr Blackler from assaulting or threatening, stalking, harassing or intimidating Ms Gordon, but that expired at the end of 2021.

Ms Gordon, who played Martha MacKenzie on Home and Away from 2005 to 2010, shares daughter Aleeia with her ex-husband, former NRL star Braith Anasta.

The former couple married in 2012, welcomed their daughter in 2014, and separated a year later.

The Sydney Retreat’s mantra for ‘for individuals and families struggling with alcohol and drug addiction is ‘recovery starts here There is hope. We can help.’

Part of its program includes giving ‘our clients the opportunity to have regular contact with members of the recovery community who have managed to stop drinking and taking drugs’.