‘It will be a medical procedure and I am the surgeon’: Joanna Jedrzejczyk promises ‘smart violence’ in highly-anticipated rematch with Zhang Weili at UFC 275 after the last fight left her face in a shocking state

Joanna Jedrzejczyk has promised her rematch with Zhang Weili will be a ‘medical procedure’ such is the sharpness of her tools ahead of UFC 275.

The Polish fighter has taken time out since her first brutal, enthralling battle with the Chinese star in 2020 but is rejuvenated and raring to go again.

They face off in Singapore this Saturday and Jedrzejczyk insists she will be in ‘her best shape ever’.

She told MMA Junkie: ‘It was my personal decision to not fight. The first break I took was after the fight with Valentina Shevchenko. I needed that. When I was the UFC champ, I was fighting very often.

‘I was very active. One of the reasons I took a longer break was the time for myself. We don’t have the balance between the private life and the business and sports life.

‘Then there was no fans at the arena and for me, there is no sport, any sport, without fans. I’m happy I can perform in front of thousands of people in the arena or watching TV.’ 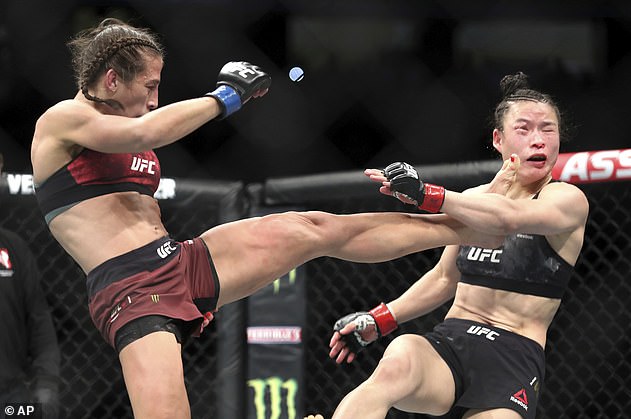 Jedrzejczyk’s first encounter with Weili was so remarkable that it was awarded 2020 Fight of the Year.

Since then, Weili has lost twice against Rose Namajunas and Jedrzejczyk thinks the brutality of the last time they met has taken something from the former champion.

‘I just have to put the gas pedal down and be first, violent, but smart from the first seconds of the fight. 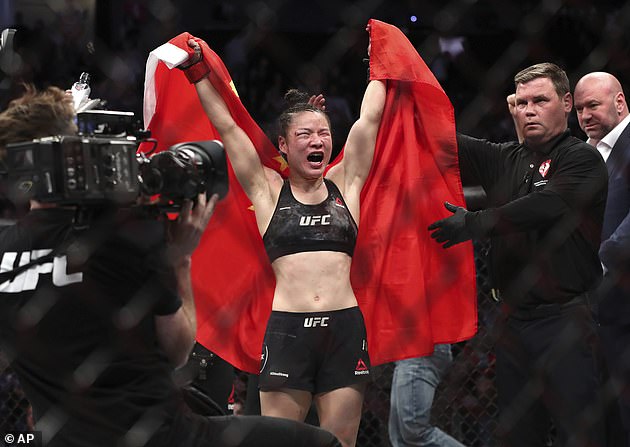 ‘There is no time to be wasted in this fight, so we have to play my game from the first seconds of the fight.

‘It’s going to be medical procedure,’ Jedrzejczyk said. ‘I’m going to be the best surgeon and I will pick the right tools and use them at the right time. Sharp.’

Jedrzejczyk’s inactivity has seen here removed from the strawweight rankings but a win over Weili would see her parachute straight back into the top five.