Joan Collins will compare the challenges thrust upon the nation this Christmas to those endured in the Second World War.

The actress, 87, admits this year has been ‘worse’ than her childhood experience during the Blitz as many families are unable to visit loved ones due to the government’s new tiered restrictions.

Joan is set to appear on Good Morning Britain’s first ever Christmas Special, which will see hosts Piers Morgan and Susanna Reid chat to a slew of festive guests.

Tough: Joan Collins, 87, will compare the challenges thrust upon the nation this Christmas to those endured in the Second World War

Asked about her thoughts on a challenging year, Joan says the idea of families being forced to stay apart this Christmas reminds her of growing up during the war, and being moved from various homes after evacuated to the countryside.

She says: ‘Well this year has been worse than anything I can possibly remember because you see I was such a young child during the time of the war and my mother was terribly protective and although she was scared stiff, she didn’t really allow us to be scared.

‘We went for maybe two or three months then we would come back, and the Blitz would start.’ 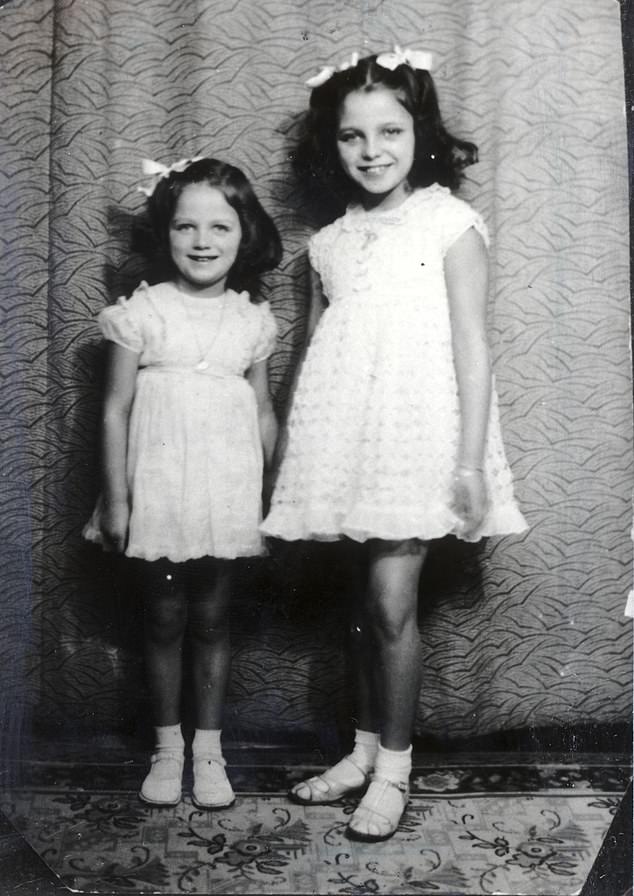 Tough: The actress admits this year has been ‘worse’ than her childhood experience during the Blitz as many families are unable to visit loved ones (Joan is pictured right with sister Jackie)

Joan also reflects on living in London at the height of the Blitz, which saw thousands killed and homes destroyed every night for months from 1940 to 1941.

She adds: ‘It was quite scary going down into the Tube stations at night but it was so convivial Piers and Susanna, that’s what I miss about this last nine months, people were hugging each other.’

The acting legend also tells Piers and Susanna the country is missing the unity that helped the UK eventually win the war, especially as England is divided into different tiers of COVID-19 restrictions. 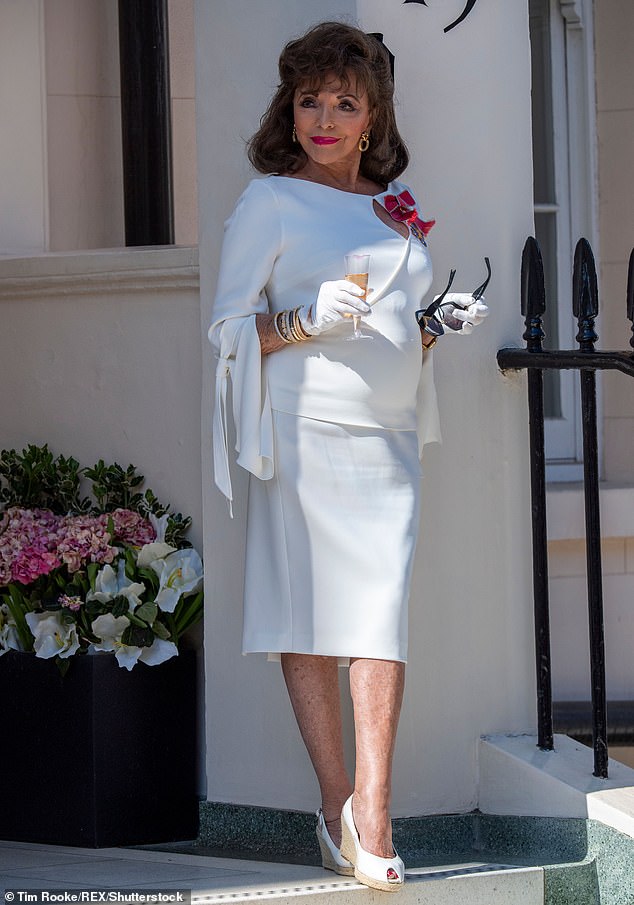 Things will get better! Joan also offers her own Christmas message for the nation, saying: ‘We’ll meet again, as soon as possible, I hope, and I think we will’

She adds: ‘Laughing and drinking and talking and telling jokes and playing – what are those things – accordions and it was a lovely atmosphere that I remember of friendliness and camaraderie. And frankly I’ve really missed that.’

Piers asks Joan whether she has own Christmas message for the nation, and she adds: ‘We’ll meet again, as soon as possible, I hope, and I think we will.

‘Now that we have this vaccine that I will go rushing to get, I think that we can all start looking on the bright side again.’

During the festive show, both Piers and Susanna are set to poke fun at their recent weight gain. 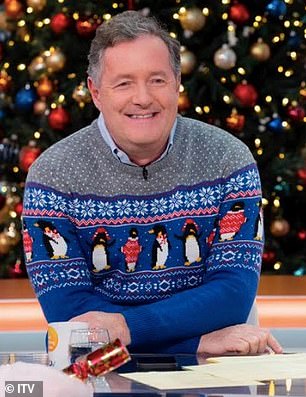 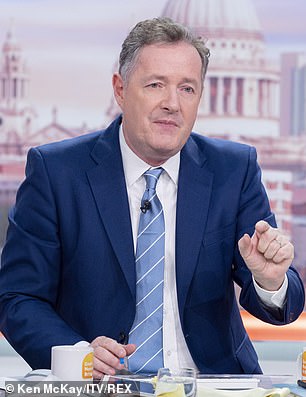 ‘My jumper is a little tight!’ During the GMB Christmas Special hosts Piers Morgan (pictured L on Friday and R in February) and Susanna Reid poke fun at their weight gain

The news anchors joke about putting on the pounds during the coronavirus pandemic, with presenter Piers admitting he had to slash the back of his festive jumper into order to fit into it for his TV appearance.

Putting on a typically hilarious display, host Piers kicks off the show by detailing his wardrobe issues following months of nationwide lockdowns.

The media personality tells his co-star: ‘I always wear a silly jumper on Christmas and I’ve worn one here with penguins to reflect the fact that I often identify as a two spirit penguin as you know… 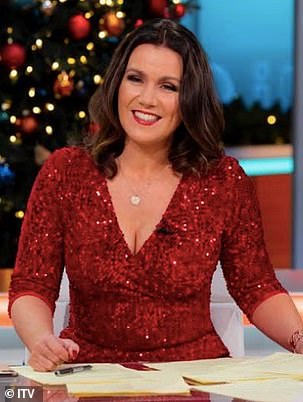 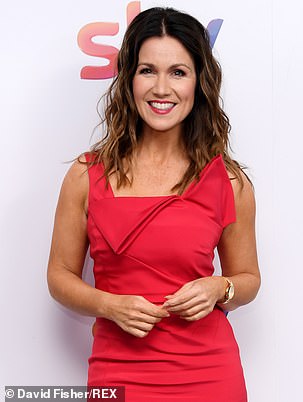 ‘I have put on, let’s say quite a few pounds, in lockdown and over the year…’: Journalist Susanna also reveals her weight woes (pictured R in March)

‘[it’s] a little tight, in fact, so tight they had to physically slash the back of the jumper. I’m not going to show you yet but I might do later once the mulled wine starts to kick in but…

‘Let’s just say it wasn’t quite big enough so Debbie, ”Debbie Dresses”, we call her who normally works on dresses…Had to come to me with a large pair of secateurs and just basically go csshhrrt and so you know it sort of loosened things up a bit.’

Susanna – who has been teetotal for over a year – reveals her weight woes as she adds: ‘Yes and I have put on, let’s say quite a few pounds, in lockdown and over the year…’

Watch Good Morning Britain on Christmas Day from 7am on ITV. 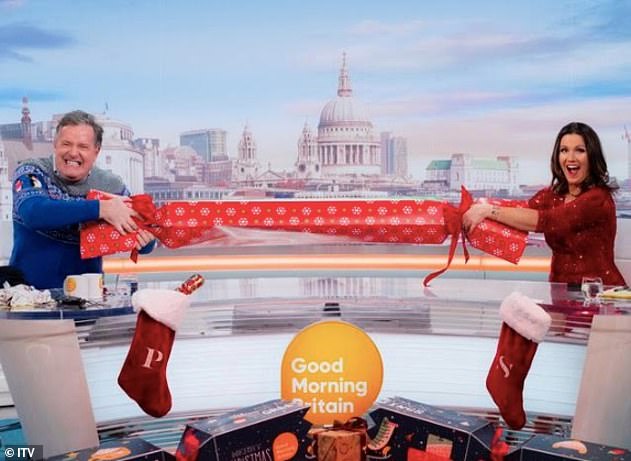 On soon: Watch Good Morning Britain on Christmas Day from 7am on ITV