A pilot arrested over the mysterious disappearance of two elderly campers was filmed on CCTV casually chatting with his neighbour just hours before being taken into custody.

Jetstar pilot Gregory Lynn, 55, was arrested on Monday night by heavily-armed specialist police at a remote campsite in Arbuckle Junction, a four-hour drive north-east of Melbourne.

He was arrested about 100km south from where secret lovers Russell Hill, 74, and Carol Clay, 73, went missing in the Wonnangatta Valley in March 2020.

Lynn was charged with two counts of murder on Thursday evening.

On Sunday afternoon, surveillance footage showed him welcoming a new resident to his Caroline Springs street in Melbourne’s west.

Greg Lynn (pictured) is an avid camper and posted multiple pictures of himself on outdoor getaways. He was arrested on Monday night over the mysterious disappearance of two elderly campers

The CCTV video showed the avid outdoorsman in an Akubra-style hat walking towards the neighbour and giving a compliment about his car.

‘He said “I like your truck”. I even offered this bloke a beer,’ the neighbour Leo told 9News.

‘He said ‘I’m the new neighbour” and “welcome to the neighbourhood”.’

‘He looked very laid back, one of those blokes who keeps to himself.’

The pair also discussed neighbourhood safety issues during their brief encounter, with footage showing Leo point at what appeared to be a CCTV camera out of shot. 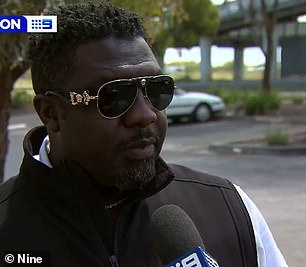 Lynn is believed to have lived in Caroline Springs for more than a decade.

His Nissan Patrol four-wheel-drive has been seized but police are yet to track down the man’s trailer.

Detectives believe the silver-coloured trailer was sold last year between March and July and have issued an appeal to anyone who bought one at that time matching the description to come forward.

‘If they’ve received one or purchased one and… they don’t absolutely know who they purchased it from…  there might be something suss about it – if they could contact Crime Stoppers that would be fantastic,’ Chief Commissioner Shane Patton told Melbourne radio station 3AW on Thursday. 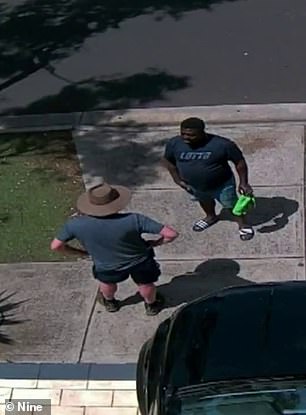 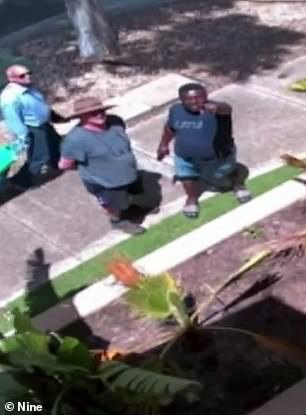 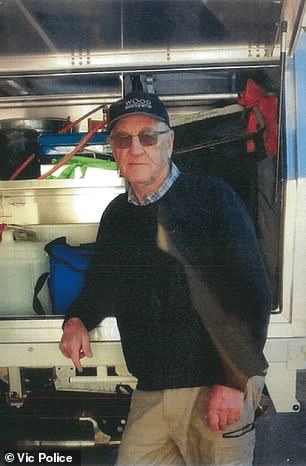 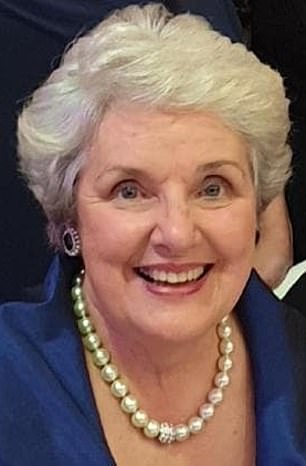 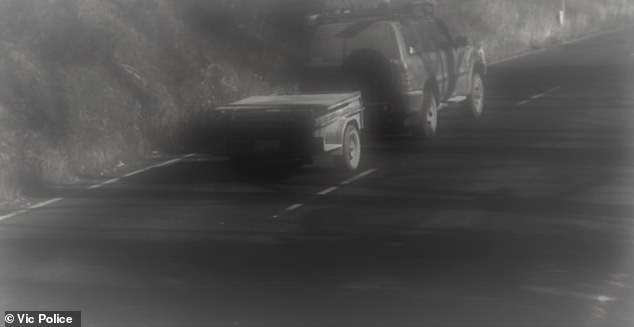 A mid-1990s model Nissan Patrol (pictured) is central to the investigation after being captured on CCTV near where the couple went missing. Police are also trying to locate the silver trailer which they said was sold between March and July 2020

The 4WD (pictured in a police sketch) has roof racks, side steps, off-road tyres and a bulbar. The box trailer is ‘fairly standard’ but has been fitted with ‘off-road wheels’, police said

Mr Patton confirmed the man in custody, a check captain with budget airline Jetstar, was spoken to by police previously before his dramatic arrest. 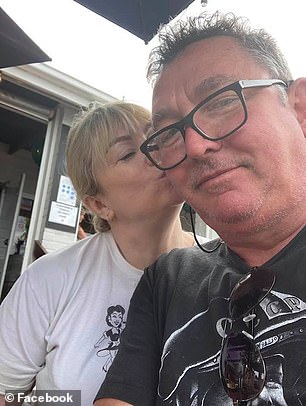 Jetstar pilot Gregory Lynn, 55 (pictured with wife Melanie), was arrested by heavily armed police in a dramatic operation on Monday over the disappearance of Russell Hill, 74, and Carol Clay, 73

Lynn has been stood down from his job with the airline saying it will assist investigators if needed.

Investigators seized his 4WD following a public appeal for a blue late 90s Nissan Patrol, which was captured on CCTV in the area the night Mr Hill and Ms Clay vanished.

Although the pilot’s Nissan Patrol is the same make and model as the one police were looking for and has the same roof rack – it is beige, not blue.

Police are investigating whether he repainted the car.

Google Maps images show, in 2019, there was a blue Nissan Patrol parked in Mr Lynn’s driveway.

Another image taken this year reveals an identical 4WD but coloured beige.

Witnesses reported a number of sightings of the vehicle, including near the campsite, with police yet to confirm they have tracked down the driver or excluded them as a person of interest. 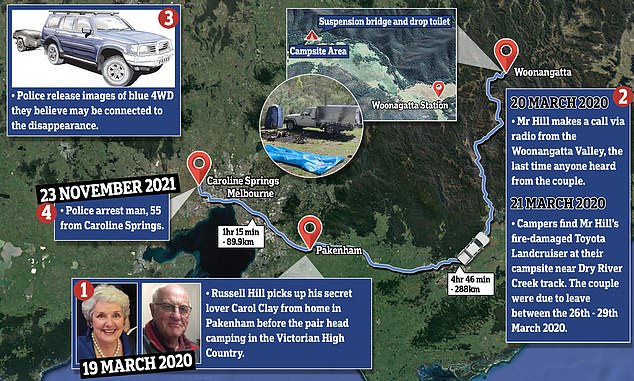 Police believe the pair may have had an altercation with another camper, possibly the driver of the blue 4WD.

It was towing a trailer and was heard performing a 20 to 30-point turn on a narrow track the night the pair vanished.

Mr Hill and Ms Clay were last heard from in March last year while camping in the Victorian Alps.

Mr Hill left his Drouin home on March 19 and picked up Ms Clay from her home in Pakenham in his white Toyota Land Cruiser. 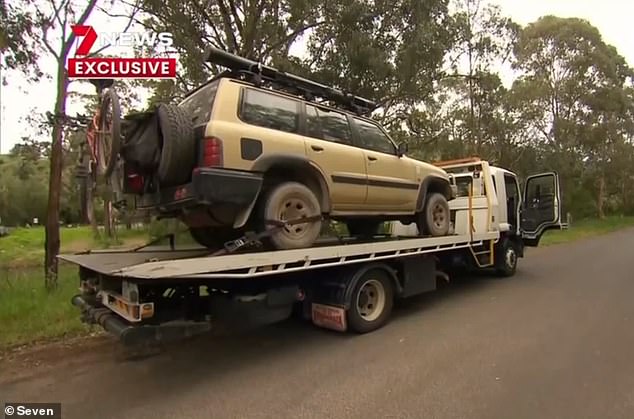 The beige off-roader was taken by police on Monday at a remote campsite in East Gippsland where heavily armed officers swooped on the suspect, north of Sale

On March 20, Mr Hill made a call via high-frequency radio saying he was at Wonnangatta Valley.

During the call, he said he was having radio transmission issues.

Ms Clay, a former Victorian Country Women’s Association president, told friends she was heading away and expected to return home on March 28 or 29.

Investigators were told the couple were camping together at Wonnangatta River near the Wonnangatta camping ground.

The pair have not been seen or heard from since.