Jesse Lingard’s move to Newcastle is in danger of collapse, despite Ralf Rangnick giving the deal his blessing… as Manchester United hold firm in their demand for loan fee and substantial survival bonus

Jesse Lingard’s move from Manchester United to Newcastle is in danger of collapsing after the two clubs failed to agree terms.

Lingard was given the green light to spend the remaining five months of his United contract on loan at St James’ Park following talks with interim boss Ralf Rangnick on Tuesday.

However, Newcastle are reluctant to pay a loan fee and substantial bonus if they win their battle to stay in the Premier League, as well as footing Lingard’s £100,000-a-week wages. It’s understood the entire package could cost the club’s Saudi owners in excess of £15million.

United sources believe that is not unreasonable considering Lingard is an experienced England international and the cost of relegation would be 10 times that figure.

However, Newcastle are reluctant to pay a loan fee and hefty £12million survival bonus if they win their battle to stay in the Premier League, as well as footing Lingard’s £100,000-a-week wages. The entire package could end up costing the club’s Saudi owners £16.5m.

United have already rejected offers from Tottenham and West Ham because they are rivals for a top-four place, and now have six days to revive talks with Newcastle or find an alternative option.

Everton have also expressed an interest but there has been friction between the Glazer family and Farhad Moshiri in the past after United pulled the plug on moves for Sergio Romero and Van de Beek.

Now Lingard could be left in limbo until the end of the season when he will end a 21-year association with United and leave Old Trafford as a free agent.

The 29-year-old England international has played a bit-part role again this season, starting just two games under Ole Gunnar Solskjaer and Rangnick, and is desperate to reclaim a place in Gareth Southgate’s squad ahead of this year’s World Cup. 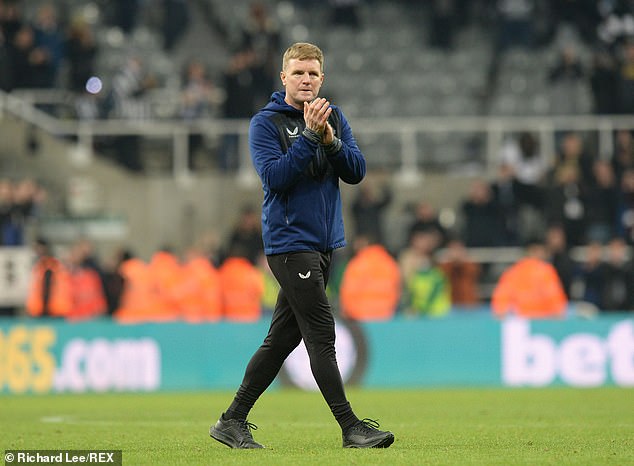 Lingard still wants to join Newcastle, having revived his fortunes with a successful loan spell at West Ham last year, but is becoming increasingly frustrated with United’s stance.

Meanwhile, Crystal Palace are interested in signing Van de Beek, another of United’s peripheral players, on a short-term basis.

Having blocked the Dutchman’s proposed loan move to Everton last summer, United may be more open to offers now with Valencia said to be another option.