West Ham footballer Jesse Lingard was forced to call in police after his watch was stolen from the team’s guarded dressing room during a game.

The 28-year-old midfielder had just played against Everton in the Premier League on May 9 (West Ham 0 – 1 Everton) at London Stadium, Stratford, when he noticed the watch was missing.

After a thorough search by the team the incident was reported to the Metropolitan Police, who confirmed they were called to investigate a burglary.

West Ham’s dressing room at the London Stadium is said to be heavily guarded during games and covered by CCTV – leaving players puzzled as to how a thief could have got through, the Sun reports.

Lingard is believed to own a collection of luxury designer watches and has been pictured wearing a Patek Philippe Aquanaut which can sell for around £50,000.

A source told the Sun: ‘Jesse was devastated, but nobody can believe it. It’s completely unheard of for something to be stolen from inside the players’ dressing rooms during a game.

‘Security at the stadium is top class. There are staff guarding the tunnel and all those areas — as well as CCTV all over the place.’ 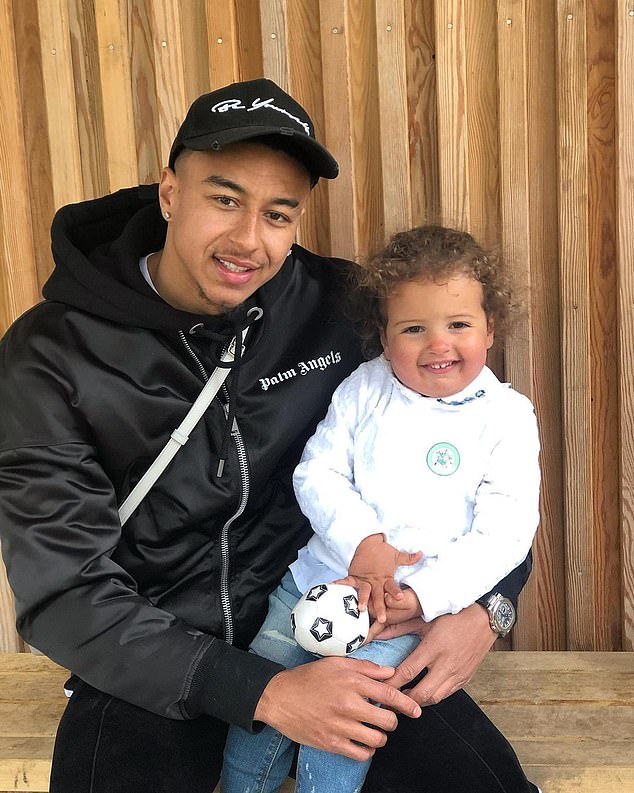 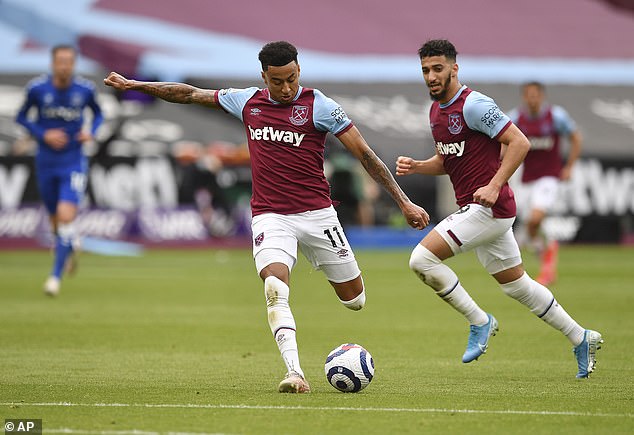 The 28-year-old midfielder had been playing against Everton in the Premier League on May 9 (West Ham 0 – 1 Everton) at London Stadium, Stratford, when he noticed the watch was missing

A Metropolitan Police spokesman said: ‘Police are investigating a burglary at the London Stadium.

‘It was reported that a watch was stolen from a changing room on the afternoon or evening of Sunday May 9.

‘There have been no arrests and enquiries continue.’

Lingard who has been on loan from Manchester United since January, has enjoyed a remarkable run of form – scoring nine goals in 16 games as well as contributing five assists.

As the loan comes to an end West Ham are reportedly concerned Manchester United will block any attempts to sign Lingard this summer.

A similar incident took place in 2017 when a gun-wielding motorbike rider tried to rob West Ham striker Andy Carroll of his £22,000 watch in a hold-up at some traffic lights.